The shame in our bleeding

Sep 18, 2014 8:00 AM PHT
Shakira Sison
Facebook Twitter Copy URL
Copied
Keeping women in the dark about their bodies to prevent sexual activity is just as effective as hoping people won't defecate if they're not told where the toilet is 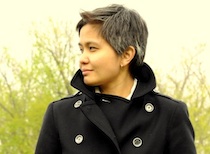 When I was a young girl, I was warned by the women in my father’s company that when I got my period, I shouldn’t bathe. They said that being in contact with water during one’s monthly cycle would cause a woman to become insane.

I shrugged off this warning the way I did the old wives’ tales that sleeping with wet hair caused blindness, and that the cure for kuliti (stye) was for the urine of a bunso (youngest child) to be dropped into your eye. But I could not shake off the idea that a whole community of these women didn’t shower for up to a week every month, all because of this superstition that no one ever challenged.

I couldn’t blame them for not having access to the truth. All these conversations about their bodies occurred in hushed tones. These women were all mothers. They were married and had babies grow inside them and pass through their bodies, yet they were totally clueless about how their own reproductive organs worked. Once, I found them examining each other’s breasts because they said that a woman’s breasts changed once they’ve been touched by a man. And then they mocked the unmarried one because her breasts looked “touched.”

Like many girls my age, I was surrounded by a lot of misinformation. I was frequently warned that riding a bicycle “devirginized” me and that no man would marry me if I continued to ride a bike. I couldn’t even understand the connection.

My nanny told me that my first soiled sanitary pad must be smeared on my face to prevent acne. I defied her just to prove a point. She was so angry that I broke her rules, and warned me that I would be acne-ridden all my life. (I’ve mostly had clear skin – thank God.)

It was understood that a woman’s bleeding was not to be openly discussed, especially not in the presence of a man. Once, in grade school, when the girls were left alone with a female teacher, she warned us that during our period we shouldn’t share toilets or swimming pools with boys or we would become pregnant!

While I went on to study in a high school with a decent sex ed program, I was still subjected to the constant embarrassment of being a woman. Euphemisms for the menstrual cycle were used constantly. Someone always referred to our normal bodily process as “the monthly curse.” Sometimes they would be creative and call it a monthly friend, a visitor, or even say that “Flo is in town.” In the vernacular we learned to say in a faint whisper whenever we exempted ourselves from an activity, “Meron ako (I have).”

There was an obsession in advertisements of feminine hygiene products to make it appear that women did not menstruate, or that they could still do whatever they wanted when they did. It was as if one’s period cut off a woman’s legs or rendered her disabled or unable to leave her home. Feminine hygiene products seemed to be in a contest of which one was thinner, dryer, or less obvious to this imagined stranger who did nothing but stare at our genital areas looking for a maxi pad. 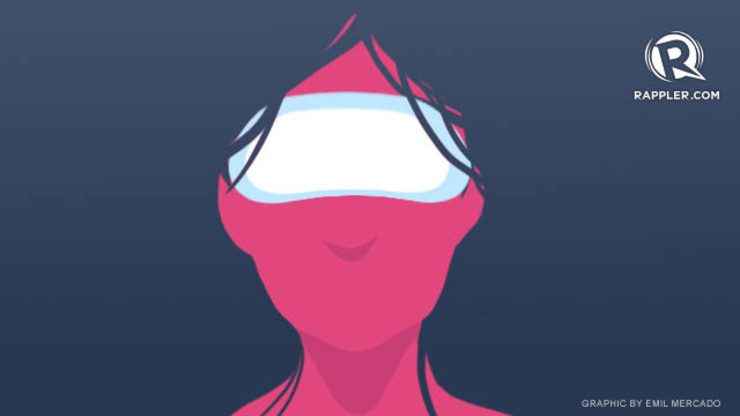 And forget about tampons! First of all, they were treated like contraband and one couldn’t even find them outside exclusive “PX” stores that sold American products. We were warned by nannies, mothers, teachers, and older women that tampons were only for non-virgins and loose women, and that a good woman had no business inserting anything into her own body parts.

The stigma of womanhood

There is a stigma surrounding menstruation that hasn’t left us since biblical times when a menstruating woman was considered impure. Several cultures and religions still observe the practice of treating women as untouchable during their period. We still can’t talk about it or even openly purchase feminine hygiene products from the store. We still cringe when we have to ask male family members to buy us what we need for our normal bodily processes, as if it’s some huge disgrace to be buying products that our loved ones need.

How come we don’t feel embarrassed to buy toilet paper when its purpose is equally (if not more) embarrassing? We’re not shamed for buying hemorrhoid cream or fungal medicine. We hide our feminine hygiene products during our cycles, clutching them tightly on our way to the bathroom. It’s as if we pretend that our periods do not exist, and if we even reveal clues to their existence we might as well die of shame.

This mystery is what allows others to treat our normal functions as dirty, undesirable, and completely foreign. We’ve even internalized this shame and are grateful if nobody notices this process of nature. We allow men to say we have bad tempers when we are menstruating. By not calling our periods by their proper names, or letting them know that we function quite efficiently whether or not we have our periods, we teach men to treat us differently because we are “on the rag.” “Nireregla lang ‘yan (She just has her period),” is an all too common remark used to dismiss us.

Women bleed once a month to continue the cycle of fertility that is essential to the creation of human life. There is nothing dirty or shameful about that. Respect for women should equal respect for all their body parts and functions, but it’s hard to even get into that.

The dangers of ignorance

Young women are taught that knowledge of their own bodies is a married woman’s preoccupation. There is still a popular misconception that if we didn’t know about our genitals, we wouldn’t use them – a belief that time and again has produced a countless number of unwanted pregnancies and exposed us to unnecessary health risks.

Keeping women in the dark about their bodies to prevent sexual activity is just as effective as hoping people won’t defecate if they’re not told where the toilet is. We will all find a way to answer nature’s call somehow. In both scenarios, not having access to basic needs often results in a big mess.

I still think about those women who do not shower when they’re menstruating. I think about how many weeks of their lives they’ve spent uncomfortably adhering to this lie. Then it makes sense to me when teens get pregnant without even knowing what causes it, if they don’t even know what their bodies are about. How can they buy condoms if they can’t buy tampons? How can they speak of contraception when they can’t even openly buy sanitary pads? How can we protect ourselves from men who take advantage of our ignorance if we are ashamed of discussing our own body parts?

An openness about our bodies and the acceptance of its needs and functions must precede the control of our reproductive lives. Let’s start by celebrating our periods instead of being shamed by them. They are our monthly reminder of our power as women, and we should teach our daughters to be proud of that. – Rappler.com

Shakira Andrea Sison is a two-time Palanca-winning essayist. She currently works in finance and spends her non-working hours fighting shame in subway trains. She is a veterinarian by education and was managing a retail corporation in Manila before relocating to New York in 2002. Her column appears on Thursdays. Follow her on Twitter: @shakirasison and on Facebook.com/sisonshakira.