Sep 25, 2014 6:24 PM PHT
Pia Ranada
Facebook Twitter Copy URL
Copied
One of the research initiatives that will experience a setback is a facility to simulate future weather in the country to study its effects on agriculture, flora and fauna 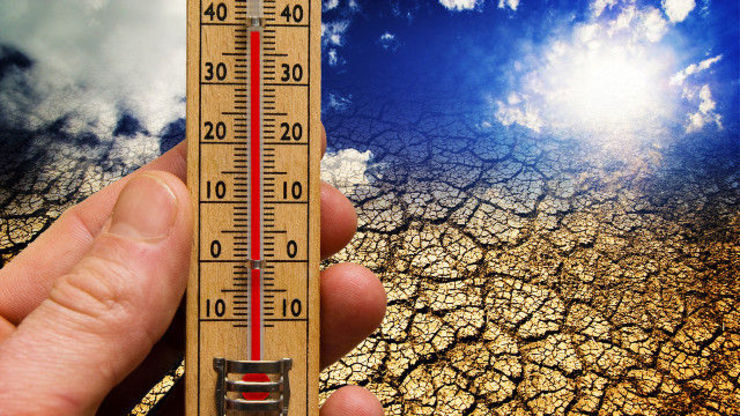 MANILA, Philippines – The House of Representatives approved on Thursday, September 25 the P19.173-billion ($427.8 million*) budget of the Department of Science and Technology (DOST).

Before the approval of the DOST budget, however, some lawmakers chastised the Department of Budget and Management (DBM) for slashing funds for climate change adaptation research.

“I would like to manifest our disappointment that, as the department that could really be a big step for our nation in the face of climate change and natural calamities, the DOST is not getting enough support,” said Buhay party-list Representative Jose Atienza Jr. (READ: 6 ways climate change will affect PH cities)

He was reacting to an announcement made earlier that the DOST division to suffer the biggest budget cut was Research and Development – a P7 billion (US$156 million) reduction from the department’s proposed budget.

In the proposed DOST budget, P5 billion ($112 million) was to be allotted to climate change adaptation research. But after screening by the DBM, this was reduced to P3.8 billion ($85 million).

“I cannot understand why the DBM has taken over the power of the Congress to determine what kind of projects and programs need a proper budget. I cannot understand why, in the case of climate change research, they should reduce that particular budget requirement,” said Abakada party-list Representative Jonathan dela Cruz.

Research on how the country can adapt to the effects of climate change needs all the funding it can get, said Dela Cruz, especially after President Benigno Aquino III made a commitment to prepare for the worst of the phenomenon in the UN Climate Summit in New York on Tuesday, September 23.

“You mean to tell me the DBM is not even prepared to support the President’s message as far as climate change is concerned?” he asked. (READ: Scientists bare findings of 1st PH climate change report)

Science Secretary Mario Montejo told Rappler that the slashed climate change adaptation funds would have gone to the creation of a “cutting-edge facility” that would better prepare the country for expected climate change impacts.

The warming of the Earth’s temperature due to climate change is expected by scientists to lead to many irreversible changes in the planet.

Warming by up to 6 degrees Celsius could lead to mass extinctions of flora and fauna, sea level rise that could submerge entire island-states, proliferation of pests, decreased yield in crops, and intense droughts.

But though studies have been made on how climate change will affect certain regions of the planet, countries like the Philippines lack comprehensive, detailed studies on how it will affect the country specifically. (READ: Climate change creating ‘new poor’ in PH)

The climate-controlled facility is projected to cost hundreds of millions of pesos, said Montejo. Despite the budget cut, they will still try to put up the facility but on a smaller scale and hopefully with the help of international donors.

‘We will work with it’

The approved DOST budget as a whole is greatly reduced from the original budget proposed by the department. The proposed budget was P30 billion ($671 million) while the approved budget is P19.173 billion ($429 million), a difference of almost P11 billion ($246 million).

Though they would operate on a a budget smaller than they had asked for, DOST Assistant Secretary for Finance Oswaldo Santos said: “It’s an improvement compared to last year. Although there are some of us who have frustrations that their plans were not funded.”

“We’re happy that it was approved; we will work with it. But we were hoping it would be bigger. Maybe next time,” said Montejo.

From initially covering only 18 major river basins, it will be expanded to cover all 300 rivers in the country, Montejo told Rappler. – Rappler.com