Sep 27, 2014 9:30 PM PHT
Lou Janssen Dangzalan
Facebook Twitter Copy URL
Copied
We are at a crossroads as a global society. We cannot kick the can down the road here – that option is no longer available to us It’s one of those uneasy eureka moments when a frightening mix of realization and fear intersect in your mind and short-circuits your emotions. Goosebumps come into play and you tell yourself, “I’ll be damned.”

After walking out of our class for international trade law, my professor and I spoke at length about the state of international affairs as regards the sanctions being meted out by “western” countries against Russia, and in one sudden pivot we started talking about the emerging global threat posed by ISIS.

I will not pretend to be an expert on the group, nor will I feign complete understanding of how and when this complicated mess came about. One thing that the professor mentioned that struck a nerve and just gave me that “ick” feeling was that she was able to make a connection that I thought was brilliant and that I wish I was able to make myself.

We are in an age where the so-called Generation Y is poised (at least in Canada) to become the first generation to be worse off than their parents in decades. Youth unemployment in Canada is almost double that of the national average (at 13% and 7% , respectively).

While the media is littered with images of stereotypes of 20-somethings living in mommy’s basement playing PS4 all day while living off his/her parents’ hand-outs, one forgets that it may not just be a question of human agency, of capacity, or will to “do something.” It also summons questions about structural inequities that this generation – in which apparently I fall into its early tail-end – is subject to, such as the lack of access to cheap education, and the general lack of opportunities for stable employment.

The rancid cocktail that (global) society has ended up concocting out of selfishness and individualistic pursuits has shortchanged a lot of people. It transformed the path towards radicalization from an unimaginable road for the majority, to one that has captivated the imagination of the few even in affluent societies who are gullible enough to fall victims, who themselves will claim their own victims. And really, all it takes are a few looney toons to break a house made of glass.

I am not in any way saying that there is a direct causal relationship between the two (i.e., the lack of opportunities results to radicalization), nor am I justifying the said radicalization because of the lack of opportunities. What I am proposing is perhaps a moment of consideration, a few seconds when we pause as a (global) society to consider that these two seemingly disparate realities may be connected.

Perhaps a colorful way of putting this is by invoking the idea of youth angst as represented by JD Salinger’s Holden Caulfield and James Dean’s Jim Stark. At least in the case of Holden, the “phoneys” felt like blurs and one of the overarching themes included in this oeuvre was the momentariness of this youthful angst; that it is simply a passing feeling. Now, subject the former to steroids, plug it into (and pardon the classical sociology here) this grotesque global anomie and let it cross paths with a disjointed and mutilated ideology that itself literally mutilates those it purports to save. Result: utter catastrophe. 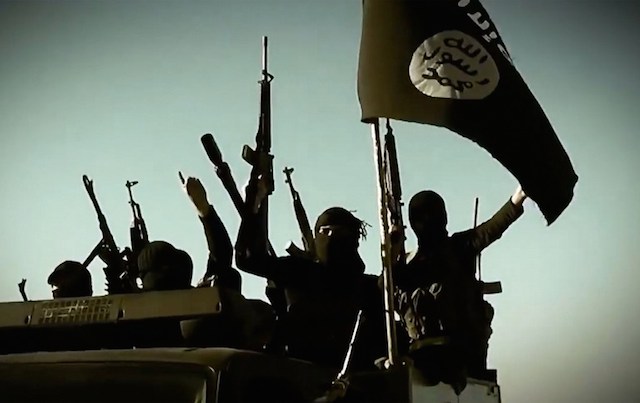 As a new Canadian (yes, that is a politically correct term to use here in the land of the” true north strong and free”), I am presented with these disparate realities to process and to mesh with my pre-existing horizon and mentality about opportunities and appreciation of the world around me in general. But that weird eureka moment that I mentioned above is a scary phenomenon that warrants a moment of pause.

Of course the realities are slightly different back home in Manille and in Southeast Asia. Nonetheless, there is a transnational element within this (and I hesitate to use this term) movement that definitely breaks down conventions of international discourse. It must be remembered how ideas, goods and people move much more easily these days.

If I may indulge further, sociologically, this has been talked about on so many levels ever since the buzzword “globalization” captivated the minds of scholars. The catch-phrase that is “time-space distanciation” captures the global network connections between would-be militants, the lack of purpose and opportunities, and a monolithic ideology – all accessible and interconnected at a touch of a finger. ISIS militants, at least those that are heard of on “western” media, come from unconventional countries such as France or Canada.

Here’s the big contradiction: while (global) society becomes more and more connected, it becomes ironically more disconnected. As (global) society hyper-specializes into so many areas and sub-areas, and as the world segments into different classes that may or may not follow lines of ethnicity, race, religion or gender, the tendency to disconnect from the rest of society grows and it becomes more tempting because, well, it’s easy to ignore them. And therein lies the danger: like in the case of the privileged few who are contained in the bubble of gated communities, the compartmentalization of (global) society becomes more a liability than an enclave of convenience.

And this brings me back to my earlier point over that “ick” feeling. These are the sobering realities of a more interconnected world. We are at a crossroads as a global society. We cannot kick the can down the road here – that option is no longer available to us. Remember that saying that goes, “It will come back to bite you?” Well, it’s back, and it’s about to sink its teeth in your shoulder. – Rappler.com

Lou Janssen Dangzalan is a law student at the University of Ottawa. He also dabbles in sociological thought in the form of verbal underhanded rants passed off as compliments. You can find him playing the ukelele and singing his heart out in French, Spanish, and Japanese in his apartment past midnight whenever he is bored.