How far can citizen participation in governance go? 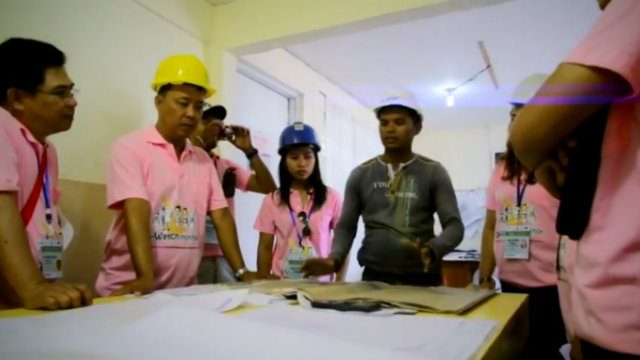 Facebook Twitter Copy URL
Copied
'If the mechanism of our government is working towards ensuring transparency and accountability, we might not even have to do what we have been doing as a civil society organization'

MANILA, Philippines – For two consecutive years, the country has been internationally recognized for its efforts to involve citizens in governance.

In 2013, the country’s program on Citizen Participatory Audit – a joint project of the Commission on Audit (COA) and civil society groups that audits government performance – bagged an award at the Open Government Partnership (OGP) Summit held in London.

Despite the country’s successes in good governance, it still continues to struggle with corruption.

Speaking at the “Ako, Ikaw, Tayo, ay may Pananagutan” forum held on Monday, September 29, Aceron said: “We have good laws (on) paper. Our procurement law and legal framework against corruption are considered world-class. However, we have a problem with regard to the implementation of our laws.” (READ: #BrgyAssembly: When theory does not equal practice)

These anti-corruption efforts include the barangay assembly that happens twice a year, the anti-red tape law, and the grassroots participatory budgeting.

The Aquino administration also launched a series of open data initiatives earlier this year in an attempt to address concerns on public governance and accountability.

However, due to the country’s weak institutions, projects that aim to curb and discourage corruption are not fully operationalized, Aceron explained.

“While we have participatory projects, these are not maximized in a manner that solves the everyday struggles of many Filipinos,” Aceron said in Filipino.

To address this, civil society groups like G-Watch complement government efforts by helping monitor the implementation of local government projects. G-Watch has already spread to 7 areas across the country, monitoring various basic public services ranging from health services, distribution of textbooks, to building of infrastructure.

In Southern Leyte, for example, volunteers and students helped monitor the building of a public hospital through the project dubbed as Tambayayong sa Infrastrakturang Paglambo sa Southern Leyte (TIP SL).

“In G-Watch, we were taught about constructive engagement. Local government offices share what they have been doing and we respond according to our observations,” Valerie Cinco, guidance counselor at the College of Maasin and a G-Watch volunteer, said in Filipino in a video produced by the group.

Recounting his experience as a volunteer for TIP SL, Richard Sugetarios, an engineering student, said that they observed the construction of the Salvacion Oppus Yniguez Memorial Provincial Hospital extension building in Maasin City and checked whether the construction methods comply with their program of work.

Based on their monitoring, the volunteers observed the lack of personnel, wasted resources such as cement, and the discrepancy between the budget allocation and output of the infrastructure project.

However, their role as volunteers did not stop in monitoring the implementation of local government projects.

In a problem-solving session, Cinco, Sugaterios and other volunteers raised their observations with former administrator Crispin Arong and Assistant Provincial Engineer Nelson Tan, the government officials involved in the project. Together, they discussed possible solutions.

Aceron described participatory governance as a preemptive and preventive mechanism against corruption.

However, initiatives on citizen participation have not been totally smooth-sailing.

Challenges like getting government to open up and engage civil society, getting CSOs to constructively engage LGUs, and creating synergy and convergence of all the efforts of like-minded group continue to hamper efforts on strengthening citizen participation in governance.

For Aceron and other volunteers, it is the little victories which fuel them through the years.

When the group started engaging local governments in monitoring the delivery of textbooks in 2002, the price per textbook was pegged at P120.  But because citizens started to engage in the procurement process, the price significantly decreased to P30-P40 per book in 2014.

According to Aceron, their efforts also contributed to the decrease of procurement time, competitive procurement of big ticket projects and services, and the local government’s compliance with building standards.

At the end of the day, G-Watch, its volunteers, and other civil society groups are driven by the prospect of a government staying true to its mandate of a democratic society.

“If the mechanism of our government is working towards ensuring transparency and accountability, we might not even have to do what we have been doing as a civil society organization,” Aceron said. – Rappler.com