Oct 16, 2014 9:28 PM PHT
Agence France-Presse
Facebook Twitter Copy URL
Copied
'Family farms produce about 80% of the world's food and. are the custodians of about 75% of all agricultural resources in the world' 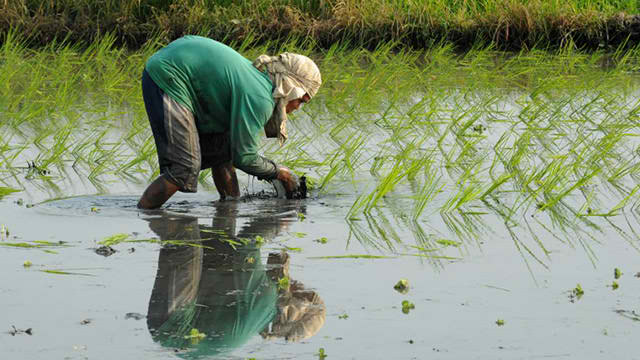 ROME, Italy – Nine out of ten of the world’s 570 million farms are managed by families and it is they who hold the key to eradicating global hunger, the United Nations said in a report on Thursday, October 16. (READ: Hunger 101)

“Family farms produce about 80% of the world’s food and… are the custodians of about 75% of all agricultural resources in the world,” according to the report by the Rome-based Food and Agriculture Organization (FAO).

That makes them a “crucial agent of change in achieving sustainable food security and in eradicating hunger in the future,” it said.

Their prevalence and output mean they “are vital to the solution of the hunger problem” afflicting more than 800 million people, FAO head Jose Graziano da Silva said in the State of Food and Agriculture 2014 report.

Although the UN announced in September that the number of hungry people in the world has dropped by 100 million over the last 10 years, one in nine are still undernourished and about 842 million people remain chronically hungry because they cannot afford to eat adequately.

This is despite the fact that the world is no longer short of food, the FAO said, describing as “a disconcerting paradox” the fact that more than 70% of the world’s food-insecure people live in rural areas in developing countries.

“The facts show we have made progress in our fight against hunger, but our aim is still ‘zero hunger’,” Graziano da Silva said as he presented the report.

Family farmers “have a central role to play. We need greater innovation across the board and they must be the actors of such innovation,” he told reporters.

It called on international organizations, regional agencies, civil society organizations, the private sector and research institutions to help “create the enabling environment that will enable them to flourish.”

Suggestions for positive actions include linking family farming production to the provision of school meals and helping family farmers recover traditional crops which “have great value for local food security but have been left aside because of the commodification of our diets.”—Rappler.com