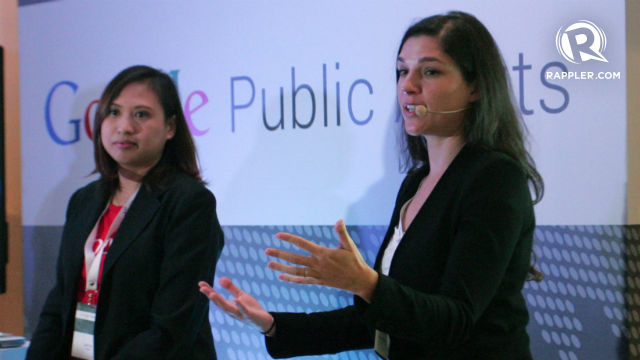 Google and state weather bureau PAGASA hope to change all that by giving netizens the information they need up front through Google Public Alerts.

Launched on Wednesday, November 12, Google Public Alerts will provide real-time typhoon alerts to users in the Philippines through the Google search page, Google Now, and Google Maps based on the location of the user. The weather information is provided by PAGASA (Philippine Atmospheric and Geophysical and Astronomical Services Administration) which is a partner in this initiative. 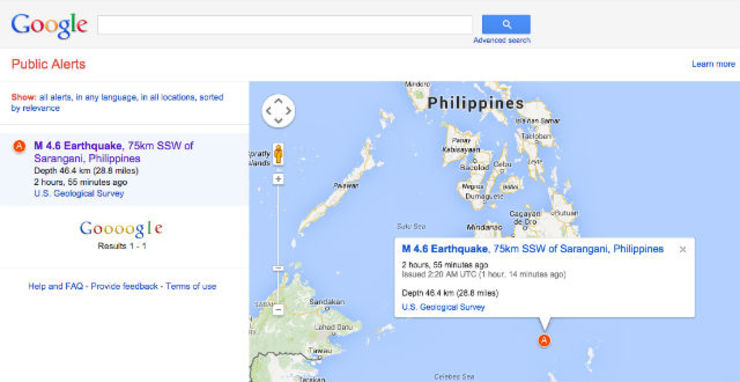 The public alerts are currently limited to typhoon warnings but will expand to include tsunami warnings and other hazards in the future, said Google Product Manager, Payal Patel. Other information such as traffic, the location of evacuation centers, and relief donation centers will also be made available in a quick summary page whenever a typhoon strikes land. 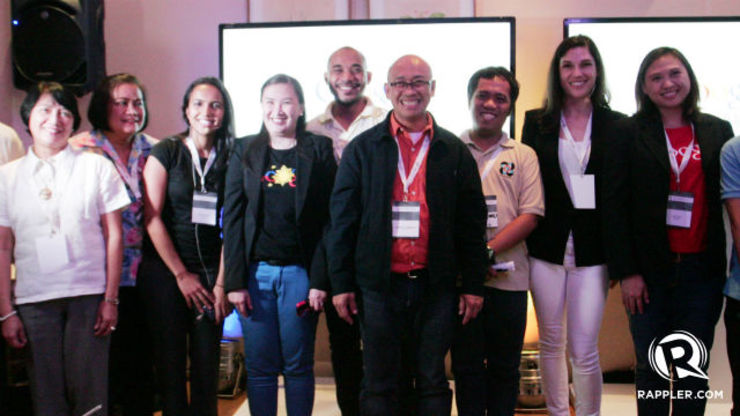 Increasingly, the Internet has become the prime source for critical information before, during, and after a disaster. The Philippine government, through its portal Gov.ph and social media accounts, has recognized this changing trend by producing colorful infographics and theme-based content to attract a younger audience. Other agencies of the government, however, have yet to follow suit. Some agencies still rely on static websites and traditional media to disseminate information to the public.

The launch of Google Public Alerts is significant because of the collaboration between a state agency like PAGASA with a private tech company to share information in a timely manner.

PAGASA and other government agencies like the Philippine Institute of Volcanology and Seismology and the Department of the Interior and Local Government (DILG) are increasingly partnering with civil society organizations and media to better communicate disaster preparedness concepts to the public. Rappler’s Project Agos is one such example of a collaboration between the public and private sector to harness social media for disaster preparedness, response and recovery.

PAGASA weather facilities specialist Arnel Manoos said the partnership with Google will help PAGASA reach millions of Filipinos worldwide, especially during times of crisis when the PAGASA website slows down due to increased visitor traffic.

Although the collaboration was not without its hiccups, according to PAGASA weather division OIC Espernza Cayanan, working with Google has taught the agency the value of being flexible in sharing information. Stone said the 5 months it took to set up a common information sharing protocol with PAGASA was the fastest among all the 9 existing Google Public Alert partner countries. Google hopes to forge more partnerships with other government agencies and organizations to share more information.

“We can make this world a safer place to live in if we can harmonize our efforts, resources and knowledge to peacefully work together for the common good,” Manoos added. – Rappler.com