‘Ang yabang mo na!’ and other things balikbayans are told

Nov 20, 2014 8:38 AM PHT
Shakira Sison
Facebook Twitter Copy URL
Copied
Why do we call balikbayans "mayabang"? Even before they say a word, the difference in their attire, mannerisms, or speech suddenly brands balikbayans as boastful. You came home one day after a few years of living abroad. After the welcome hugs came the comments of who you’ve become now that you’re back from another land.The person who spent time away will always be measured against those who stayed put, who are only eager to volunteer their observations. Here are some of the common ones:

At first, you’re put on the defensive. This is your old barkada you’re talking to, and you know that deep inside you’re still the same.

But it’s true. You have changed. How can you not when you’ve spent a few thousand days and nights inhaling a different culture and speaking a different language? Uprooted from family and your own culture, you’ve learned to adapt and assimilate, losing some habits and gaining new ones. Of course you can’t be exactly the way you were before you left.

You’ve toughened up. At first you whined about missing your country until you realized that there was no one to whine to. Then you stopped whining, thinking that if you didn’t speak it, your longing must not be true. After that you could only build on that sadness and make a life of your own.

Last month, the pop star Charice felt that she was not as appreciated by her fellow Filipinos the way she is abroad.

“Napapagkamalan akong mayabang. Dahil ba nakatungtong [ako] ng ibang bansa?” (“They’ve mistaken me for a braggart. Is it because I’ve been to another country?”)

Why do we call balikbayans “mayabang” (braggart)?

Even before they say a word, the difference in their attire, mannerisms, or speech suddenly brands balikbayans as boastful. Is it simply an observation of what one has versus what someone else doesn’t?

Why is there an assumption that all balikbayans are vomiting cash? Normally one would feel shame asking someone else for a freebie, but this all seems abandoned when asking for handouts from a returning Pinoy.

A friend once came home and met up with twenty of his high school classmates for dinner. At the end of the meal, they all expected him to foot the bill. He was offended. He paid for his own food and left.

Most balikbayans are generous with what they’ve acquired, but the assumption that he or she will always pull out his wallet makes them feel used. Everybody had jobs before he arrived. Why is everyone expecting a free ride when he is home? 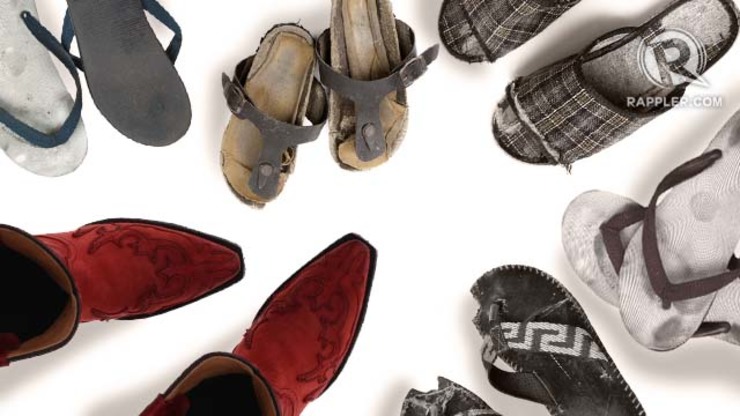 They even call you a sugar daddy because you appear to have some disposable income. They say you are “hard to reach” because they believe that your achievements have changed you into someone who has forgotten their past.

Working overseas comes with a lot of challenges which definitely change one’s outlook, but that doesn’t mean that one views themselves higher because they’ve been away.

It isn’t unusual for one’s each and every action to be credited to his or her time abroad. If one has a strong opinion, it’s mistaken for being aggressive since they’ve been away. If they share something they’ve learned, they’re said to be showing off their skills. If they disagree with family members, they’re said to be disrespectful.

Everyone learns something new with every experience, even if one stayed in their homeland. It’s not necessary to think of an overseas experience as a negative. It’s a sign of insecurity when one penalizes another for what they themselves don’t have or didn’t experience.

I once received a call from a distant relative I’ve never spoken to, who in the same breath as his hello, asked me to buy him a FDNY hat.

Many Pinoys I’ve met abroad avoid calls from relatives because they’re always about money. Requests for help for medical expenses and school are understood, but it isn’t unusual to hear requests for cellphones, sports apparel, the latest fashions and scents.

It’s easy to forget that foreign workers themselves can’t even be updated on latest styles because they are too busy earning a living and saving for the future.

Everyone is capable of earning a living no matter where they are. It’s not an OFW’s obligation to subsidize everyone else, and being unable to provide for everyone’s needs does not make them selfish.

This coming holiday season, we will see relatives taking a break from their lives abroad. Try to refrain from comments and assumptions about a life you’ve never had.

Overseas Pinoys help when they can, but being abroad where there may be better opportunities does not mean there are no financial struggles.  Wearing different clothes or having a different outlook does not make OFWs mayabang (braggart) or hindi na maabot (unreachable). Not raining money on everyone does not make them madamot (selfish). – Rappler.com