Dispatches: Death of a witness in the Philippines 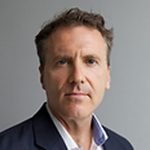 Facebook Twitter Copy URL
Copied
Dennix Sakal’s killing is a reminder to activists, journalists, and politicians of the vicious status quo in the Philippines in which gunmen with powerful backers routinely get away with murder

Dennix Sakal will never get his day in court to testify against the alleged perpetrators of the 2009 Maguindanao massacre.

On Tuesday, November 18, unidentified gunmen killed Sakal, a key witness to the massacre, and wounded his companion and fellow witness Butch Saudagal in Maguindanao province’s capital of Shariff Aguak, as they were traveling to meet with prosecutors.

Both men had been employees of the powerful Ampatuan family, whose patriarchs are chief suspects in the November 23, 2009 killings allegedly by the family’s “private army” that left 58 people dead. (READ: ‘A backhoe cannot bury the memory of 58 lives’)

Five years after the victims’ bodies were found in mass graves off a highway near the town of Ampatuan, the massacre – and the still-rising death toll connected to it – remains a shameful exemplar of impunity in the Philippines. (READ: INFOGRAPHIC: Maguindanao Massacre case, 5 years on)

Those killed included the wife of opposition politician Esmael Mangudadatu, supporters and family members, and more than 30 media workers. Maguindanao Governor Esmael Mangudadatu attributed the attack on the two witnesses to unnamed Maguindanao massacre suspects “desperate enough to find ways to strike against those who will put them down.”

But Sakal’s death also speaks volumes for the Philippine government’s inability or unwillingness to protect witnesses who are key to securing convictions of suspects – including local police and soldiers – implicated in the murders.

The case is in effective judicial limbo. A total of 87 suspects remain at large. Bail petitions and testimony challenges by the defense lawyers of the 110 suspects in custody have overwhelmed the court.

Dennix Sakal’s killing is a reminder to activists, journalists, and politicians of the vicious status quo in the Philippines in which gunmen with powerful backers routinely get away with murder.

Despite the human rights rhetoric of the government of President Benigno Aquino III, individuals who challenge that status quo do so at their peril.

As Aquino embarks on the final two years of his presidency, he should recognize that his failure to address the mounting death toll of the Maguindanao massacre could be the ultimate measure of his 6 years in office. – Rappler.com