How vulnerable is Manila to earthquakes? 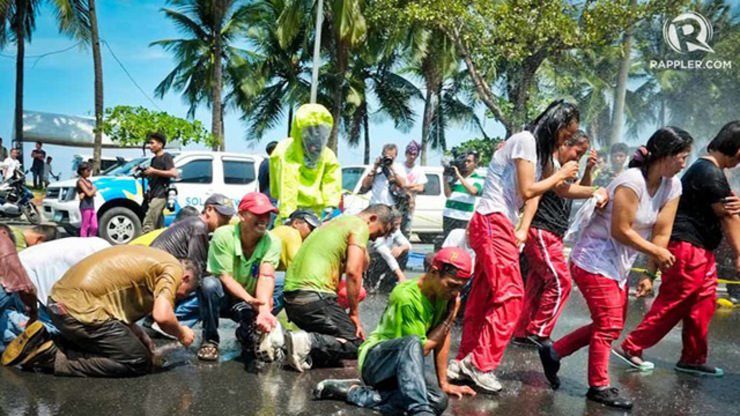 Facebook Twitter Copy URL
Copied
Home to around 1.6 million people, the Malacañang Palace, the Port of Manila and various historical sites, it is highly vulnerable to earthquakes and other hazards.

MANILA, Philippines – Exactly 369 years ago, the City of Manila was destroyed by one of the strongest recorded earthquakes that ever hit Luzon.

It was 8 in the evening of St. Andrew’s Feast Day when a strong tremor struck the city severely damaging buildings and completely destroying what was then the third renovation of Manila Cathedral.

Aftershocks continued for about 5 days, causing more destruction. Around 600 Spaniards were reportedly killed from the said earthquake, according to various historical accounts. Second riskiest city in the world

Home to around 1.6 million people, the Malacañang Palace, the Port of Manila and various historical sites, the City of Manila is highly vulnerable to earthquakes and other hazards.

A 2013 study conducted by the Swiss Re, a provider of risk transfer insurance, consider Manila as the second riskiest city in the world, next to Tokyo. This is not only because of floods but also because of its vulnerability to earthquakes.

Two major faultlines are located near the City of Manila. First is the West Valley Fault, which experts believe could trigger a 7.2 magnitude earthquake once it moves. Second is the fault line in Manila Trench, which may cause 7.9 magnitude earthquake.

A 2004 study conducted by the Japan International Cooperation Agency (JICA), the Metropolitan Manila Earthquake Impact Reduction Study (MMEIRS), indicated that an earthquake hitting Metro Manila could destroy 40% of the buildings in the metropolis and kill about 34,000.

According to Philippine Institute of Volcanology and Seismology (PHIVOLCS) director Renato Solidum, movement in the West Valley Fault will cause the most severe damage.

But even faultlines outside of the metropolis could affect the city. A 7.3 magnitude earthquake occured in Casiguran, Aurora, with the city of Manila bearing the brunt of the tremor

The last major earthquake that severely affected Manila was in August 1968. With a 7.3 magnitude and an epicenter in Casiguran, Aurora, it caused major damages to the city, resulted in the collapse of the Ruby Tower, and killed 270 people.

The epicenter of the earthquake that destroyed the Manila Cathedral in 1645 was at Gabaldon, Nueva Ecija.

If that fault line moves again, can it trigger the same disastrous effect in Manila as it did then?

“There have been many earthquakes generated outside Manila but still severely affected Manila. Reason would be the soft sediments foundation of Manila which would amplify shaking,” Solidum told Rappler.

“Our study would indicate that (if a major earthquake hits Metro Manila) Manila City will have the second highest number in terms of square meters for complete damage,” Solidum said. Complete damage could either mean buildings are still standing but completely ruined or they are totally leveled to the ground.

Solidum explained that the only reason for Quezon City being the first is because they have bigger land and population.

Solidum added that the city of Manila will also be second in terms of the number of casualties should a 7.2 magnitude earthquake strike. The city is preparing for the next big one. On July 2, 2014, Manila organized a city-wide drill as part of the Office of Civil Defense’s nationwide simultaneous earthquake drill.

According to city officials, 70% of the establishments all over the city participated in the drill that simulated 7.2 and 7.9 magnitude earthquakes.

Drills are critical to test not only the city’s response capacity and the readiness of the residents but also existing communication lines between different government units and other groups that need to respond.

Not everyone, however, took the Manila earthquake drill seriously. Instead of listening to the local responders, many participants took selfies of themselves during the drill.

For preparedness, the importance of having an evacuation plan, and actually knowing where evacuation centers are located, are also important, stressed by Solidum.

“People should know what to do before, during and after the earthquake. Part of the plan should be [knowing] how you respond, how you evacuate from the building and to an open area,” said Solidum.

He said that buildings should be examined first before going out and that there should be a designated evacuation center so that help can easily be given.

“The open area has to be a safer area,” Solidum stressed. “Shaking does not kill, collapsing buildings do,” Solidum explained.

Beyond the earthquake drills, making sure that buildings and houses are safe is critical to reducing potential casualties if a major earthquake hits the city, according to Solidum. Rappler talks to Phivolcs Director Renato Solidum about what could happen if a 7.2-magnitude earthquake hits Metro Manila

In an earlier interview, Director Solidum said that the reason why a number of buildings collapsed during the 1968 Casiguran quake is because of poor design and construction, as no building code existed during that time.

“There are more buildings today than in 1645,” said Solidum. This could make the effects of a 7.2 magnitude earthquake today all the more damaging.

Experience during the 1990 Luzon earthquake has shown that buildings built according to standards can withstand groundshaking during earthquakes.

The Luzon quake, which happened over 2 decades ago, damaged many hotels, buildings and houses in Baguio, Cabanatuan, Nueva Ecija and Pangasinan and killed 2,412 people. But while many buildings were destroyed, Solidum pointed out that the Luzon quake also left a lot of buildings standing right next to those that collapsed. (READ: Remembering the 1990 Luzon Earthquake)

To a great extent, Solidum told Rappler during a briefing, the fact that many buildings withstood the 1990 Luzon quake could be attributed to the enforcement of the National Building Code, which was initially enacted in 1972, years after the Ruby tower collapsed.

Unfortunately, people tend to skirt building code requirements to save on costs when building homes. 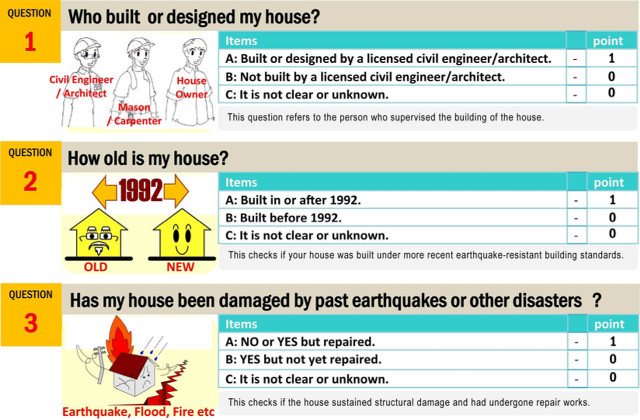 12-point checklist for an earthquake-ready house

Is your house earthquake-resistant? Check yourself using these 12 questions.

Towards this end, Phivolcs and JICA earlier this year launched “How Safe is My House? Self-check for Earthquake Safety.” This is a 12-point questionnaire homeowners can use to assess the earthquake readiness of their house.

In areas like Manila where many structures were built before the building code was enacted, structures like old churches will have to be evaluated to see if they can withstand earthquakes, the Phivolcs director said.

Solidum clarified however that not all buildings built after 1972 followed the Building Code. And even those that followed may not be updated because the law is constantly changed and improved.

“If the buildings conform to the newest standard, then that’s better. It’s more appropriate with new information,” Solidum said. He added, however, that buildings following the early versions of the building code are still fine.

In 1977, then President Ferdinand Marcos revised the existing National Building Code of the Philippines to make provisions more updated and appropriate to the changing times.

In 2013, Senator Chiz Escudero filed Senate Bill 430 that mandates nationwide inspection of buildings and imposition of stiff penalties to violators of the code. The bill is still pending at the Senate.

No one can really predict when an earthquake will hit the region or even the city, for that matter. But with early preparations, not only by the government, but by the public and private sector as well, its effects could be minimized, according to experts. The need to spread this critical message is one of the reasons why Rappler put up Project Agos, its platform for disaster management and climate adaptation. Project Agos is a collaborative platform that combines top-down government action with bottom-up civic engagement to help communities learn about climate change adaptation and disaster risk reduction.

Project Agos aims to foster a community that shares best practices and works together towards achieving the zero casualty goal during disasters. The project harnesses online, mobile phone, and crowdsourcing technologies and social media to ensure that critical information flows to those who need it before, during, and after a disaster.

On November 17, 2014, Rappler, through Project Agos, organized a capacity building workshop for local disaster managers and civil society groups in Metro Manila on the use of social media, mobile phone and crowdsourcing technologies for disaster management. It is the first of a series of workshops on the subject to be held in Luzon, Visayas and Mindanao.

The project is supported by the Australian Government.  The Philippine Institute for Volcanology and Seismology (Phivolcs) is also a Project Agos partner.