Sydney Siege: From fear to faith in humanity restored

Dec 16, 2014 7:00 AM PHT
Ade Mardiyati
Facebook Twitter Copy URL
Copied
As an Indonesian living in Sydney, the writer did not expect the acts of terror she witnessed in her home country could happen in her new home 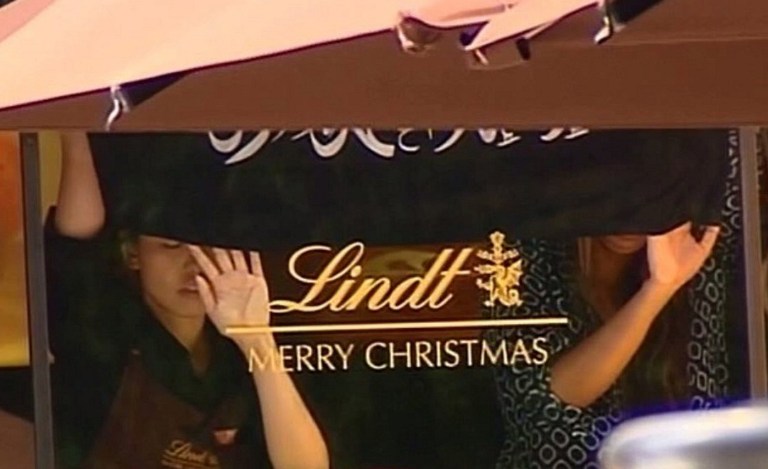 In Jakarta, people love to talk about the traffic to start a conversation. As an Indonesian living in Sydney, I often find that people use the weather as an icebreaker.

But Monday morning was different. The hostage situation at the Lindt chocolate cafe changed the typical morning chatter and the rest of the day for Sydneysiders.

When the black flag with white Arabic writing was displayed at the cafe window, many quickly assumed the armed man is Muslim, a jihadist. There was even a speculation that the Islamic State was behind this. (READ: Islamist flag on show as hostages held in Sydney cafe)

A friend, Fran Jones, dropped by at the cafe where I work, looking exhausted and a bit pale. The 29-­year-­old consultant and fashion designer works just one block from where the siege took place. Along with her colleagues, Fran was forced to stay inside the office.

“We were locked in our building, with the TV on, and we were not allowed out onto the streets even to get food,” she told me. “Security guards and police were everywhere.” 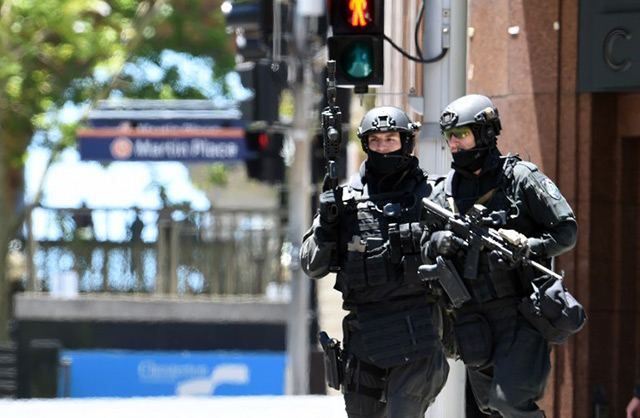 When she and her colleagues were finally allowed to leave the office, she felt eerie walking through the unusually quiet streets of the central business district.

Business places were all shuttered and security guards sat in front of each building. Signs were put up that read: “Building is in lockdown”.

“I was shocked,” she said. “It all felt very surreal.”

Masud Parves, the chef at the cafe where I work, is a practicing Muslim. I asked him whether he felt ashamed or embarrassed about what was happening since hostage taker’s black flag said, “There is no God but Allah” and “Muhammad is the Messenger of God.”

“I feel disappointed instead,” the 26-­year-­old Bangladeshi said.

When I asked why, he said he wished people knew more about what Islam really is.

“In Islam, we greet people by saying ‘Assalamualaikum’ which means ‘peace be upon you.’ But it also means ‘I won’t hurt you.’ And this whole thing means no hurting or harming, just live peacefully side by side, the way the Prophet Muhammad used to live,” he said. “So what happened today actually shocked me.” (READ: Australian Muslim groups condemn Sydney cafe siege)

I, too, was taken aback by the fact that something like this would happen in a relatively safe city like Sydney, a place I have called home for two years now. I guess coming from Indonesia, a country where several terrorism acts have taken place in the past, I was too optimistic that no such thing would ever occur here.

Why? Because here people respect and tolerate differences, especially when it comes to beliefs.

No one seems to care whether you come from a Muslim family, or if you’re an atheist, agnostic, Christian, etc. Your relationship with God, if you believe in such a thing, is personal. At least, that’s how I feel.

Would Monday’s siege mark the beginning of a phase where Muslims in this country will live in fear thanks to the sole action of an irresponsible person?

Would they still be able to walk down the street without fear? Without having to think that non-­Muslims would hate them?

And most importantly, would everyone in this country, and in Sydney in particular, regardless of religion, be able to go back to living normally, without being suspicious or making assumptions over the issue?

By Monday evening, however, I regained my optimism that this city is too strong to be shaken by such an incident, and the people too wise to be provoked with hatred.

The heart­warming #Illridewithyou campaign, which started from a Facebook user’s post, has gone viral and has been retweeted by tens of thousands of people to show support for the Muslim people in this country. (READ: #illridewithyou supports Muslims amid Sydney siege)

This made me believe more in the true sense of unity in diversity in this land, that every single person has the rights to live in peace, regardless of your skin color, the language you speak, or your religious background.

And so I believe I will soon hear people chat about the weather over coffee again, rather than about religious conflict. – Rappler.com

Ade Mardiyati worked as a journalist for Reuters and Jakarta Globe in Indonesia before moving to Sydney two years ago. She divides her time between freelance writing, documenting her travels, teaching, and chatting about the weather with customers in the cafe she works in. Follow her on Twitter at @ademardiyati.