Is the Bangsamoro worth coming home to?

Dec 20, 2014 4:45 PM PHT
Facebook Twitter Copy URL
Copied
'The ARMM has now been recognized for innovations and policies and programs that would have been nothing but a source of corruption in the not-so-distant past' 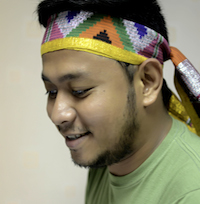 An air of excitement, of celebration is overwhelming the Autonomous Region in Muslim Mindanao these days.

November this year marks the plebiscite that saw the inclusion of the provinces of Maguindanao, Lanao del Sur, Tawi-Tawi, and Sulu into the regional government 25 years ago.

That’s a quarter of a century that deserves a grand celebration even as the regional government takes a bow next year, when the Bangsamoro Basic Law gives birth to a Bangsamoro government which will take over the ARMM.

I see this celebration more congratulatory for what ARMM has stood for during its last stretch – despite the odds and pessimism of others, as ARMM proved itself and showed the world that it can govern itself well, and institute genuine reforms that have resulted in the development now being felt across the region.

Three years ago, when Governor Mujiv Hataman became the officer-in-charge of ARMM he asked me to join his reform team, an offer that had me thinking, not only twice because I was enjoying my work very much as a print journalist in Zamboanga City, but because of my doubts over the reform agenda.

He wanted me to head his communication group. I was 24 at the time. Before this, many young Moro professionals were far from the Moro land, in search of better deals in major cities like Davao, Cebu, and Metro Manila.

It took him 8 months to finally convince me to join his team, a decision I made only after I personally saw the remarkable changes happening under his leadership. At that time, the Cabinet of Governo Hataman already included a number of young Moro professionals.

Two years after I officially became part of ARMM, I can say I’m glad about the decision I made.

From having suffered from derogatory labels such as “a failed experiment,” the ARMM has now been recognized for innovations and policies and programs that would have been nothing but a source of corruption in the not-so-distant past.

I joined ARMM while the world was witnessing a new brand of leadership and governance in a region long beset by corruption that, like disease, had burrowed itself to the very core of the system.

The ails of the past are evident in the poverty that plagued the region, which remains the poorest in the country.

With a clean slate, the new leadership offered a fresh start – with the desire to effect change and development in the lives of the Moro people, the kind that has long been eluded them because of the sins – the greed – of the past.

And did the new administration deliver?

Since January this year, a record-high of P3.372 billion worth of investments was recorded by the region’s board of investments, more than double last year’s total investments.

ARMM has also been cited as the most improved region in terms of the country’s commitment to the United Nations’ Millennium Development Goals of reducing maternal and infant mortality. With the revision of the 2012 Public Works Act, the regional government has stopped the practice of lump sum funding and generated savings from prudent fiscal management amounting to P250 million. The savings were used to acquire 48 new construction heavy equipment, 16 project monitoring vehicles, and 9 sets of surveying equipment.

What redefined the current administration of ARMM is transparency. How? Every single government project, including procurements, go through open and competitive bidding processes that conform to the rules of the Commission on Audit.

The growth is driven by strong performance of the region’s service sector and agriculture. Currently, the region is among the country’s top producers of rice, cassava, corn, coffee and oil palm, and fruits like lanzones, mangosteen and durian. The region is also tops in fisheries and seaweeds production.

By initiating reforms, the regional government hunted down ghosts employees, students, and even public schools. Between 2012 and 2013, 75,242 “ghost” students were removed. And for the present school year, 21,374 “ghost” enrollees were delisted. One “ghost” secondary school was removed from the records.

Transparency also allowed the public to easily access government officials, including Gov Hataman himself. He and the others are just a text or call away.

This brand of leadership has secured a foothold in the country’s only autonomous region, anchored on good governance, peace and stability, and socio-economic development, known as the 3 pillars of reform.

What the the ARMM has gone through is a dramatic and monumental transformation made possible through the relentless efforts of the national government, the regional leadership, the civil society community, other key stakeholders and most importantly, the people of the ARMM.

Right now, the ARMM is moving forward, setting the groundwork and standard of governance for the political entity that is to follow it.

The restart of the Bangsamoro will take off smoothly from this. And this, I hope, becomes sustained.

As a postscript, let me go back to the reasons why I joined the regional government. When I saw that a number of the members of Gov Hataman’s Cabinet were young Bangasamoro professionals, I took that as a good sign that something beautiful was going to happen.

The challenge for the new Bangsamoro government is to attract more and more young, dynamic Moro professionals to come home and allow them to be at the forefront of governance.

With their wealth of fresh ideas and energy, the young Moro professionals can effectively keep the engine of change moving forward for the Bangsamoro.

Amir Mawallil is the executive director of the Bureau of Public Information of the Autonomous Region in Muslim Mindanao. He is the founding chairperson of the western Mindanao chapter of Young Moro Professionals Network (YMPN), the largest non-governmental organization of Muslim professionals in the country.