Can PH become a ‘deaf-inclusive’ country? 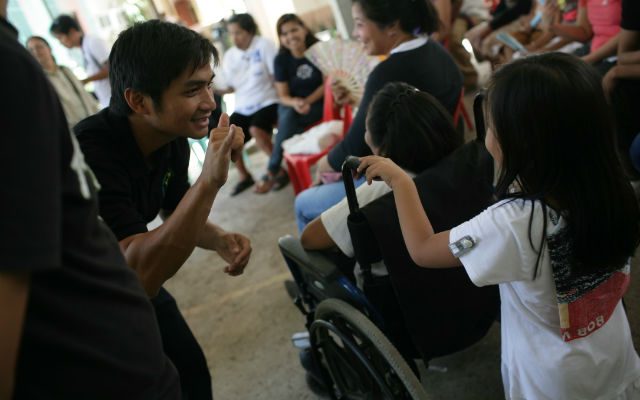 Facebook Twitter Copy URL
Copied
'There is a worldwide movement viewing deafness as a culture beyond hearing impairment, and the community of the deaf as a cultural and linguistic minority has become visibly accepted in global circles of advocacy'

MANILA, Philippines – It all started as a high school volunteering activity that evolved into a lifetime commitment. Now, thirty-year-old John Paul Maunes is making waves of change for the deaf community in the Philippines.

Maunes, who has been serving as the executive director of the Gualandi Service Volunteer Program (GSVP) for the past 3 years, dreams of seeing a “deaf-inclusive” society where sign language is available everywhere.

“(A society where) deaf and persons with disabilities (PWDs) can freely communicate and understand each other and maximize each others’ potentials without bias and prejudice, where each person can freely exercises his/her rights in a nurturing and protective environment,” he added.

Disability, he said, is not just a physical limitation. It is an ever “evolving concept.”

“Disability is the direct result of the interaction between a person with PWD and the attitudinal and environmental barriers that hinder their full and effective participation in society on an equal basis with others,” Maunes, who co-founded GSVP in 2005, explained.

GSVP’s main advocacy is to unearth and prevent sexual abuse of deaf women and children, which has risen to alarming numbers in recent years.

Most of the perpetrators were hearing males. Deaf female complainants struggle in court proceedings, according to the GSVP. This was how the “Break the Silence” (BTS) network of GSVP came to be.

BTS trains and mentors non-governmental organizations (NGOs) and deaf people’s organizations (DPOs) in strategic locations across the country to address the issue of child sexual abuse and exploitation.

“It’s a functioning network where ideas, experiences, difficulties, and success stories would be shared with one another in order to affect change for the benefit of deaf children all over the Philippines,” Maunes said.

GSVP saw that one of the reasons why abuse of deaf women and children is not discussed is the inability of law enforcers to understand the victims.

This is why GSVP trained members of the local police, judiciary, schools, and social welfare officers in deaf culture awareness and Filipino Sign Language (FSL) trainings to improve the delivery and support for the deaf and provide accessibility to sign language interpreters in court.

The BTS Project has already empowered at least 2,000 deaf children and women, handled nearly 40 cases in court, and trained 1,000 stakeholders in communities since it’s founding.

In November 2013, Maunes led the establishment of the Information and Police Access for the Deaf (IPAD) program in partnership with the Philippine National Police in Region VII.

“This provides a deaf desk in police stations to give assistance for the deaf and improve and develop police skills in reporting and filing cases involving the deaf,” Maunes added.

Because of the breakthrough on the BTS project, GSVP was recognized as one of the Ten Accomplished Youth Organizations (TAYO) in the Philippines in 2013. It was also awarded as the first recipient of the Jesse Robredo Youth and Local Governance Award in February 2014.

Senator Bam Aquino, TAYO Awards chair, saw the importance of the BTS project, leading him to file 2 Senate Bills – SB 2117, which requires the use of FSL inset for local news program, and SB 2118, declaring FSL as the National Sign Language of the Filipino Deaf.

Aside from the financial challenges, Maunes said the biggest challenge to his advocacy is the negative public perception about PWDs.

“Since nobody has been doing it, we had to pilot our programs. The absence of policies and laws in education and participation that directly benefit deaf people makes it more difficult,” he added.

Majority of government offices and agencies tasked to provide services for PWDs also see PWDs more as beneficiaries rather than partners and primary drivers in developing sustainable programs and projects.

“There is a worldwide movement viewing deafness as a culture beyond hearing impairment, and the community of the deaf as a cultural and linguistic minority has become visibly accepted in global circles of advocacy,” Maunes said.

“Unfortunately, government policies, particularly in education, have not kept up with the development of this progressive philosophy,” he added. 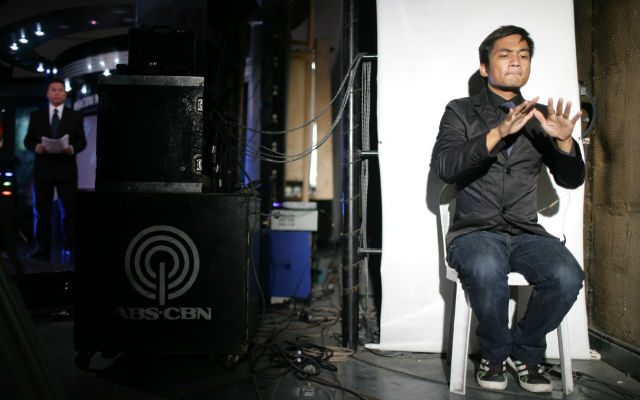 GSVP also advocates for deaf-friendly media. In 2005, the organization partnered with ABS-CBN to pilot the first ever television news inset interpreting to help increase awareness and access to information for the deaf. This led to regional stations of the country’s leading TV networks to provide deaf-friendly TV newscast with integrated FSL. (READ: How Pope Francis spoke to the deaf)

Because of his work for the deaf community, Maunes was named as one of the Ashoka Fellows for 2015 – a global network of leading social entrepreneurs recognized to have innovative solutions to social problems.

“What this means is that I will have widespread access to social entrepreneurs and resources through Ashoka. The bonus is on how you make the most of these opportunities. As many fellows will tell you, you will get as much out of Ashoka as you put in,” he said.

Founded in 1980, Ashoka has over 3,000 fellows working in 70 countries, using the network as an accelerator of change. The first Filipino Ashoka Fellow is Girlie Lorenzo, founder of Kythe Inc.

For Maunes, the Ashoka fellowship will help him spread his advocacy.

“To be selected as one of the pioneering Ashoka fellows in the country gives me the advantage and the prestige to catapult my advocacy work and amplify current issues that we are lobbying for in society,” he added. – Rappler.com