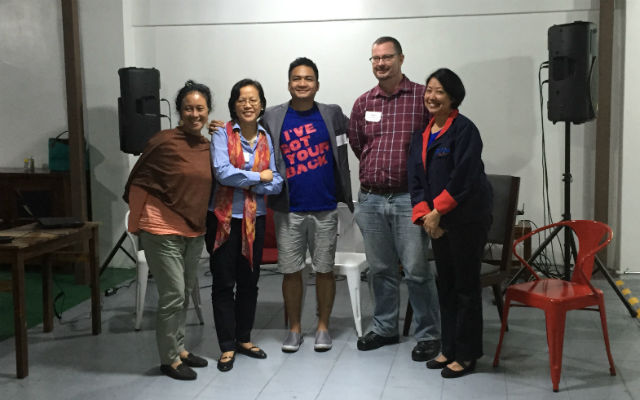 MANILA, Philippines – For their work in social development in the Philippines, 4 Filipinos were named Ashoka Fellows Tuesday, January 27, joining the global network of more than 3,000 leaders called Changemakers.

According to Ashoka country manager Terri Jayme-Mora, being a fellow and social entrepreneur requires more than applying business for social good.

“Social entrepreneurs understand that they cannot solve our world’s problems alone. (They) break down barriers. They know that the only way we will survive is if all of us, each person regardless of age or background, is empowered and equipped to shape the future,” Mora added.

The 4 fellows work in different aspects of development in the Philippines – from urban poor mothers, and migrants to water sanitation, and persons with disabilities (PWDs).

The fellows join Girlie Lorenzo, the first Ashoka fellow elected in the Philippines in 2014. Lorenzo is the founder of Kythe Inc., an organization that addresses the psycho-social needs of paediatric cancer patients.

Lorenzo told Rappler how the Ashoka Fellowship is both a challenge and a privilege.

“It’s been challenging because I had to walk the talk, breathe my advocacy. But because you love what you’re doing, it’s not hard. I’m now becoming a systems changer, not just a service provider,” she said.

Ashoka in the Philippines

Ashoka was founded in 1980 by Bill Drayton. and was officially launched in the Philippines in 2014, headed by Dr Tony La Vina and Jayme-Mora.

The fellowship is named after an Indian leader who unified the subcontinent in the 3rd century BC.

Aside from receiving a living stipend for an average of 3 years – allowing them to focus full-time on building their institutions – the fellows also become part of a global support network of peers and strategic partners from whom they will benefit for life. – Rappler.com