Feb 21, 2015 9:00 AM PHT
Jodesz Gavilan
Facebook Twitter Copy URL
Copied
Despite a life of poverty, a mother in Tondo tries her best to provide her child with the best nutrition 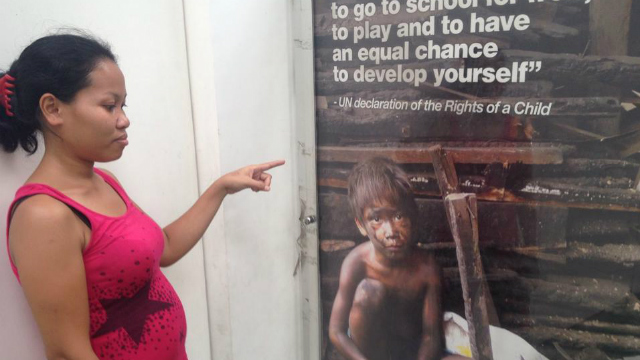 MANILA, Philippines – Her family does not have many choices in life because of poverty, but Liezel Tobes swears she will never touch pagpag, let alone feed it to her children.

(I know it’s dangerous because I heard some get sick due to pagpag. I don’t want my children to get sick because we don’t know where we’ll get money for the hospital expenses.)

Her husband brings home no more than P200 ($3.5) after a day’s scavenging at the local garbage landfill. When competition is tough – most of the residents have the same livelihood – he hands over nothing.

However, according to the 25-year-old mother of two, they do not miss any meal. They are still able to partake of breakfast, lunch, and dinner. The catch is, most of the time, they eat only canned goods their meager budget can afford.

(I just see what’s most nutritious for my children. Sometimes, I mix it with vegetables.)

The Tobes family is just one of the many who go through the same plight – poverty, hunger, and malnutrition – in Balut, Tondo.

But what sets Liezel apart from the mothers in their area is she constantly tries to find ways to make her children’s health better.

Tobes is aware that children should not be malnourished even before she had her own. She attended the neighborhood free lessons while pregnant and eventually followed all the advice – especially by eating nutritious food.

But when her youngest, Clarissa Mae, reached a year old, she showed signs of malnutrition.

When she took Clarissa Mae to the barangay health office, she was given vitamins. However, due to limited budget and supply, she wasn’t able to follow through.

The child became weaker and along with it was the family’s spirit.

(I don’t want us to experience death in the family due to malnutrition. I’ve seen families who suffered and I saw their pain.) 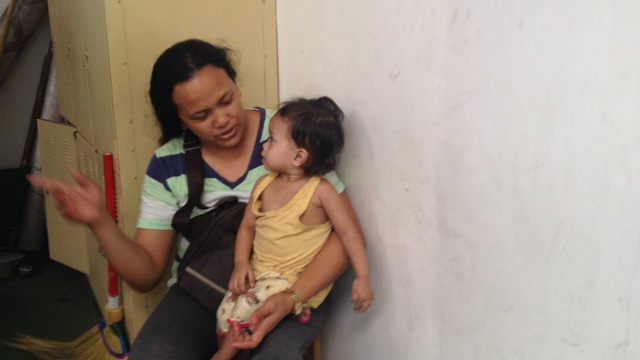 Fortunately, she was referred to Young Focus Philippines last August 2014. The non-governmental organization’s work in Tondo focuses on improving the quality of life of the children and extends knowledge and information to their families.

Her Clarissa Mae joined the feeding program along with more than 10 children from their community. Slowly, Tobes saw change not just in her child’s body but also in her attitude.

“Napansin ko iyong pagbabago na matagal ko na pinipilit na mangyari sa kanya,” she said. “Iyong mga alam ko pala dati, kulang pa talaga.” (I noticed the change that I wanted to instill in her for a long time already. I realized that what I knew then wasn’t enough.)

Learning from other mothers

The program was able to build a community among the mothers of the malnourished children of Tondo. Through this, Tobes was not just able to gain more friends, but also knowledge about what to do with her children. 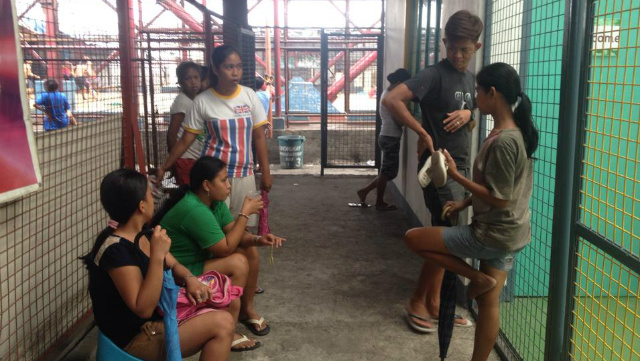 In addition, they also started attending a mothers’ class where they were taught the many ways they could maintain their children’s nutrition.

“Hindi naman puwede na iasa lang namin sa kanila iyong pagkakalinga sa mga anak namin,” Tobes said. “Lalaki rin mga anak ko at hindi na makakasama sa programa, kaya dapat mas maalam pa ako sa mga puwede kong gawin para maging maayos ang health nila.” (I can’t forever depend on them for the welfare of our children. My children will grow older and graduate from their program, so I have to be more knowledgeable about what I could do to make them healthy.)

Tobes wasn’t exactly as clueless when it comes to caring for her children. A mother’s love and care often comes automatically, after all, she said.

But when a child’s health is at stake, it doesn’t hurt to step up and take on a harder yet important responsibility.

(We’re the ones they see first thing in the morning and the last ones they approach at night so we should know what’s best for them. We’re the mothers, after all.) – Rappler.com