8 of 10 world’s most disaster-prone cities in PH 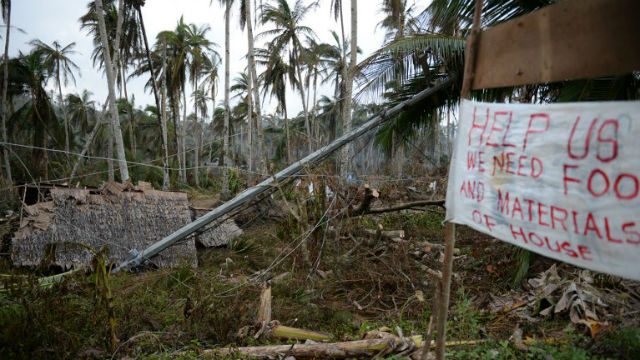 Facebook Twitter Copy URL
Copied
The Philippines, ranked 80th out of 198 countries for resilience, is deemed 'high risk' partly due to 'entrenched corruption and high levels of poverty'

MANILA, Philippines – Eight of the 10 most disaster-prone cities in the world  are in the Philippines, research conducted by risk analysis firm Verisk Maplecroft said.

Verisk Maplecroft said in a statement on Wednesday, March 4, that its research identified 100 cities with the greatest threats posed by natural disasters – 21 found in the Philippines.

Over 1,300 cities were analyzed in its 5th annual National Hazards Risk Atlas (NHRA), “selected for their importance as significant economic and population centers in the coming decade.”

“Natural hazard risk is compounded in the Philippines by poor institutional and societal capacity to manage, respond and recover from natural hazard events,” it said.

The global risk analytics firm said that the Philippines’ “extreme exposure” to natural hazards can be seen in the inclusion of 8 of its cities among the 10 cities in the world “most at risk.”

The statement listed 5 of the 8 Philippine cities, and their ranking in the top 10:

Other cities outside the Philippines in the top 10 are Port Vila in Vanuatu, ranked 1st; and Taipei in Taiwan, 8th.

Besides the risk of volcanic eruptions, earthquakes, and floods, the Philippines is hit by an average of 20 typhoons every year.

The strongest and most devastating in recent history was Super Typhoon Yolanda (Haiyan) which hit the Philippines in November 2013 and claimed  at least 7,000 lives. Efforts to rehabilitate and rebuild areas struck by the powerful typhoon are still ongoing.

Three other Asian nations were identified as countries with risk-prone cities: China with 16 cities; Japan, 11 cities; and Bangladesh, 8 cities.

Verisk Maplecroft noted the impact of natural hazards on businesses,  especially those in emerging markets.

“As Typhoon Haiyan in the Philippines and the tsunami in Japan showed us, natural hazard events can have far-reaching and long-lasting impacts on supply chains, business and economies,” said Dr Richard Hewston, Principal Environmental Analyst at Verisk Maplecroft.

The study also showed that the Philippines – ranked 80th out of 198 countries for resilience –  is considered “high risk,” which is  “in part due to entrenched corruption and high levels of poverty.”

The  NHRA cites several key manufacturing and logistics hubs that are highly exposed to natural hazards.

“One of the world’s busiest ports Tokyo is ranked 22nd, while the commercial centers of Manila (4th), Taipei City (8th) and Dhaka (35th) and the important Chinese manufacturing locations of Wenzhou (49th), Foshan (63rd) and Dongguan (80th) all feature among the 100 most exposed cities,” Verisk Maplecroft said. – Rappler.com