Women and organic farming: Ending hunger one garden at a time 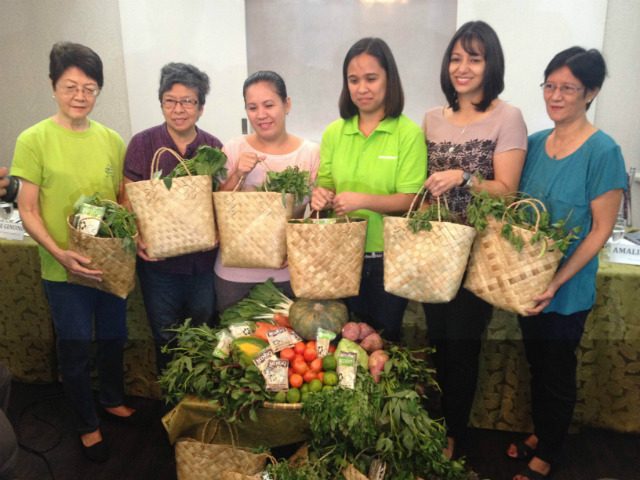 MANILA, Philippines – There is the notion that a clear divide exists between men and women when it comes to roles in an agricultural family: fathers and sons should work in the field while mothers and daughters take care of the household.

Perpetuated by the patriarchal society, women are often left on the side as their skills are often underappreciated. (READ: The women of Baruya: Invisible food producers)

This has been continually challenged by Kasarian-Kalayaan, Inc. (SARILAYA), a group of grassroots women’s organizations.

The group aims to eliminate poverty and empower women by access to information for the development of needed skills. These acquired skills can help them promote a healthy lifestyle not just for the family but for the whole community.

(Women have a big role in ensuring the right nutrition of the family and community. Even if they often stay at home, they still have great responsibility.)

SARILAYA believes that organic agriculture is an important key to elevating the lives of poverty-stricken families, especially in the rural areas. (READ: Organic farming: The answer to food insecurity in Yolanda-hit areas)

“The Philippines is very rich and diverse in resources,” Geaga emphasized. “Pero marami pa rin sa atin ang lugmok sa kahirapan.” (A lot of us are still under the poverty line.)

Organic agriculture is a type of farming which makes use of natural or ecosystem management than relying on external agricultural inputs, the Food and Agricultural Organization (FAO) explained. By staying organic, potential environmental impacts – especially brought about by climate change – of synthetic products can be prevented.

In their own way, SARILAYA is trying to end this through education. (READ: Teaching ways to fight hunger)

(By teaching organic agriculture to women, more people benefit from it. They also propagate this in their own communities, increase their income, and improve what they eat.) 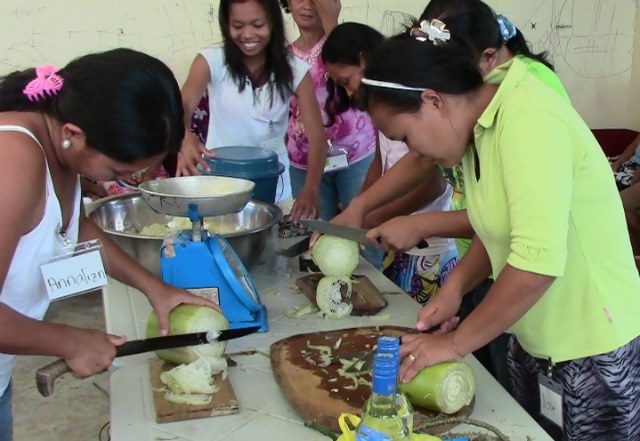 To date, more than 200 women have started organic farming through the NGO. They now have small vegetable gardens in the comfort of their own backyards where they can source ingredients for their meals. (READ: Making farming work in the big city)

(A lot of us do not own hectares of land so small gardens will do. You really don’t need a huge chunk of land to start organic farming as long as you have the will to do it.)

In the Philippines, this is supported by the Republic Act 10068, or the Agriculture Act of 2010, which aims to “promote and help implement the practice of organic agriculture in the country.”

However, this is a flaw in the implementation of the law, several non-governmental organizations said, as evident in the growing debate over genetically-modified organisms (GMOs) in the country, especially the Golden Rice variety. (READ: Golden Rice: The Next GMO battleground)

According to Gaega, the Philippine government should just focus on other means to solve the problem of vitamin A deficiency the Golden Rice is supposedly trying to end.

(They should just bring the huge fund to support organic farming than in GMOs. Why would they spend a lot on developing Golden Rice if there are already a lot of vegetables that are rich in vitamin A?)

Despite the benefits of GMOs cited by scientists, there is still growing opposition from anti-GMO advocates due to the alleged possible negative effects of GMOs on humans. They contend it is not a safe choice. (READ: Giving Filipinos the choice of safe and nutritious food)

Organic farming is still the best way to ensure the health of one’s family, SARILAYA claimed.