6 Filipino myths: Why you should give tampons a try 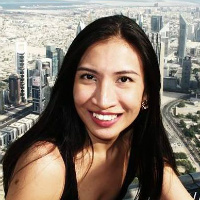 The air has started to smell very distinctly of summer. And being an archipelagic country, it is one of the biggest ironies that tampons are taking so long to truly latch onto our beach-loving, water-wading population.

Every single time I have gone to the beach, or any getaway that involved swimming, there was always at least one woman in the group who suddenly couldn’t have as much fun as everybody else just because she got her period. Indeed going on vacation felt like a game of Russian Roulette. You never knew if you were going to be thrilled with relief and thankfulness, or shot.

It’s not that I hadn’t heard of tampons, but rather that there were so many misconceptions I had of them. Ours isn’t exactly a culture that thinks lightly of shoving things up your vagina – even if you’re doing so for purely practical reasons. Thus, I learned to shudder at the mere mention of the word and how they worked. But thanks to a passionate Pinay “tampon advocate” whom I trusted, and assured me that all my fears were unfounded, I decided to try and see for myself. I haven’t touched a sanitary napkin since.

Ultimately it is none of my business what other women choose to use down there. But it concerns me when people don’t seem to realize that they have options – especially if this is due to untrue and unnecessary fears. Here are some of the most common myths about tampons in the Philippines, and why they are completely false:

1. Tampons will make you lose your virginity

By definition, virginity is the state of never having had sexual intercourse before. A tampon is an inanimate object.

Have you ever heard of the apparently existing belief that riding bicycles devirginizes women because either a) the seat is shaped like a penis, or b) you could possibly tear your hymen? Well, this particular misconception ought to be lumped together with that.

And no, tampons will not stimulate you or get you off, in case some of you may have puritanical concerns. It just doesn’t happen.

2. Tampons are only for women who have already lost their virginity

This stems from the widespread idea that the hymen completely seals off the vagina until it is penetrated by a penis during intercourse.

Using a tampon prior to becoming sexually active, therefore, is regarded with the same “tear open and bleed” horror that many Filipinas believe automatically comes with one’s first time. The good news is that this couldn’t be further from the truth.

“In reality they hymen looks more like—using the words of a doctor who frequently performs hymen construction—the petals of a flower,” Phd candidate in medical anthropology at Washington University, Sherria Ayuandini wrote. “It has notches, folds and clefts, even in its virgin state… There have been many cases that show women who are in possession of an annular smooth-edged hymen can in fact have been sexually active for years. The opposite is also true. A virgin woman’s hymen might have a big opening and several clefts here and there.”

To be specifically relevant to the topic at hand, the vagina is already and always open. This makes sense too, because how else would it be able to release copious amounts of blood—including the daily discharge when you’re not on your period. It can likewise let a tampon in with ease. No pain or physical trauma necessary. There is nothing to pop, ladies.

I have heard spine-tingling stories from women who have tried inserting a tampon manually. Thankfully, today’s market makes such experiences unnecessary. Many tampon brands nowadays, such as Playtex and Tampax come with an applicator that enables a smooth and gentle entry into your vagina.

Any discomfort during insertion is usually a sign that you’re doing something wrong. Maybe your angle of entry is slightly off. Maybe you’re too tensed up. Maybe you’re going into the wrong hole (I know someone who suddenly pushed it up her urethra and understandably shrieked out in pain).

So yes, a degree of anatomical self-knowledge is necessary. It’s normal for beginners to fumble a bit, but you’ll know you’re doing it right when the path starts to feel like an unobstructed highway. 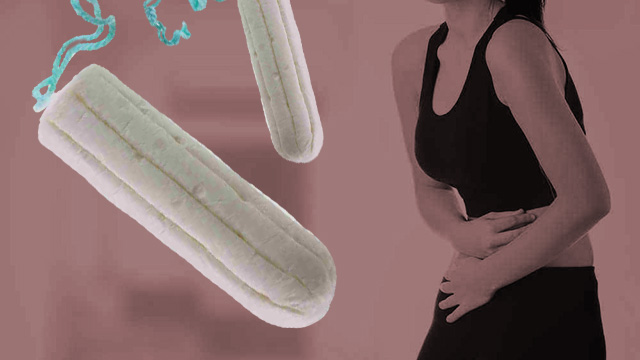 “Won’t it feel stuffed?” I remember asking before trying it out myself. If a tampon is inserted properly and fully, with only the string visible on the outside, you won’t feel it at all.

Once you get the hang of tampons, sanitary pads start to feel like what they essentially are – adult diapers. No matter how some napkin commercials boast of porous, breathable material, nothing beats the free movement and ventilation of wearing nothing but panties – and maybe a thin pantyliner just to be sure.

Same principle applies if you’re wearing a string bikini, or a pair of skin tight shorts for pole dancing class. Never again will you have to worry about layering down there. And really, who wants to have a second climate in their nether regions in this weather?

My favourite aspect of wearing tampons shows up when I’m working out. No matter how heavy the flow and how heavily I sweat, the two liquids stay in their respective places and never mingle – blood inside, sweat outside. It is the cleanest thing ever. I do not know how I managed to exercise and perspire with napkins before. I would like to never speak of it.

4. Tampons can get lost inside you

Do people think they have a vast universe between their legs? The vagina is a pretty snug canal, being 3-4 inches in length and about 1 inch in diameter in its relaxed state. And at the other end of it is the cervix – a very narrow opening that is too small to accommodate your tampon. It literally has nowhere to go.

5. You could die of Toxic Shock Syndrome

Unfortunately, this is not a myth. But it must be taken into account that the condition is extremely rare and curable.

Responsibility and proper hygiene are key to preventing any kind of bacterial build up. Wash your hands before and after insertion. Make sure to change your tampon every 4 to 8 hours. Use the lowest absorbency possible for your flow—sanitary measures that are perfectly reasonable anyway.

Some women even like to alternate between pads and tampons as an additional measure. It doesn’t have to be an either-or situation.

6. Tampons aren’t as absorbent as napkins

This is something I used to think, anyway. Visually it may be hard to believe that a tiny, cylindrical plug can absorb as much as the spread of cotton that pads present to you.

But I go through tampons at the same rate that I used to go through napkins, using two kinds of absorbency – Super or Regular – depending on the day.

I guess what I would like to be the most important takeaway from this article is to at least try.

When you live in a culture that is wrought with superstition and stigma, I think that all the more you ought to go out there to find what’s true and what works for you.

You never know. It just might eliminate 10 or so concerns that you thought you had no choice but to live with. – Rappler.com

Cate de Leon is a writer and contributing editor for The Philippine Star’s pop culture section, SUPREME. Her stories and snarky but hearty opinions can be read in the paper every Saturday.