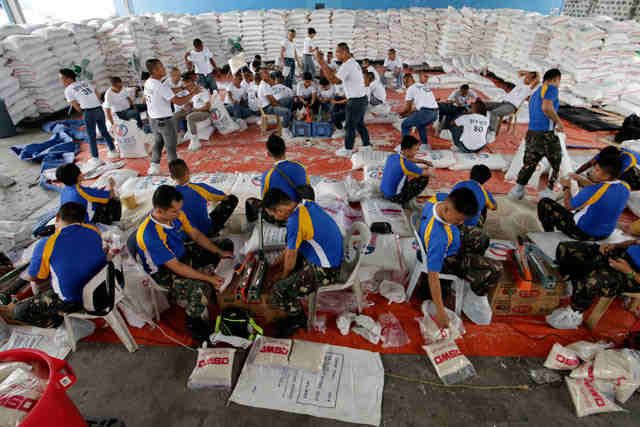 MANILA, Philippines – The Philippine delegation is expected to make a major contribution to the crafting of a major international framework for disaster risk reduction and management which will be released from a conference in Japan from March 13-18, 2015.

“One big expectation from the Philippine delegation in the conference is what can we share to the world in terms of best practices and gaps and where the international community can help each other,” said Pama during a March 11 press briefing.

The experiences of the Philippines, deemed among the most disaster-vulnerable countries in the world, can help improve global resilience to calamities. (READ: 8 of 10 world’s most disaster-prone cities in PH)

The 3rd UN World Conference on Disaster Risk Reduction is a once-a-decade summit that seeks to produce the successor to the 10-year-old Hyogo Framework for Action (HFA).

The HFA was crafted in the last Sendai conference in 2005. The framework was supposed to be implemented by signatory countries from 2005 to 2015.

With its 5 priority objectives, the HFA is used as a basis for disaster risk reduction (DRR) and management policies and programs of its signatory countries.

While the HFA serves as a guide on the direction of disaster policies, the new framework, dubbed HFA 2, will be more specific and comprehensive.

It will contain “measurable, specific actions” to be undertaken by all signatory countries, said Pama. It is expected to be much thicker than the first HFA which has 28 pages only.

All countries are required to submit twice a year to the UN International Strategy for Disaster Reduction (UNISDR) their  accomplishment reports on their compliance with the framework.

The Philippines has already submitted its final report. There have been major strides in improving disaster resilience in the country, but also many gaps, said the delegates.

The major accomplishments listed by the Philippines are the following:

“Since 2008, funds for climate change and disaster risk reduction have increased by 26% annually as validated by the World Bank,” she said.

For her part, Soliman said the Philippines can be proud of strengthened relief and rehabilitation programs.

For instance, less than 3 weeks after Typhoon Yolanda, a cash-for-work program was already being implemented in several areas.

The DSWD has also spearheaded the creation of “child and women-friendly spaces” in evacuation centers and transitional shelters. These are areas where women can breastfeed, have pre-natal check-ups, and make use of birthing facilities.

Seven months after Yolanda, there was also a massive effort to reconstruct civil documents, critical for families who wish to receive support from the government.

The “penultimate” proof of better disaster preparedness in the country is how it handled Typhoon Ruby (international name Hagupit) in December 2014, said Pama.

International organizations lauded the government’s response to the typhoon which included the evacuation of more 788,000 people.

It was also for Ruby that the government implemented its new protocol of pre-positioning relief goods.

“This time, we made sure there were 200 sacks [of rice grains] in all towns in Ruby’s path. The villages provided the viands using their Calamity Fund. We have existing contracts that trucks to be used to bring relief are simply activated during Storm Signal 2 or 3,” said Soliman.

But there are also major points of improvement.

Soliman identified the lack of discipline among Filipinos as a liability. Those who are used to disasters voluntarily evacuate but it takes much longer to explain to others that staying in their homes may kill them.

The government is addressing this by conducting forced evacuations and by putting up evacuation centers for farm and domestic animals – often the reason why people refuse to leave their homes.

Another problem in rehabilitation, said Pama, is how most private sector donors tend to contribute only for highly visible projects like buildings or infrastructure.

But there are other aspects of rehabilitation which are just as important though they are less noticeable – things like water treatment, electricity, and the psychological well-being of children.

Sering pointed out that this is the country’s chance to point out an even bigger, over-arching gap: resources of developing countries to withstand climate change and disasters are running out.

“We are reaching a point in which we are running out of resources. We aren’t asking for money but they should also help us because we don’t want to leave the Philippines,” she said.

Pama hopes the conference is a way for the Philippines to give back.

He said, “We can show the world we are not just receivers of aid. We can be teachers too, because we have the experience. Sharing what we know is also our way of showing our thanks for their help.” – Rappler.com