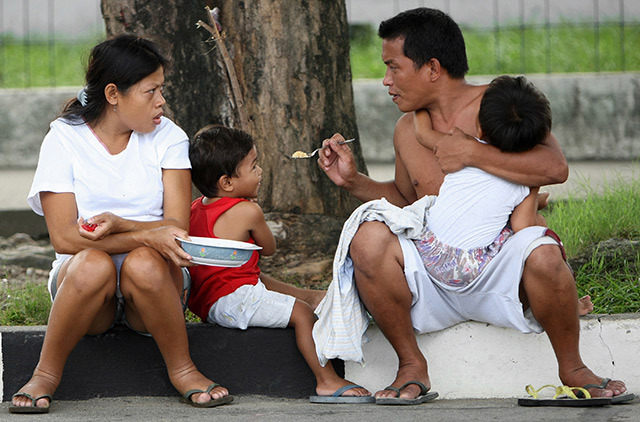 MANILA, Philippines – People rely on food for energy to last them, and failing to fulfill daily dietary requirements can leave a lasting effect.

Unfortunately, latest data show there are more Filipinos eating less than what is actually needed to function well.

According to the latest Food Consumption Survey (FCS) done by the Food and Nutrition Research Institute (FNRI), the prevalence of households that fail to achieve their daily energy requirements through their diets is at 69.3%.

This means that about 7 in 10 Filipino households are at risk of diseases and reduced productivity due to the lack of required energy. The result of the latest survey is 2.4% higher than in 2008.

A part of the National Nutrition Survey (NNS) done every 5 years, the FCS aims to identify the current trend in the food consumption and energy intake situation of Filipinos. The results will help draft key policies and government programs to help the situation.

The survey also found out that the average daily individual food intake is at 855 grams.

The average intake has been in a downward trend since the early 2000s. In 2003, the one-day per capita intake was at 886 grams.

The FCS suggested that the Philippines will not be able to meet this year’s target, which is to decrease the proportion of households lacking the daily dietary energy requirement.

This decreasing consumption can lead to health risks brought about by being Chronically Energy Deficient (CED).

The latest NNS results found out that one in every 10 Filipino adults is energy-deficient. The prevalence has not gone below 10% since 1993. (READ: What is the nutritional status of Filipinos?)

A person with CED is someone who has low stored energy due to lack of proper nutrients. If not corrected, it can affect his health, among others, and diminish his productivity.

For their part, the FNRI released Pinggang Pinoy in 2014, a daily food guide for people aged 19 years old and above. The guide hopes to correct and promote healthy eating habits among Filipinos. (READ: What a Pinggang Pinoy should look like)

Consisting mostly of rice, fish, and vegetables, the meals of average Filipinos have been decreasing in portions due to several factors.

One factor seen is the rise in food prices through the years. (READ: Patas o Pataas: A look at food price hikes)

A study done by research group IBON Foundation revealed that 58.5% of their respondents had difficulty buying food due to the continuous price hike.

To solve this, the FCS seeks a thorough evaluation of food-related programs of the government to determine whether these can address food inadequacy among households.

There is enough food for everyone in the world, according to the World Food Programme, but the problem now lies in its being accessible to everyone. – Rappler.com