Apr 8, 2015 12:44 PM PHT
Domar H. Balmes
Facebook Twitter Copy URL
Copied
'147 people were massacred and the world remained silent, went on with their work and holy-holidays. No hashtags were called for. No bigtime criticisms from secularists, no unity walks from world leaders, and a few distant prayers from the religious.' 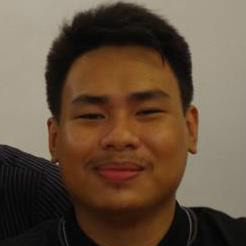 When 12 were gunned down at the satirical weekly Charlie Hebdo, countless posts and tweets flooded the physical and electronic world. Works of art, pen, and paint abounded with support, outrage, and condolences. Media widely covered the incident.

Charlie Hebdo ridiculed faith and religion in the name of secularism. The massacre at the offices of the satirical magazine was taken as an attack against all free peoples who stand for the democratic values of freedom to speak out and express freely, even though insensitively and disrespectfully.

The secular world, under the banner of upholding free speech and secularism, was quick to flood all avenues of dialogue to express their indignation. In the name of secular humanism, some further demonized faith and religion while others stereotyped a whole people of faith.

And what of peoples of faith?

The majority consigned the attack apathetically to the “will of God.” Some demonized other people of faith. But others also stood up, prayed, questioned the world, and with the secularists, registered their indignation in all fronts possible to demand an accounting of justice. However, no unified condemnation and call to action was issued by the Islamic community of nations.

Twelve people were killed and the world stopped and went into an uproar: hashtags and all. Caught up in the rapid pace and frenzy of the internet, the victims posthumously became global martyrs.

One hundred forty seven were massacred, but the world remained silent, went on with their work and holy-holidays. No hashtags were called for. No bigtime criticisms from secularists, no unity walks from world leaders, and a few distant prayers from the religious.

Let us pause as I would like to look into it. Let us look deeply, reflect deeply, and plunge into the “anatomy of hypocrisy.”

The Christian massacres in Iraq and the Al-Shabaab massacre of Christians at the Garissa University College in Kenya never received the same level of response as that of Charlie. In secular France, posters for a concert in support of the Christian victims in Iraq and Syria were banned by the government.

The first “anatomy of hypocrisy”: violent attacks carried in the name of religion receive so much attention. But a violent attack carried out against peoples of faith receives marginal attention. 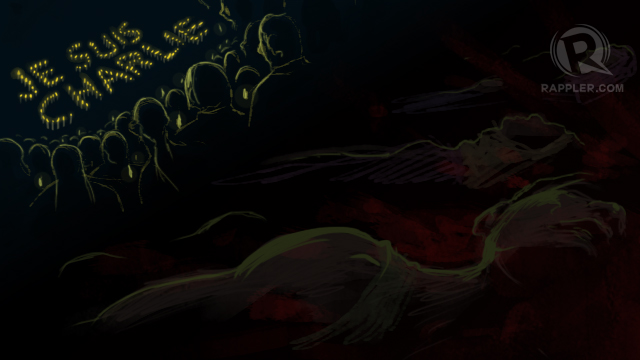 Most in the secular world are quick to politicize faith whenever there is an opportunity to demonize it.

Where are the preachers of multiculturalism and tolerance? It seems that the lives of the massacred African Christians pale in comparison to that of Charlie because their belief and identity only concerned one group. To the world, Charlie was deemed acceptable, representative of humanity but not the Christians massacred in Kenya. If they had been massacred as “African LGBT Advocates in Kenya,” we would have a very, very different story.

But they were not, they remain as Christian as they are African, Kenyan.

Which brings us to the second “anatomy of hypocrisy.” What did the victims of Iraq and Kenya have in common? They were non-Western. They were Christians, yes, but not Westerners.

What would people do if a secular or religious massacre was committed in American or European soil against Christians just because they were Christian? Imagine the hashtags, posts, the Facebook pages, the likes, and shares. Imagine the sermons and the predictable flood of political speeches.

Twelve dead bodies in France immediately became humanity. One hundred forty seven Africans did not, were not simply considered to embody humanity. As in film, propagated by Hollywood, humanity is white, blond, non-religious, and Caucasian with a high-bridged nose who speaks English in sentences generously sprinkled with the word ‘fuck’.

The binary still exists: the West and the Rest who are just peoples; any attack against them will be just an attack, just a massacre, just a pocket of violence.

The third “anatomy of hypocrisy” concerns human greed. Had Kenya been an oil-rich African nation or at least a vital African political player in regional and international relations, American-led intervention would have been quick. Foreign aid would have arrived immediately to maintain peace and order in order to secure business interests and political ambitions. But we know Kenya is not; that is why the West is not agitated.

Are we not capable of growing more mature and stop blaming faith and religion? Why not blame the greed of corporations, development aggression, and the irresponsible use of science and technology that dehumanizes people? Why not blame all the academics and other specialists for being accomplices in the massive exploitation of the Earth and her people?

To play a deaf ear and turn a blind eye on any form of injustice is evil, inhuman, and dehumanizes the victim as well as the perpetrator and the silent witness.

The silence of the world at the heinous massacre of the 147 Kenyan Christians is a bitter and scathing reminder of how picky we can get at issues of equality and social justice.

Let me end this with these words from the 1986 acceptance speech of Nobel Laureate Elie Wiesel and together, pray that, “Wherever men and women are persecuted because of their race, religion, or political views, that place must – at that moment – become the center of the universe.” – Rappler.com

Domar H. Balmes is a 23-year-old manager of the Corporate Social Responsibility arm of the Contact Center Association of the Philippines . He is a former member of the Social Science faculty at the University of the East and De La Salle University-Manila. At present, he is a volunteer lecturer in Social Studies for the Teachers Development Program of the Ugnayan ng Pahinungod – University of the Philippines Manila, conducted among public high schools in underserved communities.