What ever happened to that kid on the street? 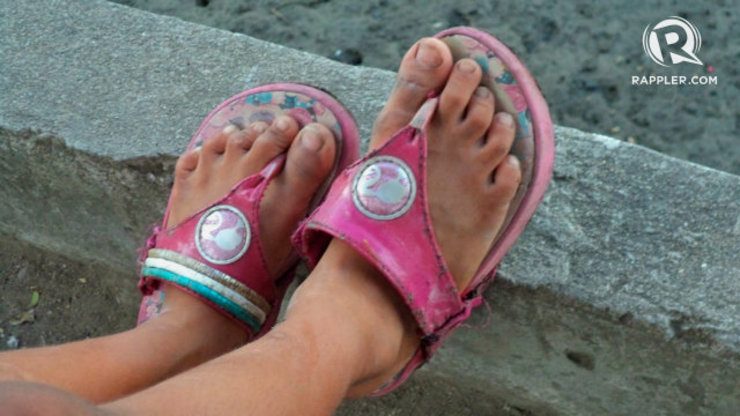 Facebook Twitter Copy URL
Copied
In anticipation of the International Day for Street Children on April 12, the world asks, 'What would you change about your streets?'

MANILA, Philippines — This boy hoped for the end of forever.

To him, forever meant growls in the gut, drills on the head, heavy sweat. It meant sleeping on this side of the road tonight, on the other tomorrow, while the rest of the week is on roulette.

The boy had a home; “family problems” just got in the way. From Manila, he was sent to live with relatives in Pangasinan. He felt guilty relying on guardians who had their own children to feed. So the boy left and supported himself as a street vendor.

He lived on the streets since 6th grade. It was a tough toss, but he never dropped from school.

Survival meant constant movement. He crossed Isabela, Tarlac, Nueva Ecija, and back to Manila after getting a college scholarship, marking the end of his street life. The boy grew up to be a social worker, a self-made man.

Today Arnel Bautista works for the government that failed him as a child.

He is among the program directors for street children under the Department of Social Welfare and Development’s (DSWD) National Capital Region office. His story inspires many, but also puzzles: How come not all street kids end up like him?

Answers vary. A quick look at Philippine streets, however, may show why several children – as well as adults – are living and will most likely continue to live the life Bautista left behind.

Since 2011, the world has been celebrating the International Day for Street Children on April 12th. This year is special since the United Nations will begin drafting its “General Comment on Children in Street Situations,” a guideline on how countries should “fulfill street children’s rights.”

“For the first time, governments’ obligations to street children under international law will be brought together and laid out,” said the Consortium for Street Children, a global network of advocates.

The landmark document is expected to be finished by 2017, nearly 3 decades since the UN Convention on the Rights of Children. However, it was only in 2011 when the UN highlighted the plight of children living or working in the streets.

What made the world finally think about these kids? Eight cold bodies.

In the winter of 1993, street children were murdered in their sleep. Eight kids caught bullets, 62 escaped. It happened on the steps of a church in Brazil. Their killers? Policemen. Some were convicted, others freed.

The massacre drew global outrage. The flame, however, did not last.

Where are the survivors now? More than half of them are dead; they never made it out of the streets.

In the Philippines, there are dead children too.

In March 2015, murder charges were filed against a former mayor and his “death squad.” Tagum City made headlines for the alleged vigilante killings of its “weeds” – suspected petty thieves, drug dealers, including street children as young as 9.

In 2009, public servants were linked to a similar case in Davao, where street children were also allegedly killed. Justice Secretary Leila de Lima, then head of the Commission on Human Rights, led the probe.

“Do you think some hired assassin should have the power to decide if your child should have a right to due process, to live or die?” asked De Lima.

Then there are invisible children whose ills, existence, and disappearance disturb no one – not even their parents. But not all is bad in the Philippines.

Are you satisfied with how the government treats street children? “Of course,” Bautista answered. “There are breakthroughs.”

In Bautista’s youth, street children were jailed alongside adult inmates, exposing them to abuse. “

“Even if they had no violations. As long as they’re in the streets,” Bautista said.

This changed in 2006 because of the Juvenile Justice and Welfare Act. Government efforts also include the Pantawid program, temporary shelter and rehabilitation services, education and livelihood assistance. (READ: Home street home)

Street children’s woes, however, did not necessarily stop. The Tagum murders, after all, happened in 2011. And as of 2014, the DSWD reported 2,465 cases of child abandonment and neglect – which also happens inside government facilities.

All these cannot be solved by the government alone, Bautista said.

“We need to intensify advocacy on how communities respond. The problem shouldn’t be centralized on the government,” he said.

Virginia Nada of Manila’s SWD office added, “This is not the job of just one agency, but the obligation of everyone.”

Member NGOs of the National Council for Social Development (NCSD), a network of social service agencies and people’s organizations, agree with involving communities, but stressed that government should still take responsibility.

“It’s also fair that government provides a lot of support for that to happen, and doesn’t put back the responsibility back on the community,” said Catherine Scerri, chairperson of the NCSD Street Children Committee and deputy director of children’s NGO Bahay Tuluyan.

Since services are devolved, Bautista explained, local governments are in charge of creating programs for street children. Although street children are found across all regions, Bautista admitted that Quezon City and Manila are prioritized since these areas had the highest number.

“Part of the problem is the devolution,” argued Scerri. “There are LGUs that work, others [that] don’t.”

Advocates also observe that existing efforts are not aiming for a long-term fix, citing the lack of permanent solutions such as generating stable jobs for parents, accessible social services, decent housing, and full education.

“Are we empowering kids in the long run?” asked Nelson Ciano of the Bridge Builder Foundation, a children’s NGO.

Both government and NGOs, however, agree on partnering. “We [NGOs] don’t want to work in an antagonistic way,” clarified Scerri, adding that consultations should be made with both parties regarding programs.

The most important partner, of course, are the street children themselves.

The NCSD asks the public not to view street children as victims, criminals, or pests.

Advocates encourage the public to refer streeet children to appropriate NGOs or goverment bodies, instead of giving alms. But everyone is encouraged to volunteer and share their time, efforts, or resources with children’s organizations.

De Guzman also reminded both authorities and advocates to monitor how funds are used: Do they go to programs that actually benefit children?

In anticipation of the International Day for Street Children, the Philippines alongside the rest of the world asks, “What would you change about your streets?”

And what are you going to do about it? – Rappler.com

To get in touch with various children’s organizations, you may reach the National Council of Social Development at 353-8466 or ncsdphils@yahoo.com.