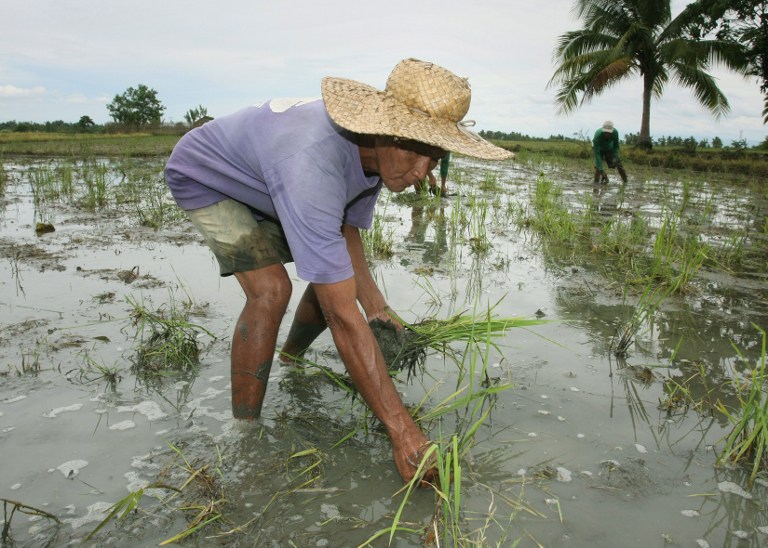 There’s the constant problem of meeting the daily demand for it, what with rice being the most consumed food product by Filipinos.

The Food and Agriculture Organization said that while the Philippines is an agricultural country, it has “begun to develop an untenable dependence on imported rice to ensure sufficient national stocks.”

More recently, a report by the United Nations Development Programme (UNDP) showed that rice cultivation is extremely vulnerable to the effects of climate change.

Ironically, however, agriculture is also one of the significant contributors to greenhouse gas emissions globally. The US Environmental Protection Agency reported that 29% of the Philippines’ emissions come from the agricultural sector.

How then should the Philippines solve this problem?

According to the UNDP, it’s through the proposed Adaptation and Mitigation Initiatives in Agriculture (AMIA), a holistic approach that will hopefully address the issues of climate change, food security, water saving, and poverty eradication.

It involves the creation of a policy providing farmers with economic incentives to switch from continuous flooding to Alternate Wetting and Drying (AWD) and to sustain its use in the long run.

To diversify the country’s agricultural transformation, farmers will also be offered technical training under a support package.

The AMIA will target a total of 750,000 hectares of irrigated rice fields nationwide to potentially bring about a 12,151-kiloton carbon dioxide emission reductions by 2020.

The widespread practice of continuously flooding rice fields up until the harvest season contributes to the greenhouse gas emissions of the Philippines.

As a replacement, the AMIA will promote the use of AWD, also called controlled or intermittent irrigation, in rice cultivation.

In AWD, a perforated field water tube is inserted into the ground so farmers can monitor the depth of water table in the field.

The implementation of the AMIA is expected to positively contribute to food security in the Philippines.

The use of AWD will increase the total irrigated area, as more water will be available for irrigation, especially during the dry season.

Several research and pilot projects also showed that AWD can increase rice yields up to 5%.

A PhilRice report on a pilot project showed that AWD use can potentially decrease conflict in farming communities. According to the report, farmers working around the downstream irrigation network receive less water than those working upstream.

AWD allows for a more even distribution of irrigation water among farmers.

The UNDP noted that “there is no concrete action plan” presently in place to support the adoption of more efficient irrigation systems in the country.

The report also said that farmers are likely to revert back to continuous flooding after trying AWD. This is because the new irrigation scheme has “no particular gains” on water management, as farmers pay for irrigation fees based on land area size and not on amount of water used.

AWD is also more labor-intensive because farmers will have to attend to the fields more often to follow a set irrigation calendar.

Since 2005, several attempts have been made to implement AWD in big irrigation systems in the country such as in the Upper Pampanga and Magat River Integrated Irrigation Systems.

On September 11, 2009, the DA also issued DA Administrative Order 25 or the “Guidelines on the Adoption of Water Saving Technologies (WST) in Irrigated Rice Production Systems in the Philippines.”

The UNDP report said it is the only existing policy that supports the AWD, but it has not been fully implemented yet.

According to the UNDP report, AMIA’s 5-year implementation plan will begin through the creation of an inter-agency Rice Sector AMIA Supervisory Board by September 2015.  – Rappler.com