Isn’t it time to legalize abortion in the PH? Facebook Twitter Copy URL
Copied
It's unfortunate that the abortions that happen in the Philippines are unsafe, a far cry from the rest of the world

Filipinos are quick to throw moral punches upon hearing the word, yet many of them do not understand where their punches really land.

Misinformed views on abortion cause fear, stigma, and even death. Since policymakers are also misinformed, “punitive” laws on women remain despite recommendations from the United Nations in 2006:

By banning safe and legal abortions, the Philippines, ironically, has allowed unsafe ones to continue, advocates say.

Many Filipinos resort to abortions under “unsanitary conditions using outdated techniques,” the Guttmacher Institute, an international non-governmental organization (NGO), observed. In fact, around 1,000 Filipinos die each year from abortion complications, Guttmacher reported in 2013. (READ: A hard look at PH abortion)

This contributes to the country’s maternal mortality ratio, the 6th highest in Southeast Asia as of 2013, according to UNICEF.

‘Unsafe abortion as a procedure for terminating a pregnancy performed by persons lacking the necessary skills or in an environment not in conformity with minimal medical standards, or both.’ – World Health Organization

“Where abortion is permitted on broad legal grounds, it is generally safe, and where it is highly restricted, it is typically unsafe,” said the World Health Organization and Guttmacher.

Women’s stories before and after the abortion are also often silenced, leaving the public clueless about why they had abortion in the first place:

Although considered a crime under Philippine law, hundreds of thousands of Filipinos are getting abortions:

Legalizing abortion, for some, will always be immoral and dangerous – obscuring the science behind the procedure, the woman’s right to her life and body, and the reality of unsafe abortions in the Philippines.

“Abortion is a medical procedure. If done by professional and experienced healthcare providers, it’s a very safe procedure,” clarified Bing Parcon of the Women’s Global Network for Reproductive Rights.

“It becomes unsafe when done by yourself when you know nothing, or by hilots who are non-experts, or if you drink things that further harm you,” she added.

The Revised Penal Code of the Philippines penalizes those committing or assisting abortion: the woman, her parents, and healthcare providers.

The Code is based on the Spanish Penal Code of 1870, and departs “from pre-colonial Philippine customary law under which abortion was not considered a crime and was widely practiced by indigenous communities,” a 2010 report by the Center for Reproductive Rights said.

While modern Spain recognizes abortion as a woman’s right, the Philippines has maintained its “colonial Spanish prohibitions.”

In fact, in April 2015, the UN again advised the Philippines to amend its laws – to legalize abortion in cases of rape, incest, threats to the mother’s life or health, and serious malformation of the fetus. It also recommended decriminalizing “all other cases” where women undergo abortion.

In other countries, abortion is also allowed for socioeconomic reasons, physical or mental health factors, and other circumstances as requested by women. Abortion is carried out within certain stages of the pregnancy, with restrictions varying across countries. (READ: When abortion is humane)

“While a liberal interpretation of the [Philippine] law could exempt abortion provision from criminal liability when done to save the woman’s life, there are no such explicit provisions,” Guttmacher reported.

In 2011, however, the Department of Justice (DOJ) created the Criminal Code Committee (CCC) to review the country’s existing laws and to “draft a simple, modern, and organic Criminal Code of the Philippines.”

“The initial draft of the Criminal Code Committee, they provided justified grounds for abortion,” Padilla told Rappler. “They wrote exceptions on account of rape, danger to life and health of the woman, and serious fetal malformation.”

“After consultations with certain groups, eventually, the draft they presented in October 2014 already dropped the provisions on justified abortion,” she continued.

In the draft, women undergoing abortion may still be imprisoned for 6 to 12 years.

Padilla’s group and other concerned individuals wrote a letter to the DOJ, asking them to revert to the previous draft containing provisions on justified abortions to provide an opportunity to discuss the widespread violations of women’s rights due to the total criminal ban on abortion.

The group received a letter from the DOJ this April 2015 which said that “the way forward is to consider separate legislation” on justified abortion and that “the CCC is ready to work with your organization on the necessary language.”

“It’s both a public issue and a health issue that needs to be addressed medically and legally,” Padilla stressed. 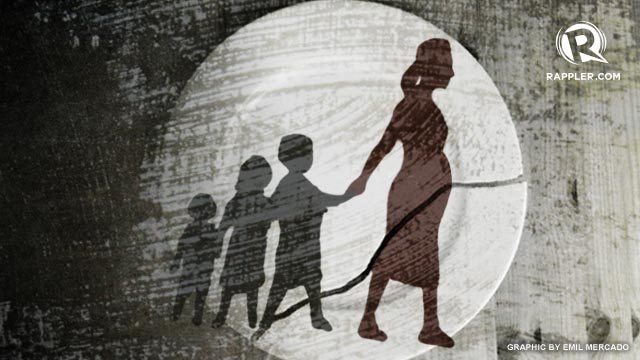 Given the latest Guttmacher statistics and the 2015 UN recommendations, Padilla said the “next step” would be for the Philippine government to provide access to safe and legal abortion.

“Because if you look at the whole RH and sexual health situation, there’s still inadequate access to contraceptives,” Padilla explained. “Because you have a high unintended pregnancy, eventually you will definitely have a high incidence of unsafe abortion.”

“And because as of now, our law does not provide for any exception, women would end up accessing unsafe and clandestine abortion. Because of that, we have high incidence of maternal mortality and morbidity related to unsafe abortion.”

Without the full access to RH information and services, the cycle repeats itself.

So what is stopping the Philippines from relaxing its laws on abortion? Stigma.

“Abortion stigma is everywhere,” said Parcon, “Even coming from the person herself who underwent abortion. Stigma is one of our biggest problems in abortion.”

Despite the Department of Health’s policy ensuring treatment for women with post-abortion complications, some are still discriminated against by healthcare providers, NGOs have observed.

And one of the culprits, advocates say, is the Catholic Bishops Conference of the Philippines (CBCP).

For Clay, this is why abortion happens: “The girl doesn’t mind getting pregnant because she doesn’t want to lose the guy. And the guy wants to have sex because it’s enjoyable. That’s young people. She’ll abort just because she wants to keep the guy, because the guy wants her to abort the baby.”

To prevent this from happening, Clay said that schools should teach “how wrong abortion is” by showing pictures of the “baby in the womb in different stages.” The priest argued that this and natural family planning should be the focus of sex education, not artificial contraception.

The Philippines has a lot of problems on its plate, with issues like abortion getting little to no attention.

But abortion happens. It’s just unfortunate that the ones happening in the Philippines are unsafe, a far cry from the rest of the world where they’re safe, normal, and drama-free.

This sentiment, however, is reversed by women’s rights advocates: It’s 2015 and you still think abortion is wrong. – Rappler.com

Got stories to tell? Share your ideas and stories on women and development with move.ph@rappler.com. Speak up on #GenderIssues!