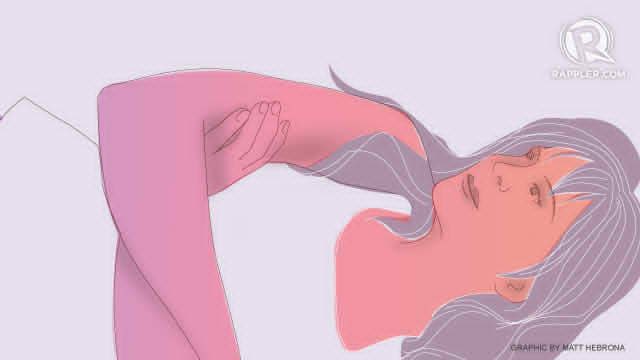 MANILA, Philippines – She was 18, desperate, and dead.

To support her first child, Maricel dreamt of working abroad as a domestic helper. She finally got her work visa, but there was one problem: she was once again pregnant.

In fear of losing the job opportunity, Maricel decided to terminate her pregnancy. Since the Philippines does not allow safe and legal abortion, Maricel felt she had no choice but to undergo an unsafe one.

She took an abortion pill without medical supervision, but had no results. Two weeks later, Maricel went to a hilot. Still unsuccessful, she sought help from a neighbor who then brought her to someone who performs “catheterizations” – the insertion of catheters or thin tubes in the uterus.

Yet the teenager feared the hospital. Authorities might jail me for having an illegal abortion, she thought. But the bleeding did not stop, so Maricel finally went. To save her, doctors performed a raspa and treated her with antibiotics.

She died on the operating table. And she is not alone.

Each year, it is estimated that over half a million Filipino women undergo unsafe abortions, the Guttmacher Institute reported in 2013. The projections are based on the 2000 national abortion rate, which indicated that the Philippines may have had more unsafe abortions than its Southeast Asian neighbors at the time.

In 2008, around 1,000 maternal deaths were “attributable to abortion complications.”

Since abortion is highly stigmatized in the Philippines, women seeking post-abortion treatment are “often viewed as criminals and denied compassionate and lifesaving care” by some medical professionals, a 2010 study by the Center for Reproductive Rights (CRR) found.

This still happens in some places despite the Department of Health’s (DOH) policy ensuring “quality post-abortion care services” since 2000.

Like Maricel, some women delay going to the hospital for fear of discrimination. Meanwhile, others choose not to go at all, leaving their fate to a toss between life and death. 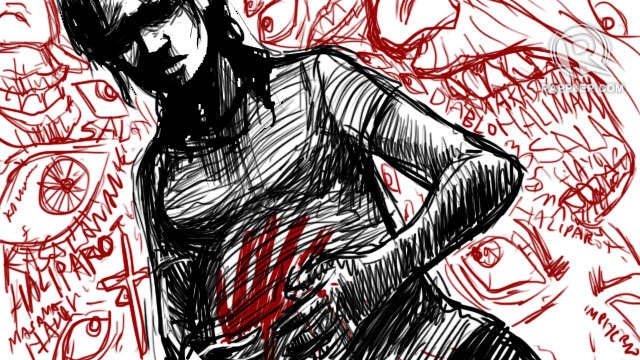 Maricel’s case is just one of the many stories documented by the CRR.

“Criminalization of abortion has not prevented abortion in the Philippines,” the CRR argued. “But it has made it extremely unsafe, leading directly to the preventable deaths of thousands of women each year.”

Why do women undergo abortion? The CRR found these common reasons:

But once inside health facilities, women’s individual situations are not always taken into account.

These women’s reproductive rights were violated multiple times: they were not given adequate access to contraceptives and reproductive health (RH) information, they were forced to have sex and carry children they cannot afford to raise, and they were denied their right to safe abortion.

On top of these, they have to deal with healthworkers who call them “sinful”, among other harsh words. Such treatment could lead to “mental distress and psychological trauma,” the CRR said.

“Motherhood should never be a punishment for any woman,” said lawyer Jihan Jacob of the CRR. “In cases of rape, the abuse suffered by the woman would actually continue if she would not be able to decide for herself.”

“If everyone wants to be respected with their own opinions, we should also respect the decision of the woman on her body,” Jacob added.

Such actions may be reported to the DOH, however. Patients rarely do since they, too, are afraid of getting reprimanded for their illegal abortions.

Some women also leave the hospital before completing treatment since they could not afford the bills, the Guttmacher Institute found.

“Counselling includes addressing the emotional concerns such as grief, fear, anger, guilt, depression, and other emotional issues who had an abortion, or is having a threatened abortion, may experience.” – DOH Administrative Order 45-B s.2000

At the woman’s request, the counselling may involve her partner. Counselling also includes family planning and RH education.

The DOH came up with the policy, recognizing the fact that “women who had induced abortion are discrminated against when they are hospitalized.” This was reflected in a 1999 study by the DOH and UN, which also found that the Philippines had no policies and guidelines on the “prevention and management of abortion and its complications” at the time.

With the policy, the DOH aims to provide women “humane post-abortion care services by competent, compassionate, objective, and non-judgmental service providers in a well-equipped institution and supportive environment.”

Although there are healthworkers embodying such characteristics, not all of them do.

Jacob also clarified that healthworkers do not have the duty to report these women to the police, adding that doctors need to respect their patients’ right to privacy.

The policy’s pilot program ended in 2002, and since then, its implementation gradually weakened.

Dr Gumersinda Javier of the Philippine Society of Maternal and Fetal Medicine, however, said she does not see any stigma against women seeking post-abortion care. “We just consider them as ordinary patients. There’s additional counselling, including their parents.”

Such statistics and testimonies paint a clear picture of how big of a problem unsafe abortion is in the Philippines.

“I just wish that the doctors would stop threatening women like me who had an abortion. They do not know the whole story, the women’s experience in life that led to abortion.”
– Lisa, 21-year-old married mother of 3, 2010 CRR study

“I did not use any family planning method before. But when I wanted to, everything was banned, which made it very difficult for us. If family planning was available at that time, I would not have been forced to have an abortion.”
– Yayo, 36-year-old mother 8 from Manila City

“A male doctor was surprised and asked me why I did it. He said what a waste since I was still very young since what I did was a mortal sin. He raised his voice. He was really mad. I only cried, I no longer replied… I was crying because of my hurt feelings mixed with intense abdominal pain.”
– Cielo, 16-year-old rape victim

In 2014, the CRR made follow-up interviews which showed that women continue to experience unfair treatment in some hospitals beyond 2010.

Advocates call for the medical community and the government to remove the stigma against women who had abortions. Instead, they should work on improving services protecting women’s reproductive rights, including post-abortion care.

Women who had abortions are painted as evil, yet the Guttmacher Institute found that majority of them are “average” – married, have several children, had some secondary education, and poor.

Nearly 90% of them are Catholics.

As for prosecution, there is no official data, said Jacob. The CRR found no records of abortion-related cases successfully prosecuted under the Penal Code.

“Women are forced to plead guilty, so cases don’t reach the Supreme Court. This would get them a lesser penalty and would qualify them for probation,” explained Jacob.

What she worries about, however, is the Department of Justice’s plans of amending the Penal Code – which increases penalties for women who underwent abortion from 6 to 10 years, with a fine equivalent to 10-50 times her average daily income.

While the CBCP remains steadfast in its stand against abortion, reproductive rights advocates like Jacob call on the public not to brand the likes of CBCP as “pro-life.”

“We have different religious beliefs and philosophical differences. The point is we shouldn’t impose our beliefs on others or by civil law on everyone,” she added.

Advocates are not forcing anyone to undergo abortions, but to simply provide safe options for those who need it. As for post-abortion care, every woman should be able to access it, no ifs or buts. – Rappler.com