‘Stop the spread of HIV’

May 15, 2015 9:52 PM PHT
Mara Cepeda
Facebook Twitter Copy URL
Copied
At least 667 new human immunodeficiency virus (HIV) cases have been documented in March, the Philippine's health department reports, noting that the number is expected to rise in May 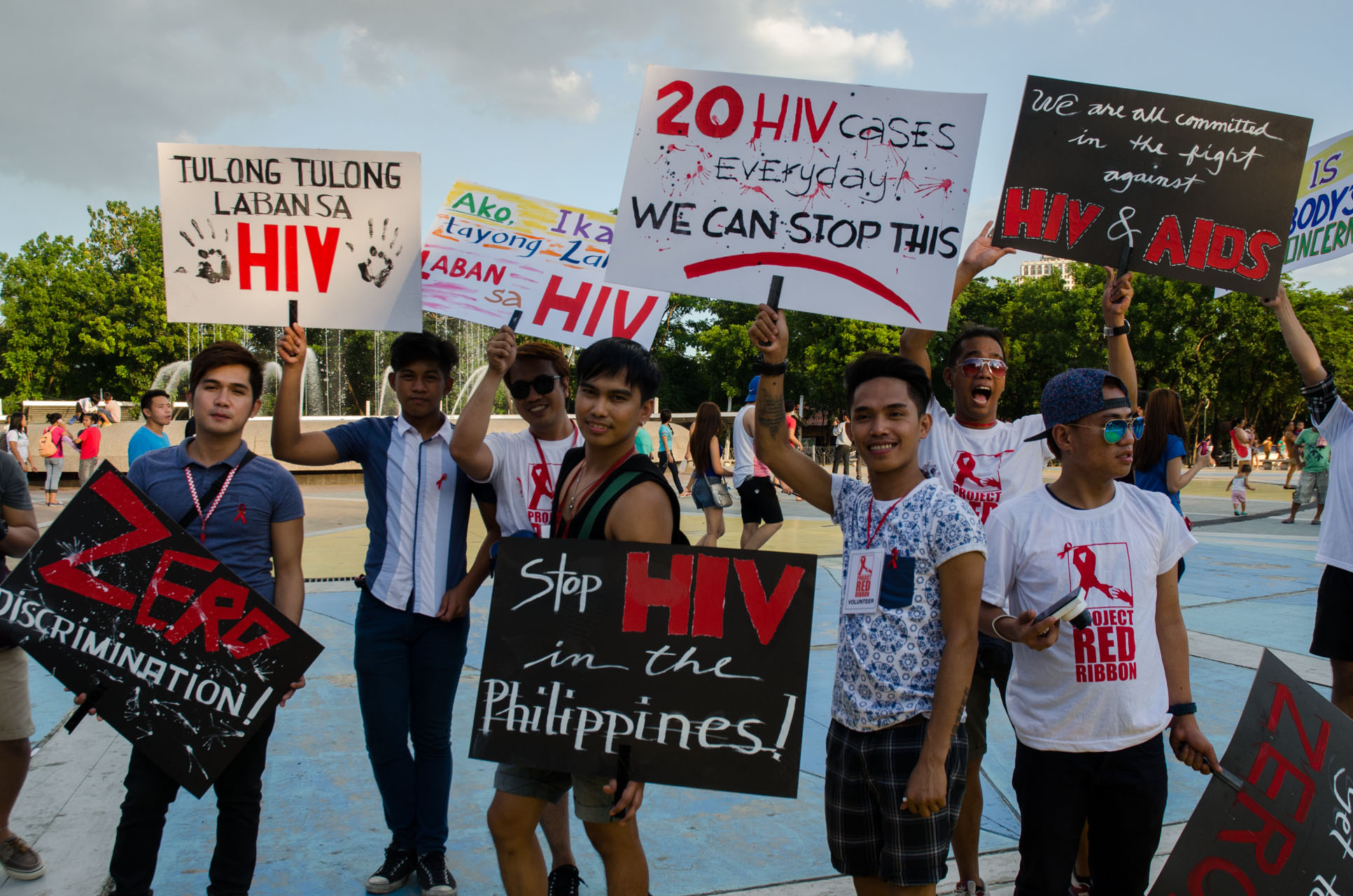 MANILA, Philippines – Alarmed by the rising number of human immunodeficiency virus (HIV) cases in the Philippines, the Department of Health (DOH) and advocates observed the 32nd International AIDS Candlelight Memorial on Friday, May 15, at the Quezon City Memorial Circle.

Various groups led by DOH and the Global Network of People Living with HIV (GNP) led the unveiling of the Philippines’ AIDS Memorial Quilt to give hope to those who are suffering from the disease and to remember the victims.

The quilt’s panels were hand-sewn by people living with HIV and AIDS and their relatives and friends.

At least 667 new human immunodeficiency virus (HIV) cases have been documented in March, the DOH said, noting that the number is expected to rise in May. (READ: Almost 700 HIV cases in PH highest since ’84) 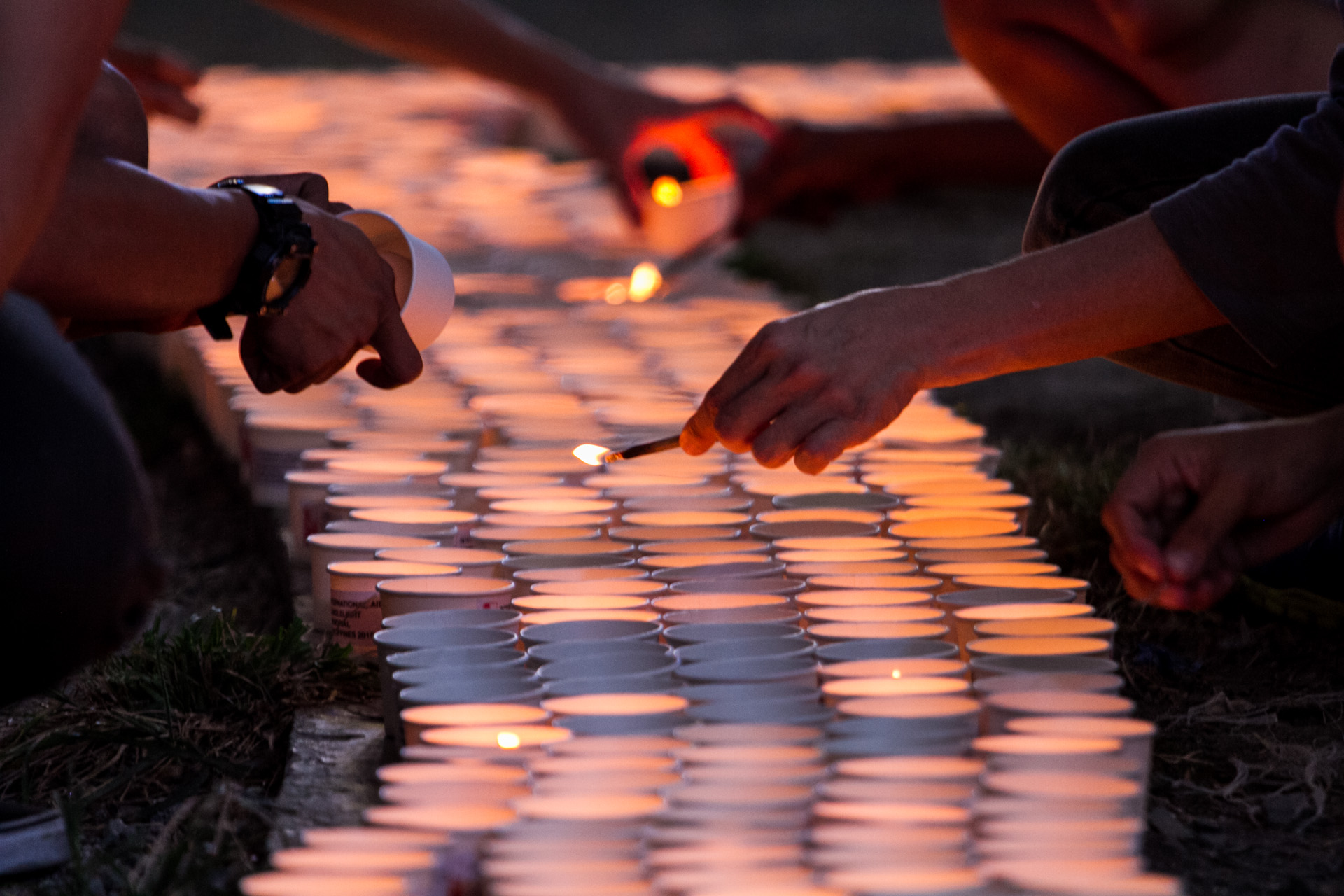 A call for collective action

DOH called for a commitment towards a more sustainable HIV/AIDS response which should include  the following, according to DOH:

“These collective actions will light up the path of tomorrow’s response to HIV,” DOH stressed.

Joining the observance, Philippine Red Cross secretary general Gwen Pang posted on her Facebook page that a more viable approach to AIDS response will “lead us to realize that HIV prevention and education is both a shared right and a shared responsibility of global citizens.” 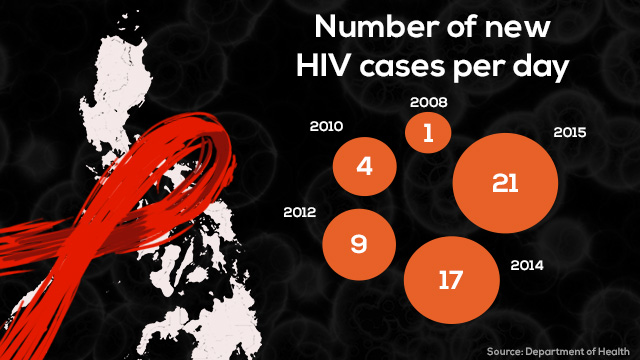 “As we light candles today, may this remind us that in the face of bad times or hopelessness, it is more worthwhile to do some good, however small, in response than to complain or be silent about the situation,” said Pang.

The candlelight memorial culminated the National HIV Testing Week held from May 11 to 15. (READ: Proposed mandatory HIV testing not for all Filipinos). During the week-long observance, the Filipinos were encouraged to undergo free and confidential HIV testing at the nearest social hygiene clinic or DOH testing center.  – Rappler.com