What amending the DRRM law means for Filipino youth

May 20, 2015 3:27 PM PHT
Mara Cepeda
Facebook Twitter Copy URL
Copied
If RA 10121 is amended, a youth representative will be appointed in every local, regional, and barangay disaster council nationwide 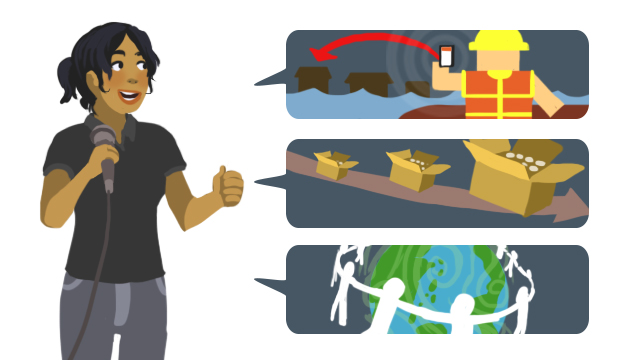 MANILA, Philippines – There is much the Filipino youth can offer when it comes to disaster preparedness and management.

According to Jose Sixto “Dingdong” Dantes III, commissioner-at-large of the National Youth Commission (NYC), young people have been doing the following to help in the country’s disaster preparedness, response, and recovery efforts over the years:

However, they are also one of the most vulnerable to calamities globally, with 4-5 out of 10 disaster victims coming from the youth sector.

Thus, the NYC is currently leading a campaign to amend Republic Act No. 10121, also known as the Philippine Disaster Risk Reduction and Management Law.

The amendment will consolidate House Bill (HB) Nos. 5637, 5640, and 5758, which are all seeking for the official representation of the youth in the country’s disaster risk reduction and management councils (DRRMCs).

But what exactly will it mean for young Filipinos once the law has been amended?

At the grassroots level

It means they will be able to serve the country in an official capacity during times of disasters. (READ: NYC: More involvement for young Pinoys in disaster planning)

A youth representative in every local, regional, and barangay disaster councils nationwide will be appointed.

The NYC chairperson will also be delegated as an official member of the National Disaster Risk Reduction and Management Council (NDRRMC).

The NDRRMC will be mandated to officially mobilize youth organizations for disaster monitoring and the implementation of response and rehabilitation programs in the local and national levels.

The amendment will also allocate 5% of the Local Disaster Risk Reduction and Management Fund (LDRRMF) to support youth-oriented pre and post-disaster activities related to Filipino youth development plans and programs, which may include tree-planting, training, information dissemination, and climate change adaptation initiatives.

P100 million ($2.28 million) will also be allocated from the country’s fiscal year budget in the General Appropriations Act (GAA) for the NYC to support such efforts.

The three HBs are currently pending in the Committee on National Defense.

Below are the full texts of the HBs:

What do you think of the proposed amendments? Is there anything you want to tell your representative about the bills? Join the conversation and send us a tweet @MovePH!

NYC is a partner of Project Agos, which is operated by Rappler’s civic engagement arm MovePH. Project Agos is an online collaborative platform that combines technology, journalism, social media, and crowdsourcing in helping build communities that are resilient to disasters and the impact of climate change.