Facebook Twitter Copy URL
Copied
Some key facilities in Metro Manila and surrounding provinces may be affected if a magnitude-7.2 earthquake strikes along the West Valley Fault. Know what they are.

The fault, which traverses various parts of Metro Manila and surrounding provinces, is expected to greatly affect the country since the region is not only highly populated, it also hosts the seat of government and the country’s business capital.

What critical facilities are near the fault line?

The Department of Public Works and Highways (DPWH) earlier said there are no public buildings along the 5-meter zone of active fault lines in the metro – a measurement recommended by Phivolcs.

Rappler scanned the West Valley Fault Atlas to check for schools, hospitals, military installations, prominent neighborhoods, and utilities that appear to be located within 500 meters to one kilometer from the fault.

Based on a scan of the Phivolcs atlas, the elevated U-turn slots along C-5, for example, seem to be practically on top of the West Valley Fault near Makati and Taguig.

This list is not exhaustive. We selected relevant sections of the Atlas which show the locations of the institutions concerned. 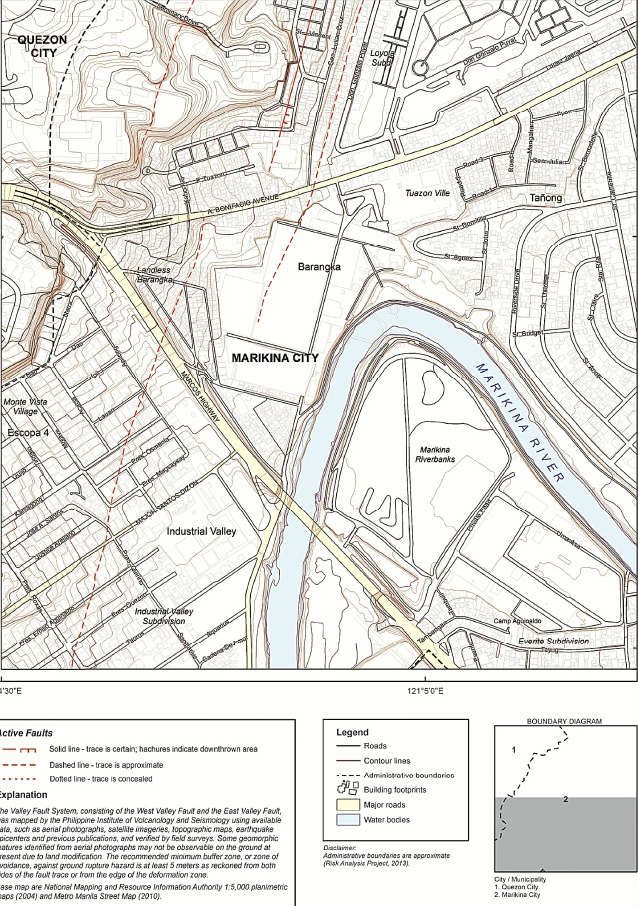 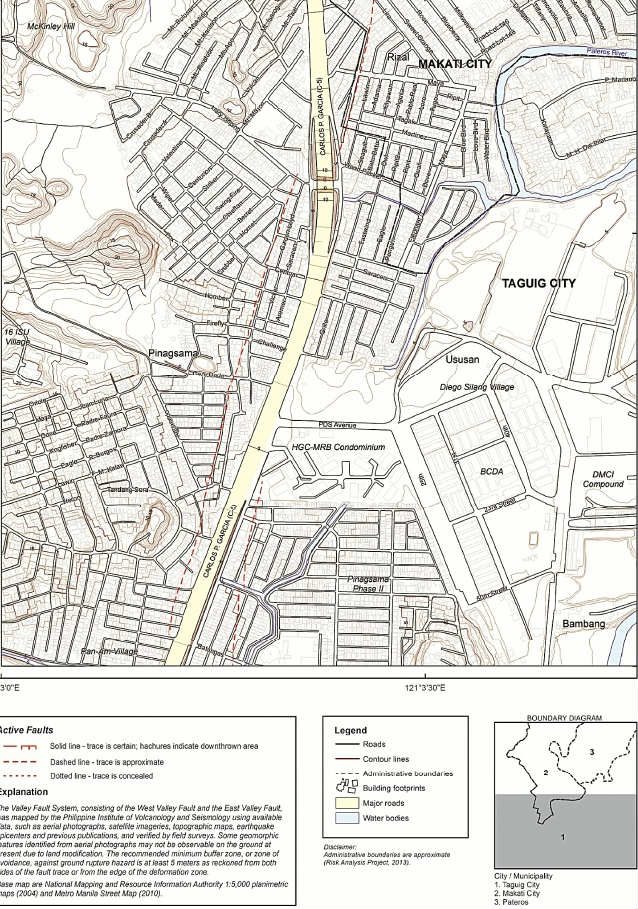 Preparing for the ‘Big One’

On ANC’s Headstart, Phivolcs Director Renato Solidum identified 6 schools which either have buildings transected by the West Valley Fault or are in the buffer zone.

Solidum said buildings in affected areas may be used as storage spaces but must not be used for classes or offices as that would be tantamount to “gambling” with the lives of students and teachers.

Earlier studies conducted by the Phivolcs indicate that, should a magnitude-7.2 earthquake strike along the West Valley Fault, the entire Metro Manila and surrounding provinces could be affected. (See simulation maps on this story: What dangers await when the West Valley Fault moves?)

To prepare for an earthquake, Phivolcs also advised residents and building administrators to make sure their structures strictly adhere to the building code and are retrofitted accordingly. Communities and families are also advised to prepare their respective evacuation and survival plans. – Rappler.com

Learn more about what you, your family, and your community can do to prepare:

A checklist to identify if your house is earthquake-resistant

* Phivolcs is a Project Agos partner. The project is supported by the Australian Government.