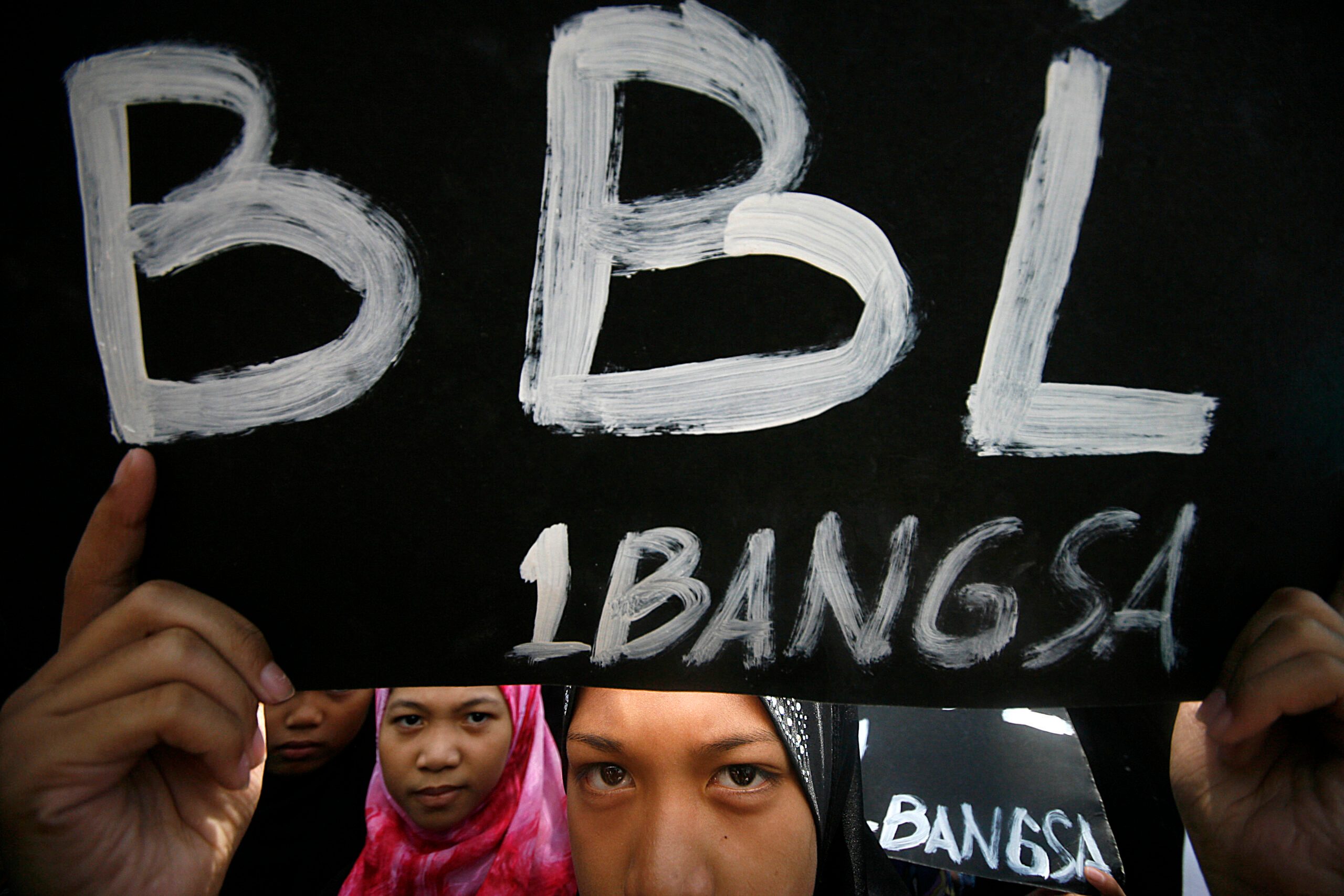 The rebel negotiator objected to the insertion of the term “strategic minerals” to describe exceptions to natural resources under the jurisdiction of the Bangsamoro.

“There is an entirely new provision taken from Republic Act 9054 which described practically all natural resources as strategic minerals – that is not in the CAB, FAB and the BBL,” Iqbal said.

The Bangsamoro Government shall have the authority, power, and right to the control and supervision over the exploration, utilization, development, and protection of the mines and minerals and other natural resources within the Bangsamoro Autonomous Region in accordance with the Constitution and the pertinent provisions of this Basic Law except for the strategic minerals such as uranium, petroleum, and other fossil fuels, mineral oils, and all sources of potential energy, provided that the Bangsamoro Government shall be consulted.

The first paragraph of the original version reads:

Section 8. Natural Resources, Nature Reserves and Protected Areas. – The Bangsamoro Government shall have the authority, power, and right to explore, develop and utilize the natural resources, including surface and sub-surface rights, inland waters, coastal waters, and renewable and non-renewable resources in the Bangsamoro.

The use of the word “strategic” to describe mineral resources in the Bangsamoro was a contentious issue when the peace deal was just being negotiated.

While the existing law that created the Autonomous Region in Muslim Mindanao outlines the ratios on how much income derived from mineral resources would go to the regional government, using the words “strategic” or “non-strategic” caused uncertainties on which kinds of minerals can be considered under the region’s control. Negotiations over how wealth would be shared between the Bangsamoro government and the national government were so difficult that these stalled the peace process for 5 months and almost caused a breakdown in the talks.

But the House committee’s decision to put back the more general term in the amended BBL means that “the Bangsamoro did not get anything at all” since most kinds of valuable natural resources could be declared as “strategic,” Iqbal said.

“There is no fiscal autonomy unless we have a definite share in the resources,” he added.

In an interview with reporters after the passage of the BBL in the committee, Cagayan de Oro Representative Rufus Rodriguez said the committee introduced changes to provisions on natural resources to ensure the constitutionality of the bill. Rodriguez invoked the regalian doctrine or the principle that the state owns all lands and waters of the public domain.

The committee voted to recognize the validity of the IPRA, a law that recognizes ancestral domains and implements the issuance of native titles. A number of IP groups lobbied hard for the recognition of the law in the BBL. (WATCH: Are the Lumad victims in war and peace?)

Lawmakers also voted to move the responsibility for the protection of the rights of indigenous peoples or Lumad from the exclusive powers of the Bangsamoro to concurrent or shared powers between the Bangsamoro and the national government.

Archie Buaya, acting secretary-general of the Organization of Teduray Lambangian Conference, told Rappler Thursday that invoking IPRA in the proposed law divides the Lumads from the Bangsamoros instead of unites them.

Buaya said it also deprives IPs from getting an equitable share from revenues generated from the exploration, development and utilization of natural resources found within the terrritories as indicated in the BBL – a feature not found in IPRA.

Other IP groups, however, said that the original version of the BBL violates the IPRA, a national law. (READ: BBL falls short on UN indigenous peoples’ rights)

Iqbal is hoping that the House would restore the provision creating a position for the Wali or the titular head of the Bangsamoro Parliament when the bill goes to plenary.

He said that this feature is not unique as all models of parliaments in the world have a ceremonial head. Rodriguez said the position was deleted because it characterizes the attributes of an unconstitutional sub-state.

Iqbal also singled out the amendment stating that properties of the Autonomous Region in Muslim Mindanao that are located outside Bangsamoro areas will be given back to the government once the Bangsamoro is established. Under the original version, the properties will stay with the autonomous regional government.

Chief Justice Hilario Davide, a member of Peace Council that reviewed the draft earlier said “the Bangsamoro special bodies were created with the goal of supplementing, not supplanting, the work of their national counterparts.”

On security provisions, Iqbal said he has yet to take a close look at the Bangsamoro Police, but his initial review indicate it is acceptable.

At the Senate, Senator Ferdinand Marcos Jr raised doubts that the Senate would meet the target deadline to pass the law before session adjourns on June 11. – Rappler.com