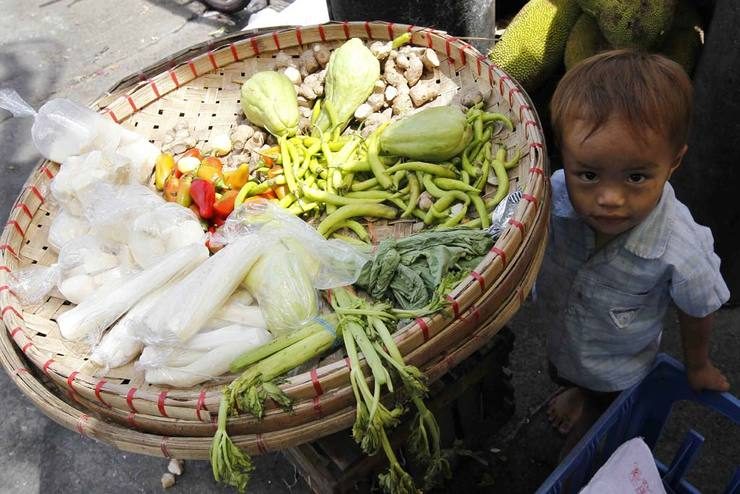 MANILA, Philippines – The Philippines ranks 72nd out of 109 countries when it comes to food security, according to the 2015 Global Food Security Index (GFSI).

Food security is “when all people, at all times, have physical and economic access to sufficient, safe, and nutritious food that meets their dietary needs and food preferences for an active and healthy life.”

When not ultimately given priority, it can lead to hunger and malnutrition. (READ: How food insecurity threatens us)

But the Philippines is not passive, according to the index, which rated the country’s condition and efforts related to food as a “moderate performance.”

This improvement over the said period is a sign of “better times” compared to the period 2005 to 2012 when the Philippines had the highest prevalence of food insecurity among “Asia’s tiger cub economies,” according to data from the Food and Agricultural Organization (FAO).

Latest data from the National Nutrition Council (NNC) meanwhile show that 36% of all Filipino adults claim to be food insecure.

The Philippine government expressed the need for “drastic measures” to address the problems related to food insecurity – both in production and accessibility. (READ: ‘Drastic measures’ needed to address food security)

Started in 2012, the GFSI aims to identify and assess which are the most and least food insecure countries in the world. The assessment takes into consideration the primary issues of affordability, availability, and quality of food through employed indicators under each issue.

The Philippines, for its part, scored as follows:

Affordability refers to capacity of the population to purchase food. It also measures the vulnerability to price shocks and the various programs and policies that can support what the government can give to people.

The indicators include household food budget allocation, gross domestic product per capita, and presence of food safety net programs, among others.

Meanwhile, availability depends on the sufficiency of the national food supply, the risk of supply disruption, and the national capacity to disseminate food. It also highlights the various research efforts conducted to expand agricultural output in the country.

Among the factors assessed under this are supply sufficiency, public expenditure on agricultural research, and food loss.

Quality and safety – vital to whole wellbeing of consumers – are also measured through indicators such as diet diversification, nutritional standards, micronutrient availability, and food safety.

Diet diversification and nutritional standards are promoted in the Philippines through the Pinggang Pinoy daily food guide of the Food and Nutrition Research Institute (FNRI) for Filipinos adults. (READ: What a Pinggang Pinoy should look like)

The GFSI identified the strengths and weaknesses of the Philippines when it comes to food security.

Among the strengths identified were:

These indicators were scored more than 75 points in the assessment and should be continuously maintained to further achieve better food security in the country.

These factors scored lower than 25 points. If not properly addressed, these may lead to more problems in the future.

The rest of the world ‘doing better’

The GFSI found out that the past year has seen most of the countries “doing better” in terms of food security. Almost two-thirds of the 109 countries were able to improve the state of food accessibility and availability among their citizens.

Behind the improvement were the sustained expansion of respective economies in most regions and rapid growth in developing countries combined with lower global food prices.

Also crucial were the various investments by different governments in agricultural research and infrastructure. This, according to the GFSI, may have been triggered by the wake of food price shocks in 2007 to 2008.

The world now has to keep the momentum to achieve full sustainable food security by 2020. – Rappler.com