Why PH Gov’t should include youth in disaster councils Hit by an average of 20 typhoons every year, the Philippines has become a huge, archipelagic dartboard of natural disasters.

Considered as one of the most disaster-prone countries in the world, the country’s poor economic conditions have also made it one of the most vulnerable nations to the threatening impact of climate change.

According to the UN Economic and Social Commission for Asian and the Pacific (ESCAP), the disaster-induced deaths in the Asia Pacific region rose more than three-fold in the past decade, mainly because of extreme disasters. In the Philippines alone, Typhoon Yolanda (international name: Haiyan) left the country with 6,193 people dead, 28,689 injured, and 1,061 missing. These statistics are based on the reports of the National Disaster Risk Reduction and Management Council (NDRRMC) in 2013.

The importance of disaster preparedness can no longer be underestimated, and the active involvement of the youth sector is badly needed. In response, Senator Paolo Benigno “Bam” Aquino IV authored Senate Bill No. 2702, seeking to promote youth participation in disaster risk reduction and management, hence the bill’s title.

“In trying times, the youth sector serves as a beacon of hope and catalyst of action,” said Aquino in his explanatory note. “The measure seeks to have the National Youth Commission (NYC) chairman be included in the National Disaster Risk Reduction and Management Council (NDRRMC) to voice out the concerns and proposals of the Filipino youth on disaster prevention, promotion, education, rescue, and rehabilitation, among others,” the 38-year-old lawmaker added. (READ: Senate Bill No. 2702: Youth Participation in Disaster Risk Reduction and Management Act)

“The youth should be an integral part of the DRRMC as we send an urgent message to Congress to maximize the remaining session days to fasttrack the passage of the bill that is important as other measures,” Dantes said in a statement. As of this writing, the measure remains pending at the committee level. 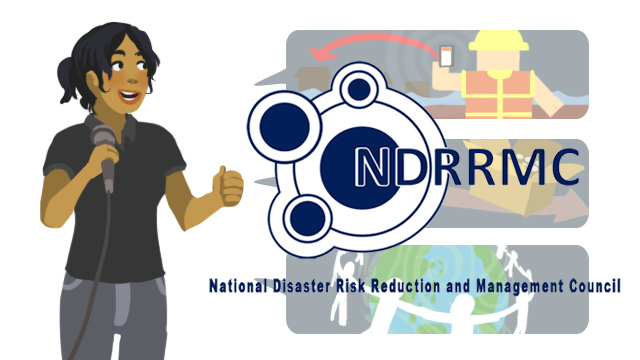 It is high time for the Philippine government to institutionalize youth participation in NDRRMC on both the local and national levels. One of the most proactive disaster risk reduction measures is to empower youth by giving them a fair share of the responsibility in making their community more prepared and resilient in the light of disasters.

Engaging youth in social media through digital activism can be a good starting point. The vast reach of the Internet can be a powerful technology-based platform for disaster response and an equally potent tool to initiate social change.

Through the collaboration of Rappler, Move.PH, and the NYC, youth leaders coming from the Greater Metro Manila Area (GMMA) gathered in Marikina in April this year to attend the Project Agos Youth Camp. The main objective of the program is to create youth volunteer hubs in vulnerable areas in GMMA. Representatives from the national government, NGOs, and local disaster councils took part in the dialogue, aiming to achieve the ultimate goal of “Zero Casualty.”

First launched in October 2014, Project Agos fosters a bottom-up approach that encourages young people to proactively take part in the national government’s efforts to help communities prepare for disasters and adapt to the impact of the world’s changing climate patterns. Furthermore, it combines technology, journalism, social media, and crowdsourcing in making more resilient communities. Only recently, it has been chosen as one of the finalists for the Asia-Pacific Tambuli Awards in the advocacy category.

Youth leaders from various organizations should marshal support from their members to pressure legislators toexpedite the passage of the measure. The young people are among the most disaster-vulnerable groups, so they should be trained and be given the right information about disaster preparedness.

The traditional approach to disasters obviously doesn’t work. The youth’s dynamism and courage to explore the unknown can definitely be tapped to give way to fresh and unique ideas about dealing with the nation’s most pressing challenges. We have to change the way we see disasters – that is, they should not be seen as a mere result of natural or manmade hazards, but rather as a function of the overall preparedness of the people in times of calamities.

Constituting about one-third of the country’s total population, the youth demonstrate a strong sense of social responsibility and environmental awareness – altogether a powerful force in uniting communities to better respond to the impact of climate change.

We appear to have reached a point when young people are no longer afraid to speak up and let their voices be heard. We do not want a government that keeps on telling us what to do or how to do it; we want to be relevant by fully participating in the development process. Indeed, the integration of the Filipino youth in national disaster risk reduction and management is the idea whose time has come. – Rappler.com

Engr. Roy Joseph R. Roberto, 24, is a Project Agos Youth Volunteer. He is also a Founder Member of Intercultural Global Solutions, a nongovernmental organization headquartered in Queensland, Australia, aiming to fight global inequality through transformational leadership and cross-cultural education. He also went to Japan and Cambodia to attend youth exchange programs about the environment.