Jun 5, 2015 1:54 PM PHT
Marlly Bondoc
Facebook Twitter Copy URL
Copied
A new cohort of Teach for the Philippines teacher fellows commit to the vision that by 2050, all Filipino children will have access to education 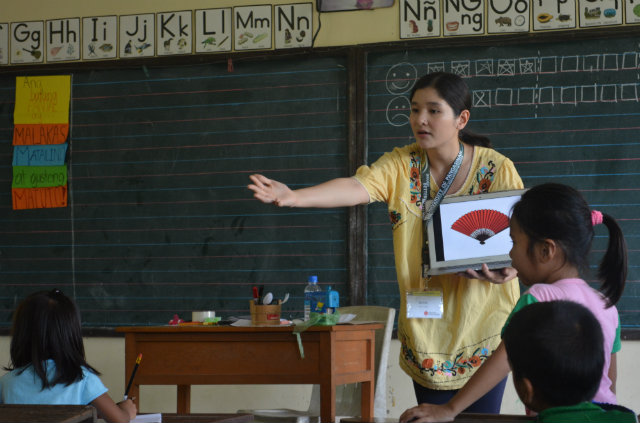 MANILA, Philippines – As a new academic year begins for some 21 million public school students nationwide, a new cohort of Teach for the Philippines (TFP) teacher fellows are deployed across 8 local government units.

These teacher fellows have decided to dedicate 2 years of their life to create social impact. Aside from teaching, they engage communities and transform the lives of countless students.

They are not volunteers, they are employed just like any other public school teacher. However, they are put through a rigorous selection process. Their assessment include not only their academic achievement but also their leadership abilities, commitment, resilience, and sense of civic responsibility.

TFP is a for-purpose, non-stock, and non-profit organization aiming to improve the quality of teaching in the Philippines. It is working in partnership with the Department of Education (DepEd) and various local government units (LGUs) to “provide all Filipino children with an inclusive, relevant, and excellent education.”

Gab Kintanar a 2015 Teacher fellow who graduated from the University of Santo Tomas with a degree in Psychology chose to take part in working to end educational inequity. “Teaching will prepare me in leading the change I want to see in my country because the classroom represents the diversity of Filipinos,” Kintanar said.

For Nikki Santos, a 2015 teacher fellow who is now teaching in Bagong Pag-asa Elementary School in Quezon City, teaching is a way to serve the people.

“I want to teach young kids not just so they can become who they want to be, but also so they can give back to our country in whatever means and potentials they have as a human being,” she said. 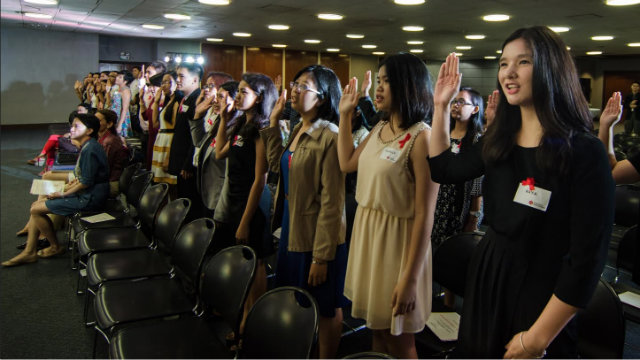 It is a cruel reality how deprived of opportunities public schools are. Aside from the usual predicaments — congestion, lack of classrooms, equipment, and teachers — the quality of public school education is insufficient and uncompetitive.

Dropout rates in the elementary level have been increasing, according to statistics released by DepEd in October 2013.

These children who drop out of school are losing their potential. The lack of personal interest is the most cited reason for dropouts, according to a study conducted by UNICEF and the Philippine Institute for Development Studies.

This is the gap TFP is trying to bridge. The organization recruits young leaders. Candidates undergo a 2-month intensive training at a Summer Institute and once teacher fellows acquire their education units, they are employed full-time in public schools.

Risa Hontiveros-Baraquel, a former house representative, activist, and journalist reminded the 2015 fellows, “As teacher fellows transform their classrooms into spaces where public school children recuperate a sense of possibility in their lives, you yourselves are transformed into responsible leaders.”

Started with about 20 staff, TFP is now close to 100 teacher fellows and 49 alumni. Over 50% of the previous batch decided to continue working in education. Some of them also decided to join TFP.

TFP, as a partner of DepEd, supports the idea of giving the Filipino youth equal access to 12 years of free basic education, emphasizing that the K-12 prgoram “will equip our citizens with the tools necessary to either enter university or begin vocational training.”

“If private schools have been attaining 12 years of basic education for a long time, as well as full school days, why is that not good enough for our public schools?” Clarissa Delgado, Chief Executive Officer and co-founder of TFP, said.

“Why not give them the opportunity for the same education?”

As lifelong advocates for education, teacher fellows share the same goals and values. They commit to the vision that by 2050, all Filipino children will have access to an excellent and relevant education. — Rappler.com

Marlly Bondoc is a student at De La Salle University-Manila and a Rappler intern.

Editor’s note: We erroneously reported a decrease in the dropout rate. We apologize for the error and have made the necessary corrections.