Starting with me: Attending my sister’s wedding

Jun 7, 2015 9:00 AM PHT
Aya Sison Banaag
Facebook Twitter Copy URL
Copied
'My being 'normal' may be the norm but it did not give me the right to put non-typical relationships down' Days before my sister Shakira Sison and her new wife Roz – yes, they are lesbians who married in the US – held their reception dinner in Makati, I took my 12-year-old daughter Gabby aside and asked, “Do you know how lucky you are to be part of this occasion? How many of your friends will ever be part of a same-sex wedding reception?”

She looked blankly at me and replied, “None.”

“How do you feel about it? Will you tell your friends?” I continued. “No,” she said, “they will think it’s weird.”

Being the straight-forward mother that I am, I blurted out, maybe too quickly, “They may think it’s weird now, but I bet some of them will end up gay or lesbian anyway.” I smiled and so did Gabby. 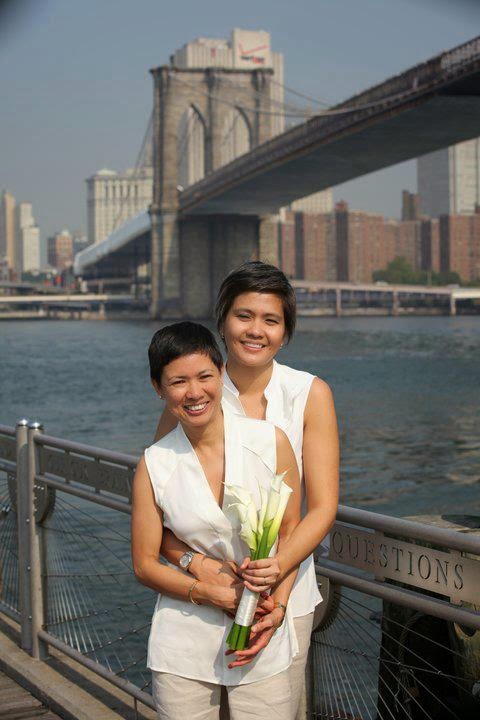 Minutes later, in my solitude, I replayed the conversation. I realized at that point – I’ve come a long way from 1998, when my then 7-year-old son Paolo asked me what a lesbian was.

Uncomfortable and unprepared, I blurted out, “weirdo,” then changed the subject abruptly. I was not prepared as a 27-year-old mother to answer questions about sexuality, gender and social norms. So I decided to shove it under the rug and hoped that my son would never question again.

Indeed, Paolo never questioned again. Instead, he grew up to be a greater man than I expected. He accepted. After we moved to the US when he was 11 years old, he was exposed to a society of (well, on the surface at least) equality – of genders, races, people. Sexuality was not a forbidden topic in schools and homes.

Gays and lesbians were not seen (at least in our community) differently from anyone else. They were just people – measured by their abilities and not by the way they looked, behaved or thought.

So when Shakira and Roz married in 2012 and asked 21-year-old Paolo, who was visiting them in New York at that time, to serve as a witness to their wedding, I was proud. I realized that I raised my son so well he did not snicker at the thought, or tell me about it jokingly. He was to attend the wedding of his ninang (godmother) and his tita (aunt). That was it. No questions. No smile. It was simply the wedding of two people he loved and it didn’t matter if they were both women.

I thought, then, how different he would have turned out if he grew up in the Philippines. I would have done my best for him to not grow up macho like most Filipino men, but I’m sure that, had he been influenced by this country and the way it views gays and lesbians, he would have at least smiled amusingly at the thought of his ninang marrying another woman. He would have probably accepted subconsciously, even without my reiterating it, that lesbians were “weirdos.”

I realized last week that, as I sat through my sister’s wedding anniversary reception in Makati, I was once guilty of that feeling too. I admit it now: when my sister married in 2012 and she posted a slideshow of their wedding photos on Facebook, I told my husband, “It’s nice but it seems ‘forced.'”

I just didn’t feel it – the romance that I often felt during straight weddings. Maybe I believed that because they were of the same sex, Shakira’s wedding to Roz was slightly inferior to my wedding or my older sister’s. It just wasn’t the same. It didn’t feel equal.

During the reception, I was shaking and close to tears when I watched the same wedding slideshow that I saw a year ago. I had just spent a week with my baby sister and her new wife. I saw how they were together; how they loved and took care of each other. When Roz got sick the day before the party from food poisoning, I saw how Shakira worried and doted on her.

On the way back from a trip to Tagaytay, where they did not sit with each other in the car, Roz looked back to our row where my sister was seated and said, “I miss you” as she reached out to hold my sister’s hand. All those sweet, caring moments caught my eye and I knew. It was not forced. It was not inferior. In fact, it felt greater than many relationships I had witnessed, even some of my own. And I felt it – all the romance and all the love.

When my straight women friends asked me about my sister’s reception, I was surprised at myself. I said, “The reception was so nice. They were so sweet. You know what, after a while you even forget that they are both women. You just feel how much they love each other.”

I added, “Of course it’s even better that Roz is a girl. We get to laugh with her about funny girl stuff like ‘flower arranging’ and ‘vaginal tightening.’ She enlightens us younger ones about hot flashes and pre-menopause. It’s great! My sister is happy and in love and I have a new sister.”

It is not inferior at all. 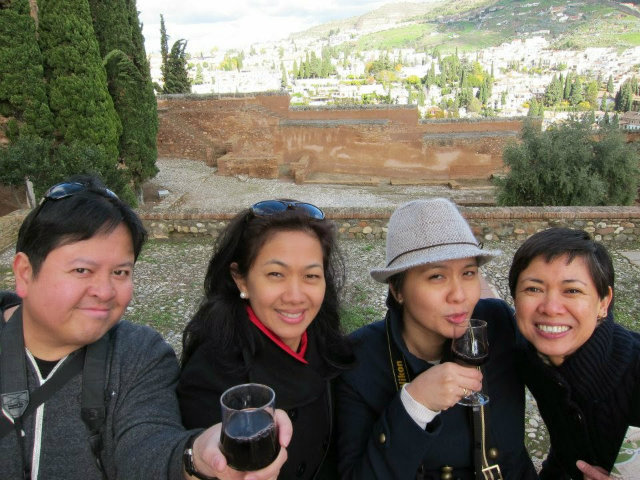 As I confess all this now – to my sister and my new sister-in-law, to my new gay and lesbian friends, and the world – I realize that I had not only grown so much as a mother.

I had also been so emotionally and mentally awakened by this celebration in our family. I used to pride myself in being the “normal” child of my parents – the one who lived life the right way (marriage and children).

My older sister does not want children, my younger brother refuses to marry, and my baby sister is a lesbian. But the week I shared with Shakira and Roz has shown me that there was nothing much for me to be proud of – I was prejudiced and used sexuality to make myself feel superior to others.

My being “normal” may be the norm but it did not give me the right to put non-typical relationships down.

So thank you, sisters, for not being “normal” and for pushing me to think beyond my shallow limits. Your relationship has inspired me more than any other I’ve come across.

This piece was written in 2013 after Shakira Sison’s wedding reception. It was originally published in the author’s blog.

Aya Sison Banaag is a married mother of 4, including a son born in the autism spectrum. She blogs about motherhood and special needs education at Journey on the Spectrum and about her realizations as an older and wiser woman in Smarter In My 40s.