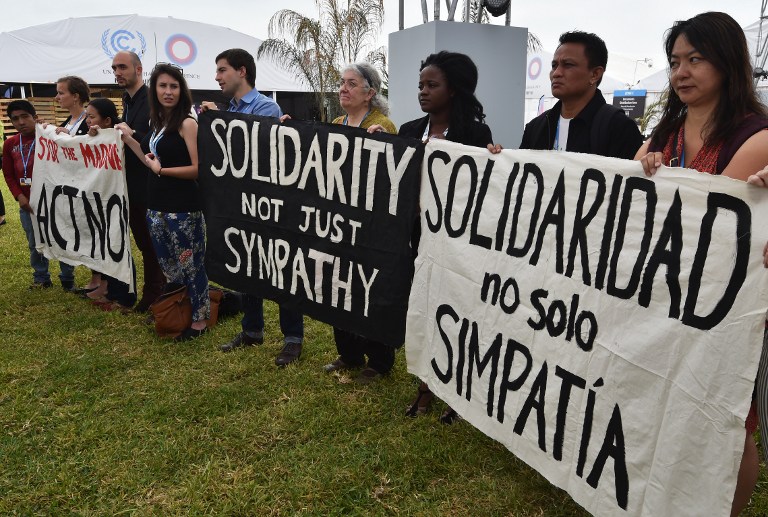 Through a spoken word video, Chris Wright, a member of the Global Call for Climate Action, delivered his apology for vulnerable countries like the Philippines.

“So this is an apology from an Australian, for the small part I played as Haiyan raged against your shores – But I can’t watch storms anymore,” said Wright.

Australia was highly criticised last week during the presentation of its INDC after countries considered as its major trading partners questioned the adequacy and fairness of the country’s unconditional target to cut emissions by 5% relative to 2000 levels in 5 years.

Under the UN Framework Convention on Climate Change (UNFCCC), parties are compelled to present INDCs which serve as their committed action plans for climate change before the historic Paris climate talks this year. – Rappler.com