A letter to the youth of Tawi-Tawi Facebook Twitter Copy URL
Copied
'Be brave, my fellow youth in Tawi-Tawi, and never underestimate the things our young minds and hearts can accomplish! Change, even the most radical ones, started when a few people decided to make a stand'

On Monday, June 8, MovePH conducted a social media workshop for the youth of Tawi-Tawi. Around 1,500 student leaders, activists, and young teachers participated in the event. This is the author’s reflection on the event.

To the brave youth of Tawi-Tawi, my brothers and sisters,

When I learned that we will be conducting a workshop in your province, I honestly didn’t know what to expect. Like many of us here in Manila, I had negative notions about Tawi-Tawi. I thought it wasn’t safe and that going there would be a big risk, especially for someone working in media.

But our friends from the Marines told us otherwise. They said it was a paradise, untouched by development and refined by hundred years of tradition. They said the youth there – you – are amazing and that we will not regret going there. (READ: IN PHOTOS: 5 places to see in breathtaking Tawi-Tawi)

And so we did.

While going around the province, we were amazed not only by the natural beauty that we beheld but also by how friendly and hospitable the people were. Everyone – from the fisherfolks of Buan to the Imams in Panglima Sugala – welcomed us with smiles, eager to tell their stories.

As much as Tawi-Tawi is rich in natural wonder, it is rich with so many stories. Stories that have been pushed aside by decades-long conflicts in nearby islands, by the negative stigma against Mindanao that always follow. You are really privileged to live in such paradise.

The workshop came and we realized what the Marines were talking about. You were so brave in expressing your concerns and issues, even in the face of your local officials. You did not use flowery words to flatter people. In a very straightforward yet polite way, you made sure your concerns were heard.

If placed in a similar context, most youth in other parts of the Philippines would cower behind their comfortable lives and hide behind the anonymity of their social media accounts.

But you were different. You wanted change and you showed it so strongly and eloquently. You were not afraid to challenge the norms and ask the right questions. You see beyond the facade that some leaders put up.

But channel your anger to positive action. You spoke of creating clean up projects that would tap schools and communities, of making sure standard retail prices (SRP) are given to farmers, of making resolutions to make sure a fare matrix is posted in every tricycle. You said you wanted to pressure your local government officials and law enforcers to stop the spread of drugs.

Channel your anger into the problems you face and make the solutions you spoke of happen.

Be brave, my fellow youth in Tawi-Tawi, and never underestimate the things our young minds and hearts can accomplish! Change, even the most radical ones, started when a few people decided to make a stand.

I was born and raised in Manila yet most days, I loathe living in it. The pollution, bad transportation, and imperialistic government aside, I have come to hate Manila for the characteristics I see in some of its youth.

I don’t dare generalize but I have seen many young people in Metro Manila become desensitized of the problems our country face. Many youth here cling to their gadgets and their selfish ideas like its so important. They have lost sight of the power they hold and the future that is expected of them.

Metro Manila, in all its glory and power, should envy you. Though you may not have the material things and towering infrastructures we have here, you have the passion and commitment that many young people here have lost.

I admire you for your thirst for change and your hunger for knowledge. Social media is something some of us in Manila have taken for granted because of familiarity. We forget that everything we have is a privilege – a privilege that we need to use wisely and that you also deserve. 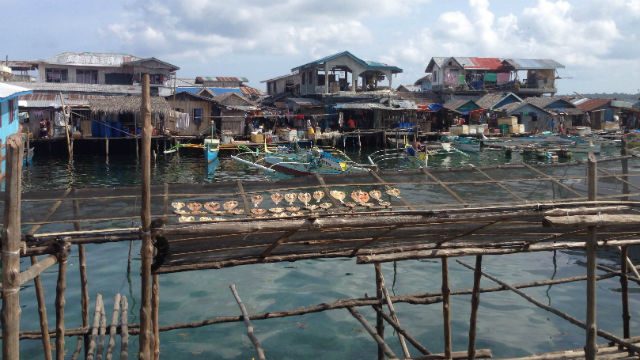 The workshop we did was proof that there is a bright future ahead for Tawi-Tawi. With your enthusiasm and willingness to work together, you can move your province forward. (READ: With or without BBL, Tawi-Tawi moves forward)

As I said during the workshop, social media will not change the world. YOU will change the world with your advocacies, your passions, and your enthusiasm. But social media is a powerful tool that has already helped many people solve relevant issues in society, starting in their communities. Use it responsibly and powerfully to your advantage.

Tawi-Tawi, I repeat, is rich in stories. You have a treasure chest there that you can open for all the world to see. It is now your responsibility to make sure the negative stigma and notions people have against your province will change. Use your stories to change their perspectives.

There is a bright flame burning in Tawi-Tawi, one that is in all your hearts. It will guide you to the right direction and action.

For a better Tawi-Tawi, for a better Philippines, I can’t wait to hear your success stories.