Concert rocks for an end to child labor in the Philippines

Jun 14, 2015 9:59 AM PHT
William Batchelor
Facebook Twitter Copy URL
Copied
There are 2.1 million child laborers in the Philippines. We must put a stop to this! 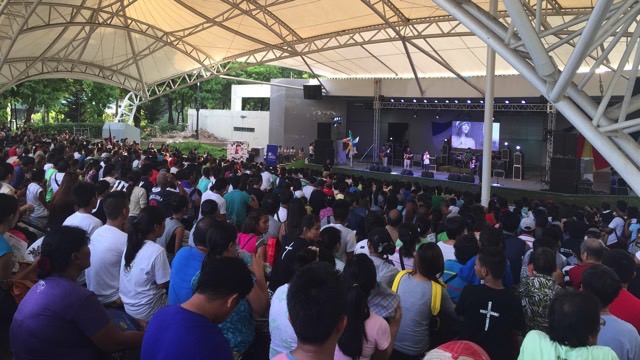 MANILA, Philippines – Local Filipino artist and bands took to the stage on Friday, June 12 at the Rizal Park Open Auditorium to help raise awareness against child labor in the Philippines. The event marked Independence Day in the Philippines but also joined the rest of the world for the World Day Against Child Labor.

The “Batang Malaya: Freedom from Child Labor” open concert  hoped to increase citizen awareness of child labor which remains a significant issue in the Philippines.

The concert featured a long list of local Filipino talent such as The Dawn, Noel Cabangon, Ebe Dancel, Dicta License, Brass Pas Pas Pas, Kain Honasan, Maya’s Anklet and Reklamo. The event also served as an educational platform to address the issues of child labor to a crowd of two thousand who filled the auditorium. The concert was organized by the International Labour Organization (ILO) in partnership with RockEd, the National Historical Commission of the Philippines and the National Child Labor Committee (NCLC).

Giovanni Soledad, an ILO project manager hopes the concert will help increase citizen awareness and put an end to the cruel practice of employing children.

“Children who leave work early and enter the labor market early end up as young people who are either unemployed or get low income wages, or are in jobs that are not of good quality. Down the line they become adults who are in vulnerable employment; and, because that happens, they will be forced to send their own children into child labor,” said Soledad.

Soledad added that another compounding problem is the lack of educational services for children. He said that the problem is extremely complex and widespread and that there is a level of tolerance because people do not recognize it.

The organizers believe, however, that more and more Filipinos will finally put their foot down and say “no” to child labor. – Rappler.com

William Batchelor is a Rappler intern.