Changing the stigma against Tawi-Tawi

Jun 18, 2015 7:05 PM PHT
Rappler.com
Facebook Twitter Copy URL
Copied
It’s a long and rough road ahead before Tawi-Tawi escapes the negative perception on the region and on Islam. But the people of Tawi-Tawi believe it is time for the province to open up to the world

TAWI-TAWI, Philippines – Tawi-Tawi has long been affected by the stigma most Filipinos have on the Autonomous Region in Muslim Mindanao.

But the provincial government and locals are trying to change Tawi-Tawi’s image. They want the province to become a tourist destination, with its untouched natural treasures and Islamic heritage being the greatest attractions. 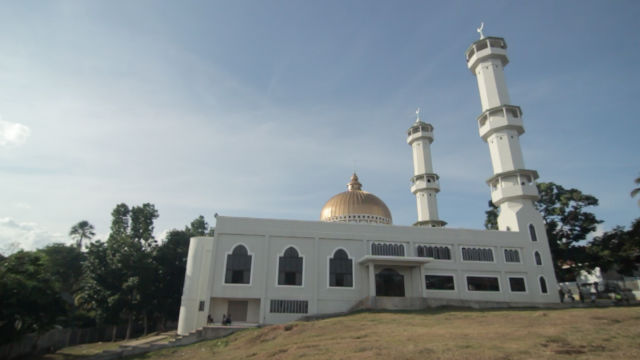 Blessed with stunning vistas and a unique culture, Tawi-Tawi should be attracting hordes of tourists.

But the predominantly Muslim province is part of the Autonomous Region in Muslim Mindanao or ARMM, a territory torn by decades long conflicts.

Despite being peaceful compared to neighboring provinces, Tawi-Tawi is affected by the stigma most Filipinos have of ARMM.

Imam or worship leader Jadjulie Julhussin says such notions are opposite of what’s happening on the ground.

(Tawi-Tawi is a very peaceful place. Some tourists say there are many kidnappers here. We don’t believe that. The people of Tawi-Tawi are peace loving. The only thing we do here is to send their kids to school and figure out ways on how to earn a decent livelihood.)

There are many Christians living in the province. Badjaos or sea gypsies, an ethnic group in Tawi-Tawi, also practice animistic worship.

But Julhussin says there are no conflicts between the different religions.

(Muslims, not just in Tawi-Tawi but also worldwide, are very well-mannered people. I’m talking about real Muslims not those people who are Muslims only in word. Like us, we pray 5 times a day and befriend those from different religions. Islam is a religion of peace.)

Islam is not just a way of life for most Filipinos in Tawi-Tawi. The religion is also their greatest heritage.

DAVID LOZADA, REPORTING: It is unknown to many that the very first mosque in the Philippines is found here in the island of Simunul in Tawi-Tawi. This is the Sheik Makhdum mosque, founded in 1380 by an Arabian missionary of the same name. Here in the cradle of Islam in the country, locals live a life of simplicity and peace.

The provincial government has been trying to promote Tawi-Tawi as a tourist destination in the past years.

Officials believe it will boost the local economy.

Representative Ruby Sahali of the lone district of Tawi-Tawi says the challenge is to strike a balance between more income for the province and sustainability.

RUBY SAHALI, REPRESENTATIVE: We want it to be the sustainable kind. We don’t want it to be so urbanized because what we are afraid of, if the influx of urbanization comes in, prostitution comes in and so many bad things. We want to preserve the culture of Tawi-Tawi, we wanted the Samah people to be really there. Kasi ang mga badjao namin and Samah, kapag may iba nang tao, umaalis po sila.

(The Badjaos and Samah people, when outsiders come in and live among them, they leave.)

It’s a long and rough road ahead before Tawi-Tawi escapes the negative perception on the region and on Islam.

But the people of Tawi-Tawi believe it is time for the province to open up to the world and ride the waves of change.

Because here, in the southern-most tip of the Philippines, thousands of smiles and stories are waiting to be discovered. David Lozada, Rappler, Tawi-Tawi.