The Supreme Court should compel government to address climate change 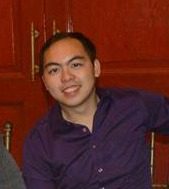 In the early 1990s, the Philippine Supreme Court in G.R. No. 101083 Oposa vs Factoran decided a landmark case protecting our environment from further destruction. Yes, the highest judicial body in the Philippines ruled in favor of those seeking that the Department of Environment and Natural Resources (DENR) stop issuing timber licensing agreements (TLA), which allowed companies to cut down the trees found in the rainforests for commercial use, and suspend or cancel already effective TLAs.

If the Supreme Court did not rule on their favor, the current generation of young Filipinos might not even have any rainforests to speak of today.

The decision was penned on 1993 and yet to this day the Philippines, as a whole, continue to turn a blind eye on the basic environmental concerns of air and water pollution, waste management and energy consumption among others. All of these affect directly the bigger issue of green house gas emissions contributing to climate change and its adverse effects. At that time, climate change wasn’t really the center of that debate but the positive impacts of this decision are still enjoyed today. A court in The Hague has ordered the Dutch government to cut its green house gas and carbon emissions by at least 25% by 2020. The court said that the Dutch Government’s current plan to reduce emissions by 14-17% by 2020 was less than the 25-40% international norm for industrialized nations. Thee judges ruled that the current government plans to cut emissions by only 14-17% were unlawful, given the scale of the threat posed by climate change. (READ: Dutch court orders state to slash greenhouse emissions)

This case is the first in which citizens held the state responsible for lack of action on climate change. Considering how European countries need to be at the forefront, this is a huge step forward for us climate action advocates.

This development is most welcome given the recent release of Pope Francis’ encyclical on environment titled ‘Laudato Si’. It is evident that civil society should apply more pressure on politicians and the other countries to forge a new deal on climate change at the Conference of Parties hosted by the United Nations at the end of this year. (Read: IN QUOTES: What Pope Francis says about climate change)

The Philippine government instituted the Climate Change Commission which has done what it could to breed a level of integration among government institutions to create projects, partnerships and initiatives to address climate change issues. Given the timeframe that the United Nations Framework Convention on Climate Change poses, we must be doing more nationally to present ourselves as a devoted advocate of minimizing green house gas emissions worldwide. (READ: Facing the dangers of a warmer world)

Take, for example, the issue of coal power plants as a significant contributor to the energy situation of the Philippines. In the most recent Senate Committee on Climate Change hearing, Sen. Loren Legarda called out the Department of Energy for releasing 21 environmental compliance certificates to construct new coal power plants in the Philippines in a span of two years. She asked what kind of framework we would be presenting to the international community when our national actions do not reflect a commitment for a genuine movement to reduce carbon emissions. (READ: Legarda questions PH use of coal for energy)

In terms of practical implementation using the earlier example, the action taken by the government should be divesting from coal power plants, increasing ways to make use of wind and solar energy to promote our commitment to renewable energy.

Going back to the Philippine Supreme Court, it was able to side with the environment advocates 20-25 years ago and unless there is some bigger issue at hand there is no reason for the Supreme Court to not uphold the same principles they once held. As former Chief Justice Hilario Davide, Jr. wrote, “The right to a balanced and healthful ecology carries with it the correlative duty to refrain from impairing the environment.”

The Supreme Court upheld a specific fundamental right in Section 16, Article II of the 1987 Constitution which explicitly provides:

“The State shall protect and advance the right of the people to a balanced and healthful ecology in accord with the rhythm and harmony of nature.”

The beauty of our governmental structure is that we have three branches to which we can go. The challenge now is not what cases to file against the DENR or DOE for example but how to again empower the Supreme Court to impose the rule of law – more specifically, the Philippine Constitution with regards to this fundamental right. If that is not sufficient cause, then this fundamental right that has once been upheld by our Supreme Court is considered lost. – Rappler.com