Maritime safety: Lessons from M/V Princess of the Stars tragedy 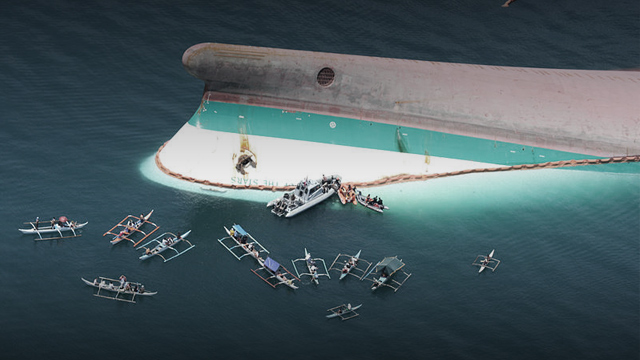 MANILA, Philippines – Months after the M/V Princess of the Stars capsized and left 800 individuals either dead or missing in June 2008, two more maritime tragedies occurred in the same year.

On November 4, 2008, the Don Dexter Kathleen, a small wooden-hulled ferry capsized near the central island of Masbate, leaving 42 dead.

The list of maritime disasters continues to grow as the timeline above this story shows.

The most recent addition in the roster of ill-fated vessels is M/V Kim Nirvana, the motor boat that capsized near Ormoc, Leyte, on Thursday, July 2, 2015.

The list below ranks maritime tragedies based on the number of confirmed deaths:

In an interview, Lieutenant Ronald Pancipane, a lawyer and member of the Board of Marine Inquiry, told Rappler that in terms of legislation, the mandates of the Philippine Coast Guard (PCG), MARINA and other maritime agencies seem to be “enough.”

The problem, Pancipane said, is in the implementation of the law and in the lack of proper coordination between agencies. (Read: Headed for disaster: the last voyage of the M/V Princess of the Stars)

Laws governing maritime industry safety at the time of the M/V Princess of the Stars tragedy were also not coherent.

He added that at the time the mishap happened, there was no coordinating body that dealt with all maritime laws and principles. “May mga bagay na hindi ma-aksyunan ng Coast Guard kasi sometimes hindi nila ma-address ‘yun kasi wala sa authority nila.” (There were problems that the Coast Guard could not act on because sometimes they were not within their authority.)

Biazon pointed out that back in 2008, the PCG had no authority to stop MV Princess of the Stars from leaving the port.

The Board of Marine Inquiry (BMI), on the other hand, was boxed within its mandate of technical investigation, according to Lt. Pancipane. They could not look into other possible faults by other agencies. It was also an ad hoc body at the time that only convened during investigations.

The situation changed when the Philippine Coast Guard Law of 2009 was enacted, a year after the M/V Princess of the Stars tragedy.

While the sinking of the ship was not the main driving force behind the enactment of the new law, it helped provide crucial momentum to get the measure through the legislative mill.

“It took 8 years before the Philippine Coast Guard Law was heard in Congress,” Biazon told Rappler. “It was too great a loss of lives for us not to be compelled to take action.”

In 2014, the Marine Casualty Investigation Unit, which is under the PCG, was created to replace the ad hoc BMI. Its office will be in Cavite.

The BMI will be dissolved once all pending work has been finished.

“We need to prosecute those who are responsible. That’s a compelling force for the Maritime Industry to shape up. Otherwise, they will be held accountable,” Biazon said.

But beyond that, he said that there is still a lot of work to be done. The government needs to improve maritime safety and disaster preparedness, he said.

Pancipane said that maritime courts should be put up to deal solely with maritime-related issues.

Biazon said that a bill on maritime courts has already been filed in Congress.

He also stressed the need to have a National Transportation Safety Board. “The concept is to make an independent body to do such inquiries, to determine liability and accountability. And to develop expertise.”

After all, he asked, “What if a disaster happens and it was PCG’s fault? Will they be investigating themselves?”

“Responsibility for the ship owners, accountability of those in the industry,” Biazon said when asked about the reforms he wants to see. “Of course, it’s the Congress that has the power to do it.”

The recent tragedy involving M/V Kim Nirvana, which occured 7 years after the M/V Princess of the Stars capsized, shows that safety issues continue to plague the country’s maritime industry and why the system has to be fixed soon. – Aika Rey/Rappler.com