How the Tawi-Tawi youth are fighting for the environment

Jul 3, 2015 9:17 AM PHT
Maria Theresa Chio Gonzales
Facebook Twitter Copy URL
Copied
'Standing alone, one can only do so much, but together we can make a difference. This holds true for the project implementation of Youth4Nature in Tawi-Tawi' I was born and raised on this tiny island of Bongao (pronounced Bung-gao) in the province of Tawi-Tawi, the southernmost part of the Philippines. I grew up in a community with no constant electricity and our only source of drinking water has always been the rain. It is the only gift of nature that has always been constant in our lives as a coastal community, apart from the sea.

“In 2010, the United Nations declared safe and clean drinking water a human right, essential to the full enjoyment of life and all other human rights.”

The United Nations has declared over the recent years that the Internet is a basic human right, but in this part of the world, electricity in most island municipalities is still a dream, and computers are luxuries not many can afford. As for potable drinking water, well, we still look up to the dark cloudy skies in hopes and prayers for rain.

It may be so ironic to say – yet very factual – that a “water world” community like Tawi-Tawi is “waterless.”

Tawi-Tawi, however, is very rich in natural resources. The province is one of the country’s top producers of agal-agal or seaweeds, a raw material for “carrageenan.” It is also one of the centers of marine biodiversity in the world and is currently one of the focus areas of the Coral Triangle intervention in Southeast Asia.

Like any other communities around the globe, Tawi-Tawi faces degradation of its natural resources by the rising market for live seafood products and byproducts – exotic seafoods that endanger the coral reefs, illegal fishing practices, inappropriate solid-waste management practices, threats of climate change, and lack of education and information of the people in these coastal communities brought about by poverty, thus putting our lifeblood at risk.

As a community development and environmental education advocate, I have reached the far-flung areas in Tawi-Tawi working for a non-governmental organization which was also key in helping me see opportunities outside my community. It was a privilege to be selected to represent the Philippines in the Community Solutions Program in 2012 as a professional exchange fellow to the United States, where I represented my beloved Tawi-Tawi.

The Community Solutions Program gave me the opportunity to extend my professional network with other like-minded professionals and even won their favorable regard such that my follow-on project called “Youth4Nature” became one of the finalists during the closing program.

I believe that information and education will aid us in reviewing how we see the world and my best bet is not to drastically change it but to change it eventually. The only thing that I had with me was the will and the heart to start something and a mindset to influence a positive attitude towards how we see the world.

This is the inspiration for the birth of Youth4Nature.

Standing alone, one can only do so much, but together we can make a difference.  This holds true for the project implementation of Youth4Nature (Y4N) in Tawi-Tawi. 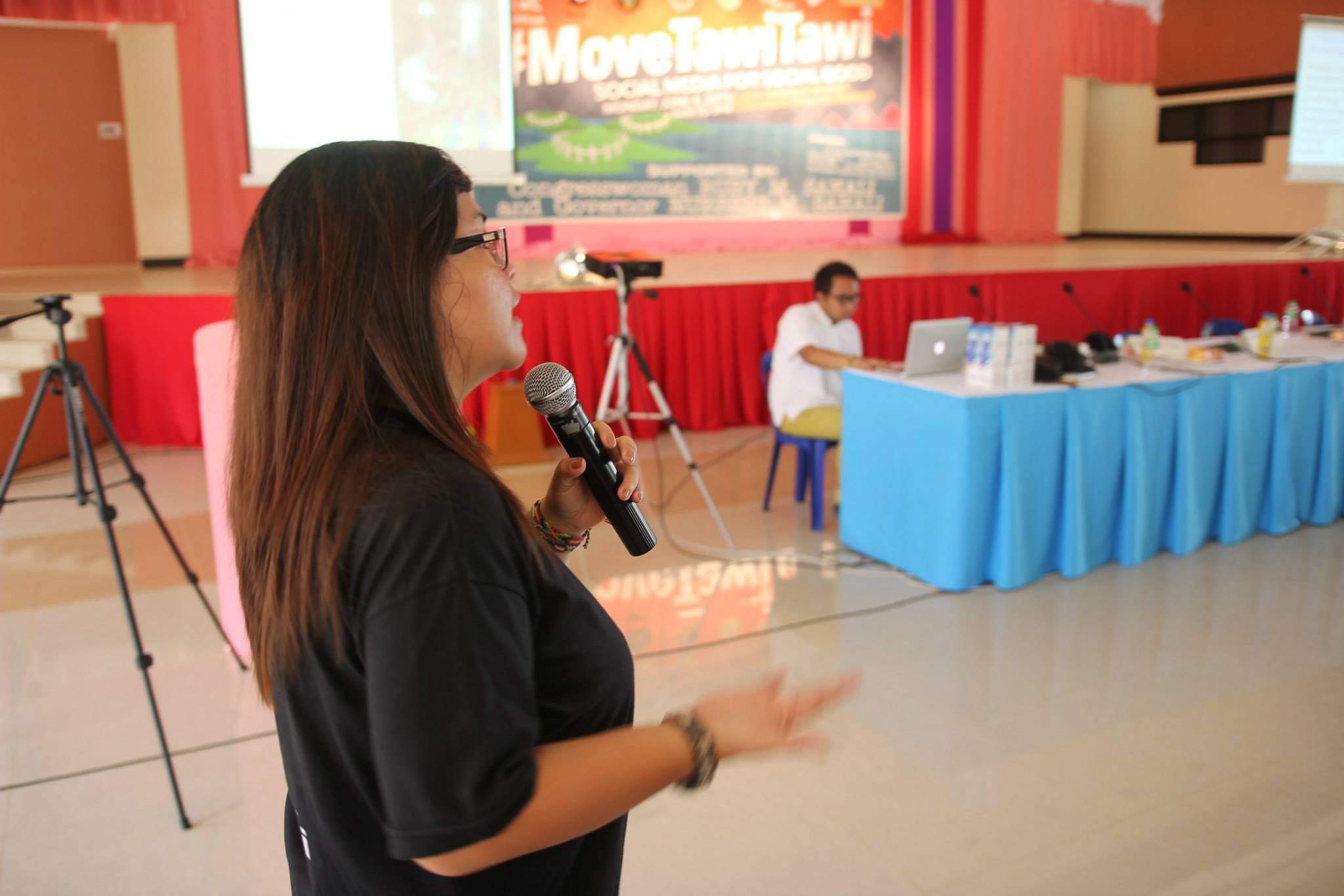 With ZERO budget and relying only on donations in kind and support from concerned movers who are also my personal friends and “kababata” in our community in Bongao, we have made this project a reality in the hopes that we inspire more young people to volunteer their time, skills, talents and efforts toward achieving one goal – to increase awareness on environmental conservation.

Now, after our successful trainings and workshops for the Tawi-Tawi core group of volunteers in 4 different high schools and 1 college, two of our core members were selected to participate in the Philippine Youth Leadership Program in 2013. We have also established partnerships with the local government unit of Bongao, other youth for environment networks (such as Project 700DALOY, SEA Camp, Kilusang Kabataan para sa Karagataan Tawi-Tawi, EcoWatch), and MoveTawiTawi. We regularly hold radio programs to conduct information and education campaigns on environmental conservation.

We also work on online projects for conservation with our African counterparts in Rwanda – the Rwanda Youth Alliance for Climate Action, another follow on project of a Rwandan colleague of mine.

Youth4Nature now has a strong member base of 1,700 volunteers, on and off they come and go, and our aim is to evolve. (READ: A letter to the youth of Tawi-Tawi)

Why do I do this? I have had many avenues for growth in our small community in Bongao, without which I would not be the person I am today, so I vow to pay it forward. It is in learning that we get to share, and in sharing where we learn.

Since returning home from the US, participating in the Community Solutions Program to implement my follow-on project, I have realized that when you come up with a community solution, you just have to act as if what you are doing makes a difference, because it does, no matter how small it is. – Rappler.com

Maria Theresa Chio Gonzales, of Ilocano-Chinese ethnicity, currently works as Political Affairs Officer III (Legislative Staff) of Tawi-Tawi Representative Ruby M. Sahali in the House of Representatives. Terri, as she is fondly called, is the Founding Organizer of Youth4Nature Tawi-Tawi, a youth group for the environment that she started in 2012 as her follow-on project for the Community Solutions Program. She dedicates this piece to Michael E. Guanieso, colleague, supporter, dearest friend.

The Community Solutions Program is a professional development program for the best and brightest global community leaders working in Transparency and Accountability, Tolerance and Conflict Resolution, Environmental Issues, and Women and Gender Issues.  CSP is a program of the Bureau of Educational and Cultural Affairs of the U.S. Department of State, and implemented by IREX.