Mindanao peace: Looking from afar in hope and admiration

Jul 14, 2015 11:00 AM PHT
Lord Jack Mcconnell
Facebook Twitter Copy URL
Copied
There are all kinds of tensions in the world, and if the Philippines can make the peace process work by creating a democratic, inclusive and genuinely autonomous region it will become a model for resolving conflict elsewhere 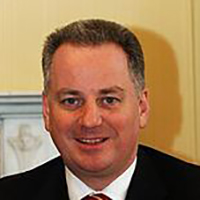 I have recently returned to the UK after my third visit to the Philippines in the last two years. During my previous two trips, I visited as a Parliamentary Volunteer (I am a member of the House of Lords, the UK equivalent of the Senate) with VSO Bahaginan and “Beyond 2015” – a coalition of Filipino campaign groups focussed on helping influence the development targets that should replace the Millennium Development Goals after 2015.

When I first arrived in February 2014, the country was still recovering from typhoon Yolanda. In Leyte, the people I met were focussed on trying to rebuild their lives after the destruction wrought by the storm. When I visited Tacloban, Tolosa, Sante Fe and Dulag one year later, there had been much progress. Schools and shops had reopened and the airport had been reroofed and was no longer a shell.  The people’s resilience, hospitality and permanent smiles that I encountered made a big contribution to the real fondness I feel for Filipinos and your beautiful country.

My first visit to the Philippines also coincided with a much more positive event. One month before I arrived, the final annex to the 2012 Framework Agreement was agreed and just after I left, the Comprehensive Agreement on the Bangsamoro was signed in a ceremony at the Malacanang Palace. The achievement was understandably lauded around the world.

After spending two years as the British Prime Minister’s Special Representative for Peace building, I understand just how difficult peace processes are. Having also played a key role in the design and implementation of devolved government in Scotland and served as First Minister there for six years, I was particularly interested in the form of autonomy envisioned for the Bangsamoro. During a meeting with the British Ambassador I made an offer to share my experience with the people who would be responsible for implementing the peace agreement.

Much of the hope and expectation for peace that I had experienced during my previous visit evaporated and the public discourse became very negative. I was shocked to read newspaper articles accusing the government peace negotiators of treason. The temptation to exploit the nation’s grief for electoral reasons would be very strong for some politicians and many were suggesting that the peace process could fall apart.

I recounted the story of a horrific bombing that took place in Northern Ireland just weeks after legislation had been submitted to the UK Parliament that would make our peace agreement, the 1998 Good Friday Agreement, a reality.  At least 29 innocent people (including 18 children and teenagers) were killed in that bombing and over 200 were seriously injured. There were calls for the government to back off from the peace agreement. But the legislation was passed and we’ve now enjoyed 17 years of peace in Northern Ireland. The economy there is booming and this year a whole generation of high school children will graduate having never experienced conflict.

I arrived for my most recent visit  in June to discover that, although the legislation was still pending in Congress, the peace process was still very much intact.  I was finally able to visit Cotabato and meet with regional government, the military, the MILF and other members of the Christian, Muslim and IP communities. I have visited many countries affected by conflict over the years, but I was truly struck by the level of commitment among the main stakeholders on the ground in Mindanao. Members of the 6th Infantry Division shared stories of how they had cooperated with the Bangsamoro Islamic Armed Forces through the joint ceasefire mechanisms, and their fears should the process falter and conflict return.  Among the communities I visited I experienced the same desire to rebuild and the same resilience, hospitality and permanent Filipino smiles that I had in Leyte a year before.

I was deeply impressed by the Regional Governor, Executive Secretary and other members of the existing Regional Government of the ARMM. They have achieved much in recent years.

In addition to their work to clean up voter lists, tackle ghost teachers and address other forms of corruption, government departments in the ARMM also recently received ISO 9001 Quality Management System certification. But during our long conversations it became clear to me why President Aquino had described the ARMM as a “failed experiment” and why the existing government is so supportive of the draft Bangsamoro Basic Law. ARMM officials explained how the ARMM’s existing arrangements do not include some of the fundamental elements that make devolution work. There is currently no intergovernmental relations mechanism, limited control over and flexibility over the budget, and insufficient institutional governance arrangements to check the performance of local government.

For devolution to work it requires the strong commitment of both national and devolved government. Unlike federalism, where sovereignty is shared between different regions, in a devolved arrangement sovereignty ultimately remains with national government.

This makes the trust that former armed groups place in national government so significant. Giving those with a very strong identity and a different history some autonomy to make decisions for the priorities in their area is not the same as challenging the sovereignty of the state.  But national government must work with devolved government to make it work.

In the UK, our intergovernmental relations mechanism played a vital role in helping establish the required relationships between national  ministries and their devolved equivalents.  17 years later,   day to day relationships work well and the intergovernmental relations mechanism is  rarely required.  In return for the trust that national government places in devolved government, checks and balances, including a robust audit process and budgetary controls must be put in place.  Ultimately, devolved government will be judged on its ability to provide basic improvements in health, employment and education opportunities for the population of the autonomous region. 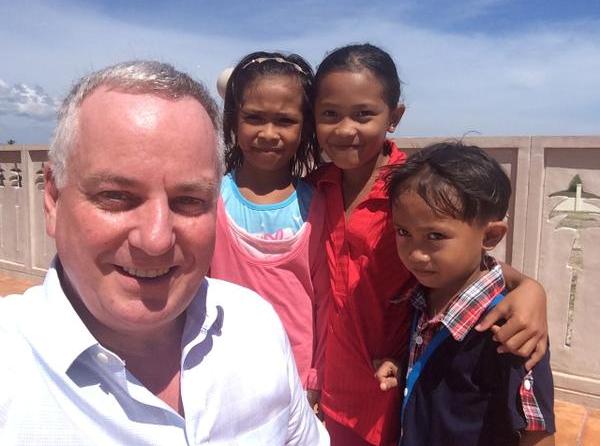 I believe that devolution has improved Scotland and improved the whole United Kingdom. Devolution has allowed laws to be crafted at the local level which, because they were made in Scotland by people accountable to Scots, have the full support of the Scottish people.

For example, Scotland was the first part of the UK to introduce a smoking ban in public places in 2006.  It has also made Scotland economically stronger, with higher employment, strong inward investment and a booming tourist industry. Given its proven track record of delivering for the people of Scotland, I believe that the Scottish government has shown that it’s capable of taking on more responsibilities and further devolved powers.

But I do not support full independence for Scotland as I believe it makes sense to govern our islands as one complete state. The majority of Scottish people agree with me. Conditions for Scottish independence had never been more favourable when the people of Scotland voted last year, but a majority still chose to remain part of the United Kingdom. I believe that if you take away legitimate grievances, a majority will choose to vote on the economy and important social policies rather than simply national identity.

Finally resolving the conflict in Mindanao represents a significant opportunity for the Philippines.  There are all kinds of tensions in the world, all kinds of conflicts, and if the Philippines can make the peace process work by creating a democratic, inclusive and genuinely autonomous region in conflict affected Mindanao it will become a model for resolving conflict elsewhere.

It is as good as any peace agreement I have seen and deserves the significant international recognition that it has received.  The conversations I have had with legislators give me faith that they understand what is at stake and the need for what emerges to give life to that agreement in the Bangsamoro Basic Law.

It is clear to me that the Philippines is a country that has huge untapped potential, but realising that potential will require the contribution of all parts of the country and all Filipinos, whether in Tacloban or Tawi-Tawi, Samar or Sultan Kudarat. – Rappler.com

Jack McConnell was First Minister of Scotland from 2001 to 2007 and the UK Prime Minister’s  Special Representative for Peacebuilding from 2008 to 2010.  He was introduced to membership of the House of Lords on 28 June 2010, as Lord McConnell of Glenscorrodale.