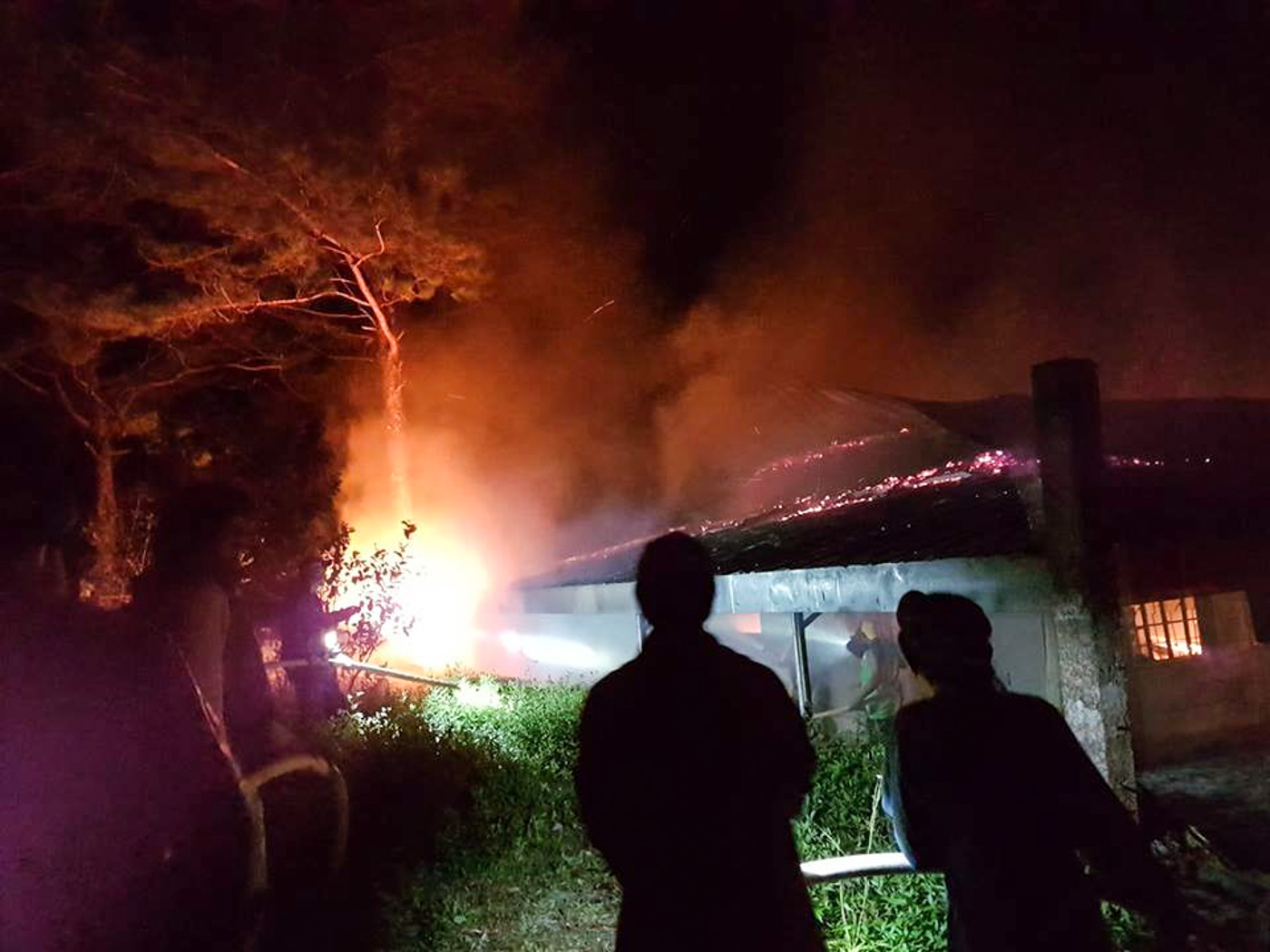 BAGUIO, Philippines – No sunrise viewing for now in the same spot where Angelica Panganiban and JM de Guzman did in the movie That Thing Called Tadhana.

The municipal government of Sagada issued this notice on Friday, November 9: “Due to the fire incident in Kiltepan last night, all tours to Kiltepan Peak are temporarily prohibited until further notice. Please visit the Tourist Information Office for other options for sunrise viewing.”

A huge fire Thursday night, November 8, hit the two buildings behind the spot where dozens of tourists station themselves to watch the Kiltepan sunrise. The two buildings owned by contractor Wilson Capuyan were unoccupied at that time except for a caretaker.

According to the Sagada police, they heard successive explosions toward the direction of Sitio Batalao, Antadao village, between 8:30 and 9 pm. The church bells at St Mary’s also rang.

The police immediately went to the area to verify what caused the explosion, only to find out that the two buildings were on fire.

The two structures – a residential cottage and a restaurant – were relatively far from each other.

According to one resident’s account, “Eleven unused explosives were found in the vicinity of one of the razed buildings and a heavy smell of gasoline at another unburned cottage.”

The Sagada police said they found a cup filled with gasoline at the cottage. Initial cost of damage from the fire was pegged at P5 million. – Rappler.com