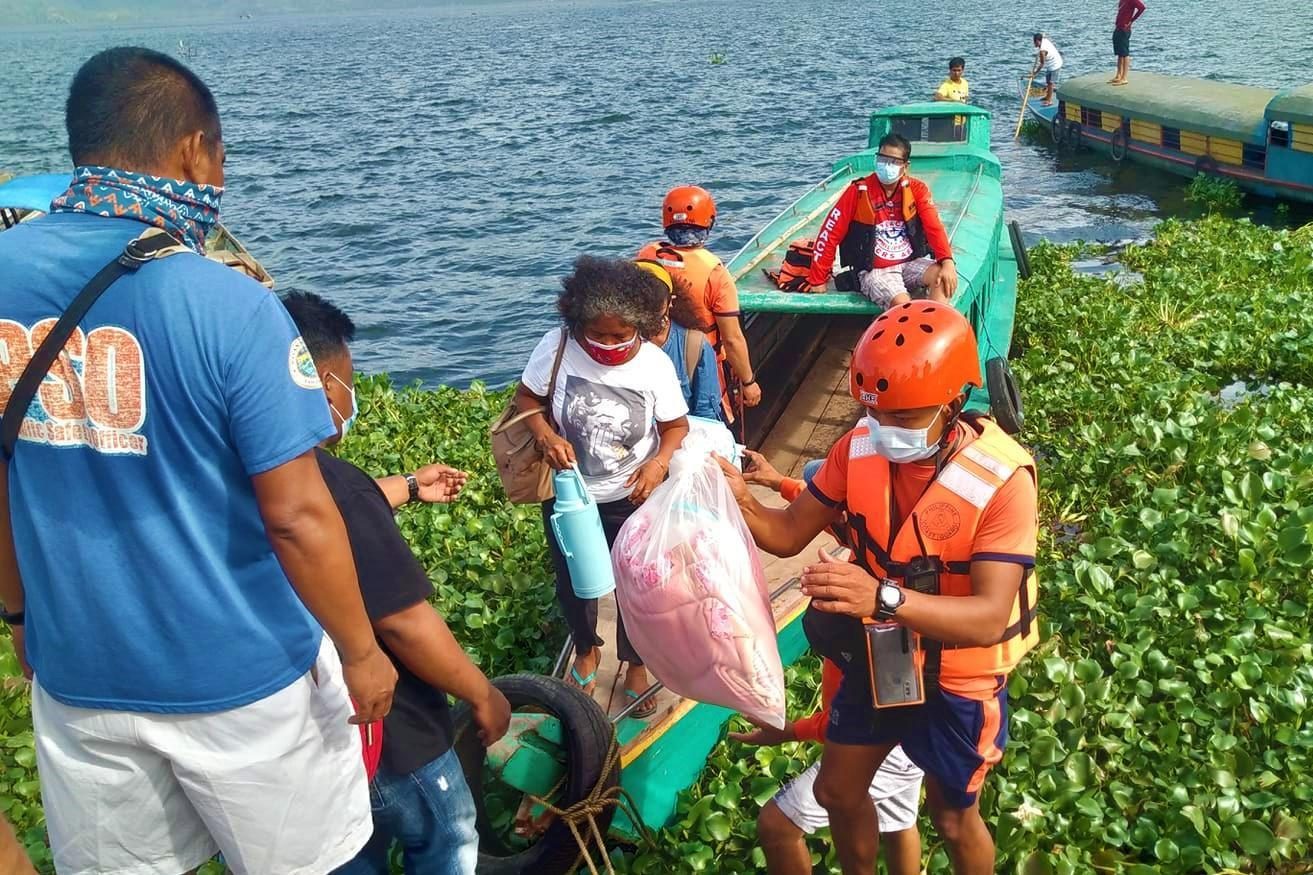 As the pandemic-hit country braces for the most powerful typhoon of the year so far, some local government units (LGUs) and agencies ramped up preparation for Typhoon Rolly (Gani).

As of 8 pm on Saturday,  October 31, Signal No. 4 was raised in Catanduanes province as well as the eastern portion of Camarines Sur.

Typhoon Rolly is expected to make landfall over Catanduanes, and would pass over mainland Camarines provinces on Sunday morning, November 1.

This weather disturbance comes a week after Typhoon Quinta (Molave) ravaged the same region alongside different areas in Mindoro Island.

More than 200,000 people have been told to seek shelter in the Bicol region with evacuations also expected in other areas.

Here are some photos on how communities prepare ahead of Typhoon Rolly’s landfall:

Provincial officials started to evacuate residents living in areas prone to storm surge, landslides, and floods in all towns.

To ensure that no debris would cause harm to residents at the height of the typhoon, the City also partnered with the Solid Waste Management Office, City Engineer’s office, and General Services Office, in cutting branches of trees that could topple during the typhoon.

The Municipality of Nabua and Iriga hosted the briefing of  the navy reservists from the 31st Naval Group Reserve-Bicol and Marine Rifle Company Reserve-Camarines Sur. Together with the Naval Reserve Center Southern Luzon, the group is set to form a disaster response and rescue team.

Meanwhile, the LGU of Sipocot distributed food packs to 2,500 families in 8 of its barangays. The LGU also implemented forced evacuation of families residing in high-risk areas.

As early as as early as Thursday, October 29, the LGU of Calabanga, one of the municipalities in Camarines Sur which is near a coast line, issued a memorandum, issuing a “No Sailing Policy” and forced evacuation to residents prone to storm surge and flooding.

At least 577 families were preemptively evacuated in Brgy San Roque and Brgy Pigcale in Legazpi, Albay by Ang Probinsyano Party-list.

Volunteers from Red Cross 143 assisted fishermen in Brgy. Moroborocan, Monreal in Ticao Island in securing their motorboats. They also warned residents in the coastal areas of the possible effects of the typhoon.

Aside from local government unit, the Diocesan Shrine of our Lady of the Pillar made preparations to accommodate evacuees in Pilar, Sorsogon.

To prepare for the rescue operations, the PCG organized deployable response teams as early as Friday, October 30, and accounted for its search and rescue equipment and personnel in their stations around the island of Catanduanes.

The municipal disaster risk reduction and management office in General Nakar town in Quezon conducted clearing operations to cut off unwanted tree branches and debris. Residents living near the coastline were also evacuated their homes.

In the municipality of Quezon, relief goods containing rice, canned goods, egg, and noodles were distributed to its residents.

Manila City Government set up modular tents inside the evacuation site at covered court in Barangay 128 in Tondo.

How are your communities preparing for Typhoon Rolly? Let us know by tagging @MovePH! – with reports from Russell Ku and Alzel Laguardia/Rappler.com