With President Rodrigo Duterte’s State of the Nation Address (SONA) coming up, social media sensations Macoy Dubs and Aling Marie encouraged everyone, especially the “woke boomers” and millennials, to use their platforms to speak up against disinformation and injustices in our country.

They are among those who will be joining the massive protest themed #SONAgKAISA in University of the Philippines Diliman on Monday, July 27, the day of the SONA.

(To my fellow youth, don’t be afraid to speak the truth, because as they say, the truth will set you free, right? And if you’re latching onto reality, you are on the right track. To woke boomers, of course we all know that we have different perspectives about things especially because of our age gaps. Let this current situation teach us that it’s also good to hear both sides.)

Although they can be vulnerable to the newly-implemented anti-terror law given their large platform, Macoy Dubs and Aling Marie encouraged everyone during Karapatan’s #LabanMars chikahan Facebook live event on Saturday, July 25, to not be afraid to air their dissatisfaction with the government.

Human rights lawyer Maria Sol Taule, who was also part of the event, said it is the citizens’ right to call out the government and disagree with its unconstitutional laws and policies, after all.

Marie Dinglasan or Aling Marie, who recently went viral for calling out President Duterte’s diehard supporters, asserted how Filipinos who speak up are not terrorists, but rather people who are exercising their rights.

(Those who speak up, they are not terrorists. It is their right to air their opinions, their feelings, and their emotions. Every person who speaks up is not a terrorist. The reason why we have mouths is for us to speak.)

Macoy Dubs, known for his Tiktok dubs and parody videos, said that government must focus its efforts on resolving the COVID-19 situation in the country instead of targeting individuals who criticize the current administration.

(The one that should be fought is the virus, not the critics. Critics will always be there, whoever takes the seat of presidency in the Philippines. Now, you have a lot of critics because there is nothing good happening in the country.)

Get ready with TikTok dubber and online activist, Macoy Dubs 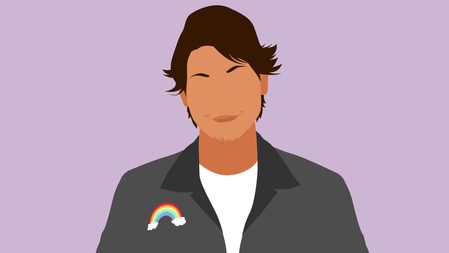 With Duterte’s SONA and the #SONAgkaisa protest nearing, Aling Marie and Macoy Dubs reminded those attending to wear face masks, as well as observe physical distancing and other health protocols. – Rappler.com