Facebook Twitter Copy URL
Copied
With the vision of believing that everyone is a changemaker, Ashoka Philippines aims to highlight community building and grassroots leadership through the initiatives that they will be featuring on the Lighthouse platform

Ashoka, the first and largest network of social innovators in the world founded in 1980, will now be featured on Lighthouse Communities of Action.

The network’s Philippine chapter is well-recognized for conducting civic engagement programs specializing in venture and fellowship, youth changemaking, barangay resilience and innovation, and advancing women social entrepreneurship, all of which are available on their website at www.advancingwse.ashoka.org.

This year, they are also in the process of preparing two projects: a faith-inspired Changemaking Masterclass to members of local faith groups and organizations; and Gubataan, an immersive learning experience crafted to the youth towards permaculture and other environmental practices. 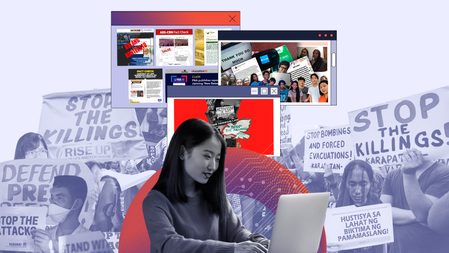 Given their strong advocacies towards helping different sectors, Ashoka is an active partner of MovePH, Rappler’s civic engagement arm, as early as 2014.

In 2017, Ashoka was one of Rappler’s partners in launching #HackSociety, a nationwide summit which aims to harness the new democratic space to crowdsource “hacks” that address key societal issues. Ashoka Global Chair for Framework Change Henry De Sio, Jr. also joined Rappler to talk about “The Changemaker Effect” in society, in alignment with the network’s vision.

In 2021, in time for the National Disaster Resilience Month, they also published an opinion piece on Rappler tackling new ways to effectively respond towards environmental and disaster issues. This was also a way to promote Barangay Resilience Exchange, an initiative Ashoka helped design, to support frontliners and barangay leaders during the COVID-19 pandemic.

“By providing communities and individuals a platform to exercise their agency and changemaking, change will no longer follow a strict hierarchy but will instead be powered by those on the ground, closest to the issues,” Ashoka Philippines Communication Manager Nico Pablo said.

As a Lighthouse community partner, they look forward to amplifying more of their initiatives and community-based programs on the platform.

“Ashoka believes that one of the key ingredients to achieving Everyone A Changemaker™ is through framework change, or shifting narratives and mindsets. With an influential partner like Rappler, we hope to reach more people than we ever had before and inspire them to start or advance their changemaking journey,” Pablo said.

On the Lighthouse platform, they will be featuring stories of changemakers from diverse fields and backgrounds to promote action-oriented initiatives among its readers. Through webinars, summits, testimonials, and on-ground mobilizations, they aim to integrate communities towards social entrepreneurship and social innovation.

“We look forward to engaging more people in our various areas of work as we believe in breaking down silos. We are excited to have access to this credible platform of thought leadership so that we can amplify the incisive insights of our Fellows and community members,” Pablo said.

Check out their Lighthouse page by visiting ashoka.rappler.com. —Rappler.com