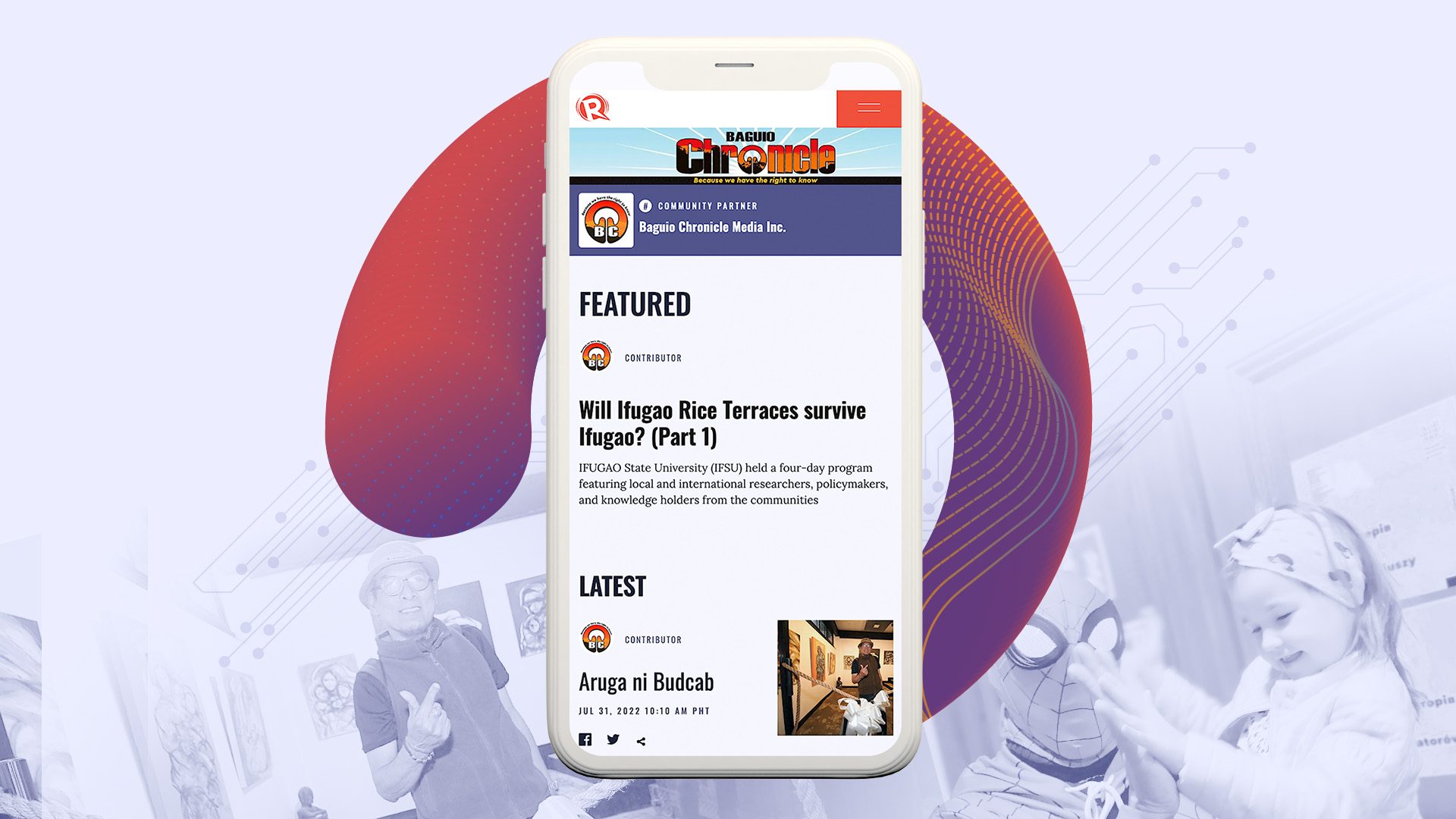 Facebook Twitter Copy URL
Copied
On Lighthouse, ‘Baguio Chronicle’ will release local and regional news, including reports on those on the fringes of society, indigenous peoples, the LGBTQ+ community, and local artists

Rappler welcomes Baguio Chronicle as one of its community partners on Lighthouse, Rappler’s content delivery and community engagement platform.

Established on December 6, 2009, in Baguio City, Baguio Chronicle is the fastest-growing news publication in Northern Luzon today. The publication has an average weekly readership of 20,000, and is circulated in Baguio City, Benguet, Ifugao, Mountain Province, Abra, and the rest of the Cordillera.

The publication is part of #FactsFirstPH and is actively involved in fighting disinformation. Baguio Chronicle helped media outlets during local disasters and other major events by providing them with a platform and linking them to news sources or influencers. The group also works to publicize fundraising events for a cause, such as library and museum building, concerts, and art exhibits.

Among Baguio Chronicle‘s notable efforts is supporting tenants affected by the Baguio Market redevelopment project, as well as in Save 182, an initiative against SM Baguio’s cutting of trees of Luneta Hill.

Aside from joining as a community partner on Lighthouse, the publication has worked alongside Rappler and MovePH through the Palarong Pambansa in Vigan and the fight against the ban on Rappler coverage of then-president Rodrigo Duterte’s events.

Baguio Chronicle hopes to contribute to reports on local and regional news, and those on the fringes of society, including indigenous peoples, the LGBTQ+ community, and local artists. – with reports from Amaya Lilles/Rappler.com

Amaya Lilles is a Rappler volunteer entering her third year at New York University’s College of Arts and Sciences. She is pursuing a major in international relations and a minor in the business of entertainment, media, and technology.

Lighthouse Communities of Action integrates Rappler’s third pillar – the communities we have worked with since Rappler was launched in 2012 – into the platform. It also features collaboration across several efforts through Movements. Know more about this initiative here.

Here are some of our partners’ pages on Lighthouse:

If your organization is interested to partner with us, send an email to move.ph@rappler.com.