Faith and science: Lessons from the 1990 Luzon earthquake TOTALLY DAMAGED. The Hyatt Terraces Plaza right beside a building that did not collapse.

Facebook Twitter Copy URL
Copied
What lessons from the 1990 Luzon earthquake can we apply should the Big One strike Metro Manila?

The magnitude 7.8 earthquake that hit Northern and Central Luzon in 1990 was one of the most damaging earthquakes to hit the Philippines. (READ: Remembering the 1990 Luzon earthquake)

In the first part of this story, Rappler recounts the story of Sonia Roco, the widow of the late senator Raul Roco. For almost two days, she was trapped on the second floor of Hotel Nevada, with no food and water.

If that earthquake – which killed about 2,412 people and caused a number of buildings to collapse – were to happen again today, would we know what to do and what not to do?

What lessons from the 1990 Luzon earthquake can we apply, should the “Big One” happen in Metro Manila? (READ: What dangers await when the West Valley Fault moves?)

While trapped inside, Sonia, her sister-in-law Peachie, and the other survivors did everything they could to be comfortable with the little space they had.

“Around me were papers, an old electric fan and a vase. [I said] this vase, just in case we need to make wiwi [pee], we’ll just use the vase,” Sonia said.

“They were like masikip (crowded),” Sonia recalled. “She kept on saying, ito urong mo dito (move here), ito urong mo diyan (move there). She was trying to fix them up because apparently, what I thought was they were tight. There were many of them in that area.”

As careful as possible

One of the things that make rescue operations in collapsed structures more difficult is the very delicate situation survivors could be in. With the danger of possibly killing another survivor, rescuers had to be very careful with every move they made.

According to Sonia, help didn’t come until morning the next day. They started making noises just so the rescuers would know people were trapped in there. However, the rescue operations had to stop because it was making their situation worse. 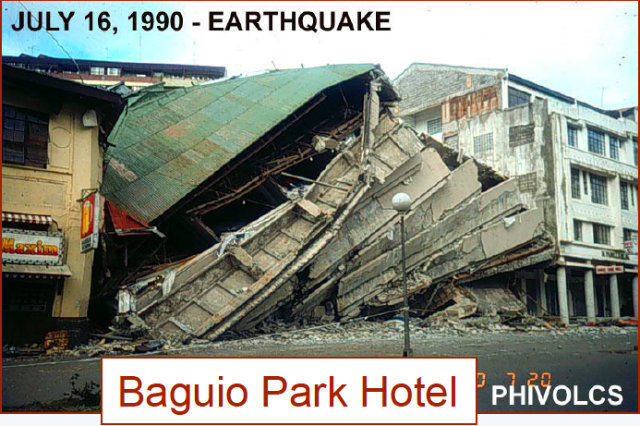 “We could hear jackhammers. They were now pounding on the building and we were all screaming because the more they shook the building, more people would die because they would all be covered by the debris,” Sonia recalled. “We said ‘Stop it! stop it!’ There were so many of us [telling them to stop].”

While those trapped were already in a very dangerous situation, those who were lucky enough not to be stuck in the rubble faced different risks as well.

Colonel Jeff Tamayo, the one who led the Philippine Military Academy’s rescue operations in Baguio Park Hotel and the University of Baguio, recalled how survivors of the earthquake, especially children, died not because of the shaking but because of trying to get out of the buildings.

“Some of them tried. Kumuha sila ng mga kurtina, ginawa nilang pangbaba nila. But you have to remember, ‘pag walang preparations sa high angle ang bata, yung unang hawak niya, pag binitawan niya yan because of fear, eh malalaglag yan,” Tamayo explained. (They used curtains to get down. But you have to remember that if a child is not prepared going down from a high angle, he could lose his grip and he could fall.)

Surviving without light, food, or water could be a challenge. Sonia believes she was able to get through it because of her faith in God.

“Maybe I survived because I prayed and prayed like I never prayed before…I realized that in moments like this, there’s no one else you can go to, cling to…It boils down to your faith, and a little courage,” said Sonia.

While Sonia thinks her faith in God helped her, she also believes that hiding under that table saved her.

A number of times, she had experienced minor earthquakes, yet she claims she still didn’t know what to do.

“All that I know in my mind was to go under a table. It so happened that at the time there was a table…Probably, the roof or the ceiling did not fall flat. It was inclined. And [maybe] the one that was killed right away was on the heaviest part and we were here [where there was a gap] and that is why we were saved,” Sonia explained.

The Philippine Institute of Volcanology and Seismology has been telling the public that the best thing to do when an earthquake strikes is to go under a table to do the duck, cover and hold. (READ: What to do before, during, and after an earthquake)

Miners will play a role

If the earthquake were to happen today, Tamayo believes miners will be of great help as they were in Baguio in 1990.

“Miners are very important for earthquakes because they are the ones closely prepared to deal with earthquakes, especially when looking underground or at collapsed structures.” Tamayo said.

Students, according to Tamayo should be made “aware of what they [miners] do – the capabilities of miners, because they are used to confined spaces. It’s called confined space rescue.”

On social media, netizens who experienced the earthquake also shared their experiences.

Audie Danao Panaligan, who was a Grade 2 student at the time could still remember how her teacher was saved from a falling blackboard because of the desk in front of it.

“Our teacher told us not to panic, and then the blackboard fell on her but it was cushioned by the desk on the platform so it did not totally hit her,” he recalled.

Jayster Jay, who was 3 years old at the time said they suffered bruises, but were able to survive after hiding under a table.

Benigno Asprec on the other hand was in a La Union-bound jeepney on Marcos highway when the earthquake struck. The driver was supposed to go back, but landslides made it difficult for them. In the end, he just braved the rain and walked to La Union, along with other people.

Did we learn our lessons? 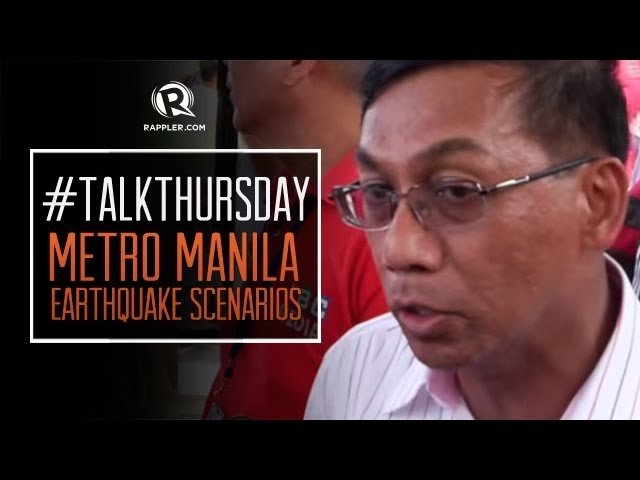 Meanwhile, netizen Panaligan said most people have not learned their lessons yet, nearly 3 decades after the earthquake.

“Yes, I have learned my lesson. Sad to say, but most have not. Baguio’s Urban and Land Use Planning is a bit terrible. You have houses built right in front of each other in some areas, you cannot even tell the back from the front of the house,” he explained.

“There is supposed to be an ordinance that says the buildings must not exceed a height of 4 stories or something, and yet after the quake you have structures that are built up to 7 floors right at the city center,” he added.

In a recent report, Baguio City Mayor Mauricio Domogan said the height limit under the zoning ordinance is no longer applicable, citing policy in California in the United States which allows buildings up to 48 stories. California sits on an earthquake-prone area, which features the dreaded San Andreas Fault. (READ: Rush to progress? Baguio allows taller buildings after 1990 earthquake)

Domogan cited findings of studies by experts which showed that the destruction of buildings in the 1990 quake was due to alleged poor structural design, thus magnifying the earthquake damage. He said the height of buildings allowed in the city depends on soil tests – whether the proposed building can be supported by the ground underneath it.

In 1992, around two years after the Luzon earthquake struck, the National Structural Code of the Philippines, which prescribes requirements to ensure that homes and buildings will not sustain major structural damage when an earthquake strikes, was updated to conform to most recent standards.

Various earthquake drills and information campaigns are also regularly conducted in different parts of the country.

Are we now ready for the “Big One?” – Rappler.com

NEXT: Can your house withstand major earthquakes?