As groups band for relief, Filipinos call for sustainable solutions after Typhoon Odette Just like clockwork, Filipinos were quick to crowdsource immediate relief needs to be brought to affected communities after Typhoon Odette left a trail of destruction in parts of Visayas and Mindanao.

As of writing, Rappler’s civic engagement arm MovePH has collated and verified more than 70 relief initiatives led by various academic institutions and organizations, religious groups, and businesses across the country. This does not yet include relief efforts led by individuals or shops that have pledged a portion of their profits for donation. 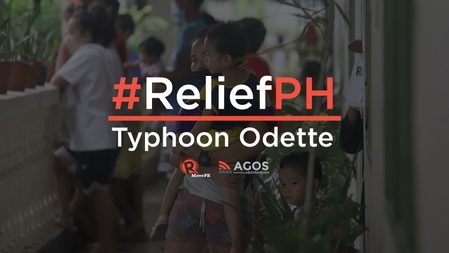 This show of bayanihan ranged from collecting and packing immediate relief needs such as hygiene and food kits; opening temporary shelters; offering free charging sites; and collating calls for rescue, relief, among other needs to help affected communities.

Bayanihan to the rescue

Some groups like the Bukluran UP System focused on mobilizing volunteers to monitor public posts and reach out to families struggling to connect with loved ones in the provinces due to broken electricity and telecommunication lines.

To accommodate those who lost their homes, schools like the University of San Carlos in Cebu opened its doors to shelter typhoon victims.

Private establishments and universities also put up free charging stations for gadgets and free WiFi services to be able to communicate with their loved ones such as the University of San Carlos – Downtown Campus, SM Seaside City Cebu, and Robinsons Galleria Cebu.

Meanwhile, others took the holiday season as an opportunity to channel their talents and skills to raise more funds. For example, volunteer musicians and local artists of Ambagan PH – Zamboanga Peninsula and Ambagan PH conducted online Christmas caroling to raise funds for typhoon victims.

UP Artists’ Circle Fraternity, on the other hand, is selling artworks and literary pieces to generate funds, which will be directed to the relief operations of the Community Pantry PH.

Efforts directed in relieving the plight of women were seen as well, as The We Bleed Red Movement PH packed menstrual kits for Typhoon Odette victims.

A post shared by We Bleed Red Movement PH (@webleedred.ph)

Animals were not left behind in this effort. The Pawwsion Project, together with Puppy Puddle Siargao, also initiated a donation drive for animals in affected areas.

Cooked food was also given to affected communities. The Community Kitchen Project has already mobilized its community teams in Visayas to feed families in typhoon-hit areas including Bohol. Meanwhile in Negros, Youth Empowering Youth Initiative Inc., Negrosanon Young Leaders Institute Inc., Linghod, and Youth for Climate Hope have been leading community kitchens in evacuation centers in the area.

Some groups did not work alone or in silos. Many worked together to further amplify their efforts and re-echo their views. An example of this collaboration is the initiative headed by the Youth Advocates for Climate Action Philippines (YACAP) with Agham Youth National, UP Green League, UP Zoological Society, UP Association of Biology Majors, and Saribuhay National.

As of December 22, this joint initiative has already gathered over P350,000 in donations for Typhoon Odette victims.

This isn’t the first time that bayanihan has given affected communities the support they need during disasters. This was seen at the onset of the pandemic, in the aftermath of typhoons Ulysses and Rolly, and even in the rise of community pantries across the country.

As groups once again band together to help following Typhoon Odette, several groups lamented the constant need for bayanihan to fill in the gaps of government’s response measures to disasters. This came especially after Philippine President Rodrigo Duterte claimed government funds for responding to the typhoon are “immensely depleted” by the COVID-19 pandemic. He later promised to find P10 billion in government funds for initial response.

In a statement, People for Accountable Governance and Sustainable Action (PAGASA PH) said “when Duterte says there is no money, we know this is a lie. Even as we stand in solidarity with those in need, doing the work the government should be able to do, we keep this in mind and know that we deserve better.”

The group is among those leading relief initiatives to help communities affected by Typhoon Odette.

The need for more sustainable solutions to be put in place

Although it acknowledged the efforts of local governments and other stakeholders to evacuate residents, Aksyon Klima Pilipinas emphasized the need for more sustainable measures that would mitigate the impacts of disasters.

“We commend the efforts of local governments and non-government stakeholders who initiated the evacuation of millions of residents and prepared as best as they can in anticipation of Odette’s impacts. Despite their best efforts, many areas across Visayas and Mindanao experienced disastrous effects that would disrupt their normal operations,” the group said.

The Climate Change Commission (CCC) pointed out that Typhoon Odette “is a stark reminder of how extreme weather can destroy entire towns and cause the suffering of millions in several hours of landfall.”

Extreme weather events and other climate impacts are expected to become more severe, especially as the level of global warming continues to increase. The CCC urged national agencies and government to start climate-proofing the country to avoid another iteration of Typhoon Odette’s devastation.

“National agencies and local government units must have stronger consideration of climate science in crafting policies and implementing projects and programs for our most vulnerable regions, as well as for companies, businesses, and households to be more aware of the specific climate risks and hazards in their area. A systems-wide transformation is essential to climate-proof our future and will entail a shift in every aspect of planning and investing for development,” it said.

Alyansa ng Kabataang Mindanao Para sa Kapayapaan (AKMK) echoed this sentiment, saying government and private sectors must do away with the “business as usual” framework.

Remembering the devastation left by Typhoon Sendong in Iligan City and Cagayan de Oro City in 2011, it said that the issues faced by internally displaced families still exist 10 years after as seen in the impacts of Typhoon Odette now.

AKMK called for stronger community-based disaster readiness and risk reduction measures, as well as a speedy response and recovery to affected communities.

“To our fellow Filipinos, now more than ever we must work together to help out our fellow kabayan in recovering [from Odette]. However, we must not simply treat these disasters as something to get used to — our fight continues for genuine climate justice, for local and world leaders to treat the climate crisis like a crisis,” Jon Bonifacio, the national coordinator of Youth Advocates for Climate Action Philippines,  added.

“We also call on all candidates for national positions in the 2022 Philippine elections to not simply use this tragedy as an opportunity to shamelessly promote their campaigns, but also prioritize the climate and environment agenda in their platforms. We also expect our next leaders to further empower local stakeholders to avoid or minimize losses from climate-related disasters,” added Galicha.  – Rappler.com

Nothing is too big nor too little to help. Here’s a rundown of initiatives where you can volunteer or donate as a holiday present for those in need.