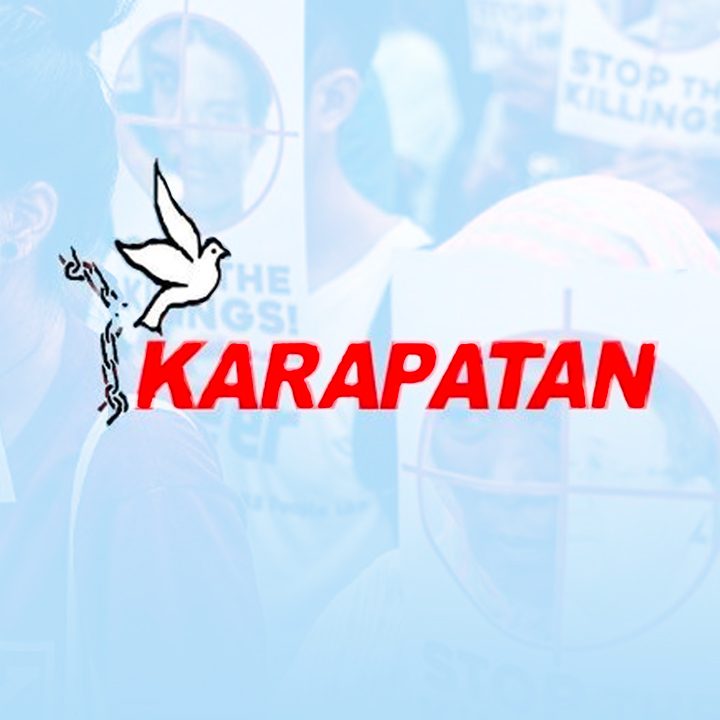 Facebook Twitter Copy URL
Copied
'This recognition is a strong statement of solidarity and an affirmation, above all, that the work that we do as human rights defenders is not a crime or terrorism,' says rights group Karapatan

An international organization has recognized rights group Karapatan for its unrelenting defense of human rights in its home country despite the challenges of promoting its advocacy in the Philippines.

“They are human rights defenders whom the government of Philippines regularly targets, and we hope this award, and our ongoing partnership, helps shine a bright light on their efforts and shields them from additional threats,” Breen added.

Human Rights First has been giving out the annual award for more than three decades to recognize “the work of courageous activists on the frontlines of the struggle for freedom and human rights.”

Karapatan said in a statement that the recognition highlighted the important work that they do as human rights defenders especially at a time when members of the group are being red-tagged by the Duterte administration and labeled as terrorists.

“This recognition is a strong statement of solidarity and an affirmation, above all, that the work that we do as human rights defenders is not a crime or terrorism – it is a just and essential endeavor in the midst of tyranny and oppression. Let this be a strong rebuke to the murderous ways of this administration and a clarion call for justice,” Karapatan said.

It also noted that the award “comes at a crucial time, against the backdrop of a rapidly deteriorating human rights crisis and alarming democratic backsliding in the Philippines, and this award is a recognition of the tremendous challenges we currently face amid worsening attacks on human rights defenders, police brutality, militarization, and the narrowing of civic and democratic spaces in the country.”

“Being a human rights defender in the Philippines is no easy work – and throughout the years, we have faced various forms of reprisals, threats, and harassment for the work that we do in exposing human rights violations and challenging state policies that endanger our hard-won rights and freedoms,” it added. The group dedicated the award to 15 human rights workers from Karapatan who have been killed in the past five years – nearly 70 since 2001– and human rights defenders who are imprisoned or are facing judicial harassment and threats.

They include human rights worker and former campaign and education director of Karapatan-Negros Zara Alvarez and Karapatan coordinator Elisa Badayos who were killed by still unidentified perpetrators.

Karapatan, which has more than 40 member organizations and 16 regional chapters across the country, has consistently addressed the issues of extrajudicial killings, enforced disappearances, political prisoners, and militarization in the country.

“Our work and struggle for people’s rights and just and lasting peace has cost the lives of our brave and dedicated colleagues and many other activists and dissenters in the Philippines,” Karapatan said. – Rappler.com