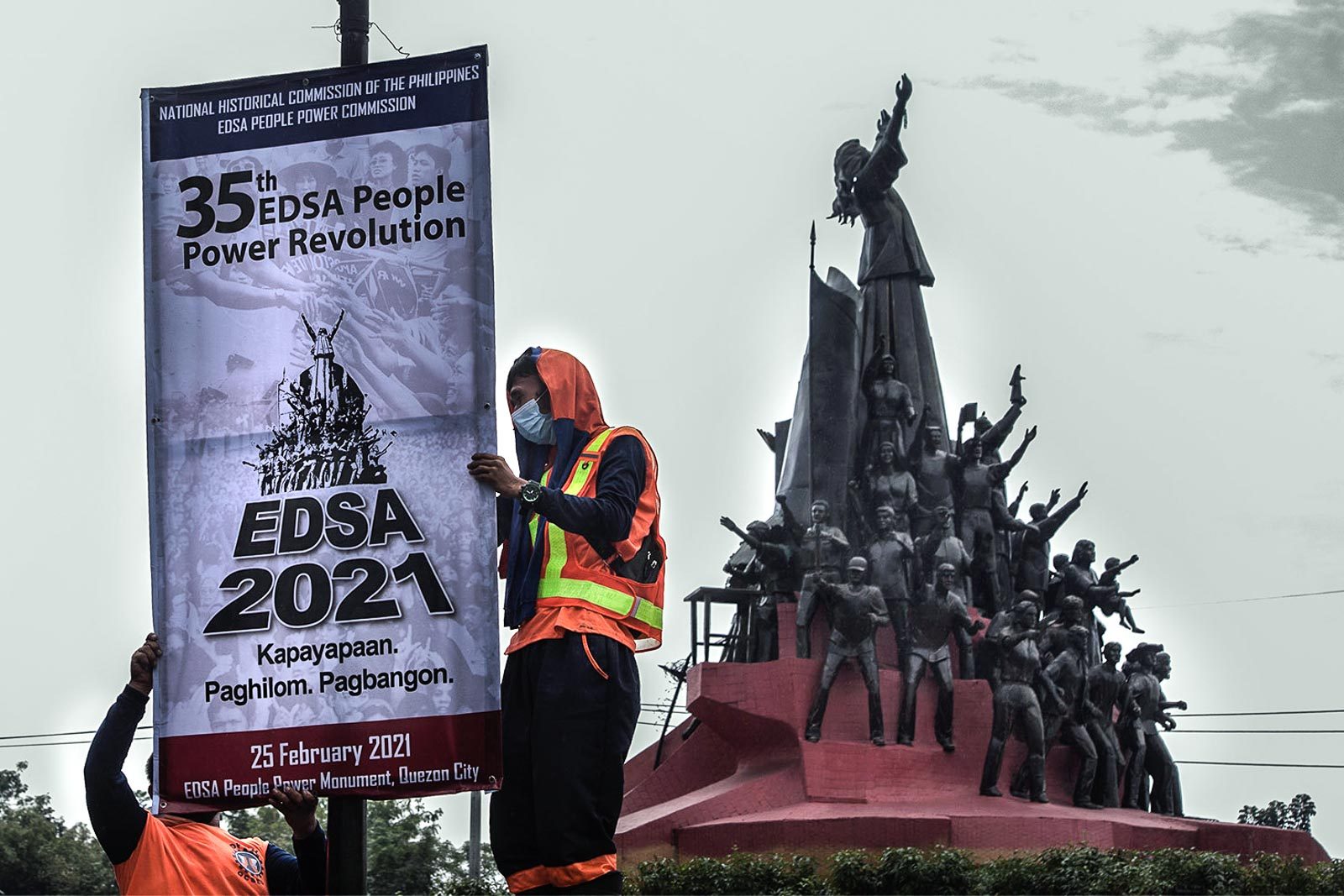 PEOPLE POWER. A DPWH worker spruces up the Edsa People Power Monument in Quezon City on February 23, 2021, in preparation for the 35th EDSA People Power Revolution anniversary that toppled the Marcos dictatorship.

Facebook Twitter Copy URL
Copied
For netizens, the EDSA People Power Revolution anniversary serves as a reminder of the power of united Filipinos to stand up against tyranny and injustice

Filipinos online revisited the lessons of the EDSA People Power Revolution as the whole nation commemorated its 35th anniversary on Thursday, February 25.

On February 25, 1986, millions of Filipinos from all walks of life marched as one to topple dictator Ferdinand Marcos, paving the way for the return of democracy in the country.

Six presidencies later, democracy in the Philippines has come under threat as human rights abuses, attacks on the media, and assault against academic freedom persist under the Duterte administration.

Commission on Elections (Comelec) spokesperson James Jimenez and other netizens said Filipinos can best commemorate the EDSA anniversary by registering to vote.

Others called on Filipinos to reject historical revisionism.

Netizens also said that the EDSA People Power Revolution should serve as a constant reminder for Filipinos to stand up against threats to democracy, including the controversial anti-terror law.

Former University of the Philippines Student Regent Raoul Manuel believes that if Filipinos can topple a dictatorship 35 years ago, they can certainly do it again.

Some netizens said the EDSA Revolution serves as reminder of the power of united Filipinos to stand up against tyranny and injustice.

Other netizens said that the 1986 Revolution was not entirely “bloodless” as many lives were lost during the Marcos years, and that upholding the vision of EDSA is a way to honor these people.

– with reports from Eala Nolasco/Rappler.com