In 2020, online personalities and celebrities redefine being an ‘influencer’ 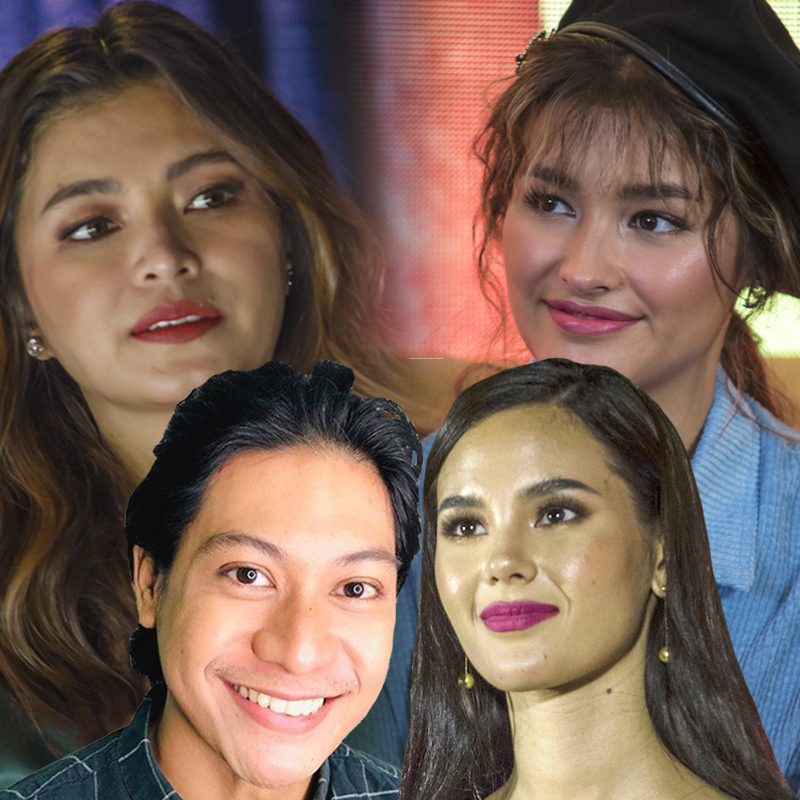 Facebook Twitter Copy URL
Copied
While many netizens say entertainers should stay out of politics, several celebrities and online personalities use their influence to put a spotlight on the Philippines' issues

Not even the rise of red-tagging and cancel culture can suppress the growing voice of Filipino dissent as celebrities and online personalities use their platforms to speak up on issues hounding the Philippines.

While many netizens said that entertainers should opt to stay out of politics, several celebrities and online personalities refused to simply be known for just entertainment.

Although it’s common for “influencers” to use their star power to bring attention to fundraisers and causes, others, meanwhile, used their influence to demand a stronger pandemic response from the government, defend medical frontliners, and amplify calls to junk the anti-terror law, among others.

“Influencers” saw the need to express their dissent in a bid to hold government accountable and help out their fellow Filipinos.

One thing that Filipino celebrities and personalities could not look away from was the impact of the pandemic on the Philippines.

As the threat of COVID-19 lingered and strict quarantine measures were imposed, many Filipino families bore the brunt of the pandemic and struggled to gain enough income to feed their families. This was especially seen when residents of urban poor community Sitio San Roque took to the streets last April 1 – some to protest and others to merely look for food.

While it was clearly a cry for help, 21 residents were swiftly arrested instead of being given aid. This became the tipping point for a number of celebrities who had previously chosen to stay away from the limelight when it came to speaking out on social issues.

Stars such as Lauren Young and Alessandra de Rossi took to social media to decry the arrest and say that violence should never be an option during the pandemic, a time when Filipinos are already both scared and hungry as it is.

“COVID exposed the government for what it really is. The people need help, compassion (minus Koko), and transparency, not threats and lies,” actress Nadine Lustre said in an Instagram story.

Celebrities embraced the responsibility that came with expressing themselves. Using their growing platforms to make clear political positions meant being held accountable for their activism, as their influence reaches millions of Filipinos.

“For me, the term influencer should be given to the ones who are socially relevant, give back to the community, help in the country, and at the same time, promote good,” comedian Macoy Dubs shared in a Rappler Talk last August 25.

Over the course of the year, more personalities continued to speak up about the gaps in pandemic response, especially as the government lagged behind in cushioning the blow of the nearly yearlong crisis on the country’s economy and healthcare system.

Personalities including Angel Locsin, Sam YG, and Bianca Gonzalez-Intal rallied behind medical frontliners, asserting that it was COVID-19 that was the enemy rather than those in the healthcare system. This was after President Rodrigo Duterte lashed out at them for publicly airing their concerns over the continued rise in coronavirus cases.

Aside from the pandemic, 2020 also came with a nationwide clampdown on dissent, with press freedom suffering one of the biggest blows in recent history. This year saw the shutdown of ABS-CBN after lawmakers dragged their feet in renewing its franchise.

The first time ABS-CBN was shut down was during the late dictator Ferdinand Marcos’ Martial Law, when he seized control of the network and other media outlets.

As many of these attacks to press freedom hit close to home, celebrities were prompted to join the fight by making their voices heard. This was no easy feat, as it also meant receiving more aggressive backlash from internet trolls and even top officials.

Enraged by the ABS-CBN shutdown in July, celebrities took to the streets to protest the decision of the House committee to reject the embattled media network’s franchise application. Among those who joined the protest were Kathryn Bernardo, Daniel Padilla, Angel Locsin, and Alex Gonzaga.

Locsin even called on fellow artists who have yet to speak out about the shutdown to stop being silent. In doing so, other celebrities quickly followed her lead. On her social media accounts, singer and actress Sarah Geronimo issued a lengthy statement, saying it was important for everyone to unite as “one family” as thousands of ABS-CBN employees faced the prospect of losing their jobs in the middle of a pandemic.

Online personalities likewise joined the fight in redefining what it means to be an influencer in 2020.

Mark Averilla, more commonly known as Macoy Dubs, rose to internet fame owing to the wit and socially progressive views expressed through the persona “Aunt Julie.” Along with social media sensation Aling Marie and other Filipino influencers, they filed a 52-page petition against the anti-terror law and encouraged everyone, especially “woke boomers” and millennials, to find their voice in speaking up against disinformation and injustices in the country.

Macoy Dubs’ fight was not without struggles, however, as they* were apparently “canceled” by some netizens on Twitter for expressing political views through their* Aunt Julie character.

(The bashing piled up when I started to post about my political positions…As Mark Averilla, I admit my energy did go down…Even though it was Julie who got canceled, she’s still somehow connected to me because I am Aunt Julie.)

Even actress Liza Soberano was not spared from backlash after she used her platform to speak up about social issues that cropped up during the pandemic. A day after she spoke at a Gabriela Youth webinar titled, Mga Tinig ni Nene: Reclaiming Our Voices on the International Day of the Girl Child to call on other influencers to support advocacies concerning women and children, the hashtag #BoycottLizaSoberano trended on Twitter in an attempt of internet trolls to discredit the actress.

The attacks did not end there. In a statement through the National Task Force to End Local Communist Armed Conflict (NTF-ELCAC) Facebook page, Lieutenant General Antonio Parlade Jr warned Soberano that if she continued to support Gabriela, she would suffer the same fate as activist Josephine “Jo” Lapira, the 22-year-old student from University of the Philippines Manila who was killed in a clash between government troops and suspected members of New People’s Army (NPA) in 2017.

2018 Miss Universe Catriona Gray was not spared from this threat, as Parlade also dragged her name in his public statement and warned her against associating with Gabriela and other rights groups and “follow[ing] the path” Angel Locsin took. He had previously accused Locsin and her sister of having ties with the NPA – a false claim.

The Miss Universe winner did not take the red-tagging accusation lightly, as she urged government officials and other people from different fields to research and fact-check first before making public statements. She also asked that if there were warnings or advice that need to be said, “it would be done in the proper means.”

While Catriona Gray was able to get an immediate apology from Parlade, Locsin had to take to social media to call out Parlade and demand an end to the “baseless and reckless” red-tagging that has compromised the safety of his targets.

She clarified that neither the actress, her sister, or her nephew (not uncle) human rights lawyer Neri Colmenares are part of the New People’s Army; and called on authorities to correct their dangerous mistake. (READ: Angel Locsin: Red-tagged celebrity)

“We live in a country where our freedom to speak and express ourselves are enshrined and protected by the Constitution. May paniniwala ako, may paniniwala ka. At sa ilalim ng Constitution, pareho tayong mayroon karapatan sa ating nga sariling paniniwala,” she said.

(I have my beliefs, you have yours. And under the Constitution, we are both entitled to our own beliefs.)

Taking her call to demand an end to red-tagging a notch higher, Locsin took to Instagram to share a picture of her in a red dress, wearing red lipstick, and captioning it with the hashtags: #NoToRedTagging and #YesToRedLipstick.

Celebrities, including Cherry Pie Picache, Agot Isidro, and Pia Magalona likewise shared photos donning red lipstick, standing in solidarity with Locsin and other women who are “trying to be silenced by the powers that be.”

With the next election coming in 2022, celebrities will again be challenged to step away from their studios and sets and use their influence to reach millions of Filipino voters. At this crucial point in the country’s history, we’ll just have to see how our favorite stars will make their voices heard. – Rappler.com